The belated attempt by the left to cover their hypocrisy on sexual predators by throwing Bill and Hillary Clinton under the bus once they have no further political use for them is staggering. They forget their mantra that his being serviced by Monica Lewinsky in the Oval Office was personal and didn’t matter as long as he was doing a good job as President. It was the GOP, you know, that was waging a war on women.

Republicans were the predators, as serial accuser and so-called feminist lawyer Gloria Allred reminded us when she appeared with a box of tissue and victims to accuse GOP candidates Herman Cain, Donald Trump and, now, Judge Roy Moore, She is not going to be found at a press conference with the victims of Sen. Bob Menendez, Sen. Al Franken, and Rep. John Conyers.

The “right on the issues” defense does not apply to Republicans like Judge Roy Moore, nor does the presumption of innocence. Democratic hypocrites rushed to condemn Moore faster than you can say “Anthony Weiner”. Franken, Menendez and Conyers are right on the issues, which may be why the chorus for their unseating is, to say the least, somewhat muted. Judge Moore has been accused of dallying with underage girls, which is a charge his accusers are mysteriously not bringing up against Bill Clinton, a frequent passenger on the jet of accused pedophile Jeffrey Epstein. As noted by the website Gawker:

Epstein pleaded guilty in 2008 in Florida to one count of soliciting underage girls for sex (and one count of adult solicitation), for which he served just over a year in county jail. But sprawling local, state, and federal investigations into the eccentric investor's habit of paying teen girls for "massages"—sessions during which he would allegedly penetrate girls with sex toys, demand to be masturbated, and have intercourse—turned up a massive network of victims, including 35 female minors whom federal prosecutors believed he'd sexually abused. He has reportedly settled lawsuits from more than 30 "Jane Doe" victims since 2008; the youngest alleged victim was 12 years old at the time of her abuse.

Bill Clinton had a habit of ditching his Secret Service protection when flying with child predator Epstein on his “Lolita Express”:

“Bill Clinton … associated with a man like Jeffrey Epstein, who everyone in New York, certainly within his inner circles, knew was a pedophile. Why would a former president associate with a man like that?” said Conchita

Mr. Epstein was arrested in 2005 and signed a plea agreement in 2007 with the U.S. Attorney’s Office, accepting a single charge of soliciting prostitution. He agreed to a 30-month sentence, registered as a “Tier 1” sex offender with the U.S. Virgin Islands and paid dozens of young girls under a federal statute providing for compensation to victims of child sexual abuse.

It is not known how many times Bill Clinton had his seat and tray table in the upright and locked position when flying with Jeffrey Epstein or whether their conversations revolved around golf and grandchildren. It is not known why Clinton flew so many times with a child sex predator. Given Bill Clinton’s track record and Epstein’s expertise on procurement, one doubts it was to solicit donations to the ClintonFoundation. As the Fox News report noted:

2 posted on 11/27/2017 10:58:08 AM PST by humblegunner
[ Post Reply | Private Reply | To 1 | View Replies]
To: Starman417
“Bill Clinton … associated with a man like Jeffrey Epstein, who everyone in New York, certainly within his inner circles, knew was a pedophile. Why would a former president associate with a man like that?” said Conchita

One can only suppose that this was a lot more fun than talking to AD Loretta Lynch on the tarmac.

Epstein’s number one sex slave back then was Virginia Roberts, and she remembers seeing President Clinton on Pedo Island at the dinner table. Jeffrey gifted the former President two underaged Russian girls. Virginia never saw Bill do anything with them. I’m sure they discussed world hunger and disaster relief policy back in his cabin.

Imagine if Bill Clinton had never flown on the Lolita Express but Roy Moore had flown 26 times. Just imagine.

between burkle & espstein, Clinton has enough Frequent Flier miles for a one way ticket to the moon.

There may be some good lines on that page. I have made it a habit not to visit blogs such as this. I do not like seeing Free Republic used to pimp their sites.

There was no reason to excerpt the content from this site other than to mine FR users for clicks and impressions income.

Their crass greed far exceeds their value as a writer or political commentator.

Perhaps she wore a helmet...see below.

Having transient, convenient, and selective amnesia allows for a false plausible deniability and has apparently become an endearing quality to her supporters. She just claims not to remember, blames her memory loss on the 2012 concussion, insists that people accept that as an excuse, it then turns it into a false apology, and it's all GOOD. See how this works?

Can anyone help out filling in the tick-tock on the following time line? Where was Huma? Did Huma take medical leave? Is there a flight log as to what kind of aircraft the State Department assigned to her in this time frame? Did the State Department either damage a C-12 Huron or is there one missing from the inventory? Did she start negotiating with Iran on the nuke deal in this time frame? Will Assange have more "personal" emails in the Dec 2012-Feb 2013 time frame which may reveal more?

Helmet given to Hillary from her staff "for the next time she flies".

LSM doesn’t report these stories, so only we right wing conspiracy nuts pay any attention. Until you can get the LSM to tell the story, it will either remain unknown among the uninformed electorate, or derided as a lie by lefties who have heard it. Father God, in the Name of Jesus, please expose the corruption and clean up our country, I pray.

He is given a pass from the complicit media and his lib peers - but everyone knows he's a scumbag.

“What difference does it make? It was so long ago. Now, about Romney in high school ....” 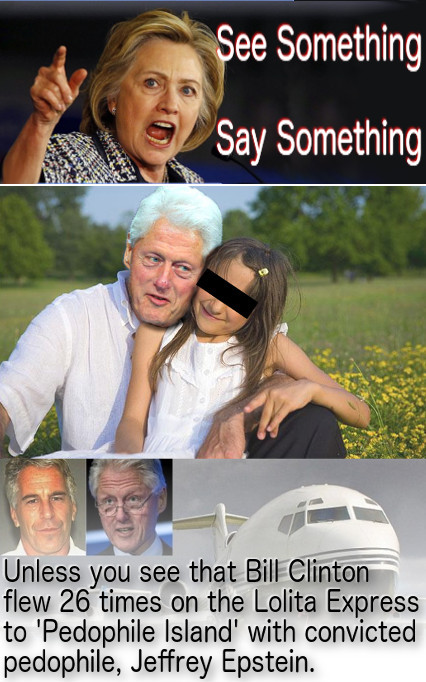