McKinney, Texas, has joined Ferguson, Missouri, and Baltimore as cities known not for their business, tourism, climate or economy, but as communities torn apart by racial controversy.

The Texas town has been targeted by protesters since a video of a white police officer confronting a mostly black crowd of teenagers went viral, leading to claims of police brutality.

But some commentators say the drama in Texas is the latest case of racial agitators deliberately dividing Americans for their own personal gain.

Colin Flaherty, the author of “White Girl Bleed A Lot: The Return of Racial Violence to America and How the Media Ignore It,” says he is outraged at how the press has distorted the story.

“I am constantly amazed at how local and national media are able to ignore and deny basic facts of a story,” he said.

“In this case, huge numbers of black people were trespassing at a private pool, attacked the white people at the pool, bullied and attacked their children, destroyed property and the entire time used racial epithets. And when they were asked to leave, they attacked the security guard.”

Brent Embry, a black local resident, posted a message on Facebook charging “THUGS” were responsible for crashing the party.

According to Embry, it was a security guard, overwhelmed by sheer numbers, who called the police. Embry has reported being called an “Uncle Tom” because of his comments denying the incident was about race. His posting on Facebook has since been taken down... 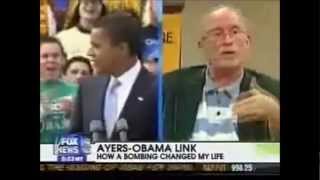 You know the real name that you call a "Community Organizer" ?

Rules For Radicals, by Hillary and Obama’s idol Saul Alinsky:

And on social media, there’s a video going around, about how put upon black men are by white society, how they have to be careful how they walk down the street, make sure that white women know that they have nothing in their hands, nothing to fear, that they are human, and not thugs.

It misses the most simple point: the growth of fear comes not from how they are, but how so many black people attack anyone and anything for any reason what so ever.

The problem is within the black community, and these marches, just like every other march, needs to turn around and head back to the communities where they started, find the young people, sit their rumps down, and explain to them very carefully that they aren’t putting up with it anymore.

They need to march against the drug dealer, the rapist, the mugger, the robber, the murderer.

Because, honestly, they’ve made it simply impossible to do the job for them. Look at Baltimore; who wants to perform ‘aggressive’ policing? A thug with a knife gets six officers facing time in prison.

In Ferguson, a thug tried to grab a cop’s gun after beating on him in his vehicle, gets shot down while charging that officer, and he’s now retired off the force.

The problem isn’t the racial makeup of the police force, or the over aggressive police tactics, it is about a community that fosters and glorifies thug culture. Who thinks the problem of nearly half of the black men in their community being in prison is the fault of some white conspiracy. Who will march for the death of a black thug and don’t when some thug sprays bullets that kills a 3 year old.

Yes, figured the truth would come out quick as to what happened at this pool. But hey, the cop has already resigned. Yet another victory; how many black people will die at the hands of other blacks because of this victory?

It’s not a problem with community. It is a problem in their genes. Sorry to say that, but look at every single black community in the world.

5 posted on 06/09/2015 10:58:42 PM PDT by FreedomStar3028 (Somebody has to step forward and do what is right because it is right, otherwise no one will follow.)
[ Post Reply | Private Reply | To 4 | View Replies]
To: kingu
This comes within a few days of the rap concert in NJ that featured a large group of people trying to storm the gates so they could get in for free. I'd say that this isn't a coincidence, but is probably flash mob-type activity being organized by the usual agitators.
6 posted on 06/09/2015 11:00:58 PM PDT by Major Matt Mason ("Journalism is dead. All news is suspect." - Noamie)
[ Post Reply | Private Reply | To 4 | View Replies]
To: 2ndDivisionVet

All these incidents are necessarily similar.

It's to take people's attention away from the upcoming economic collapse.

Every week it’s gotta be something for idiots to be outraged about. Especially when there are few facts to go on.

Pointing out the truth is racist...or something...

You richly deserve a lifelong ZOT for channeling the thoughts of Margaret Sanger, founder of the leftist abortion mill, Planned Parenthood. Attitudes such as this are just a step away from advocacy of genocide through mass abortion of those deemed genetically inferior. 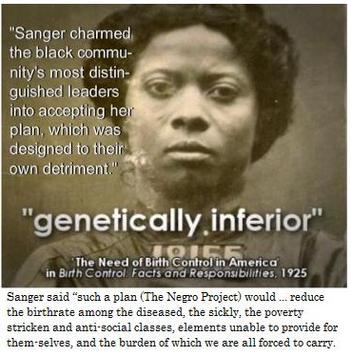 There is something wrong and it goes deeper than community. I would never condone genocide, but the “thug” certainly has something wrong with him. If you didn’t understand the context of this post.

But blacks as a whole everywhere in the world cannot seem to rise above savagery. That’s a truth. An easily verifiable one. The black people I do know that aren’t living thug life ghetto slummin are surrounded by white people. So you tell me what it is then, since you just labelled me a genocidal maniac racist.

It's not genetic in any way, shape or form -- it political. Conservative blacks meet or exceed every known metric of intelligence, income and responsible behavior.

A liberal white is just as thuggish as is a liberal black. That's indisputable. Take Vermont as but one example of this as proof positive. The state is over 95% white but elected Bernie Sanders, clearly a traitor and enemy to America. He's a thug every bit as much as Trayvon Martin and Freddy Gray.

Where some of my relatives work, if that officer hadn’t pulled his gun he’d probably be dead.

I never realized until now how much 60s Hillary looks like her paramour, Saul.

What I want to hear about and what no one is talking about is Tatyana Rhodes and her mother LaShana Burks. All we are hearing about is the police officer and NOT the two women that were the cause of it all. I want to hear about Tatyana, who is 20, and what kind of scheme she had going with her DimeBagPiece Make It Clap gig. This event was supposed to be for kids? The HOA had ok’d it? Come on ‘newspeople’, and I use the term loosely, I want to hear what these people were thinking.

And their point man is CNN!