I got an email from the DNC yesterday and I totally misread the subject line: I thought it said “BBQ Barack.”

I thought they were planning one of those classic “Celebrity Roasts” butt I should have known that was wrong - Barry being as prickly and famously thin-skinned as he is.

It actually read: “BBQ With Barack” – they’re raffling off a chance to “man the grill” with Big Guy! So to speak. 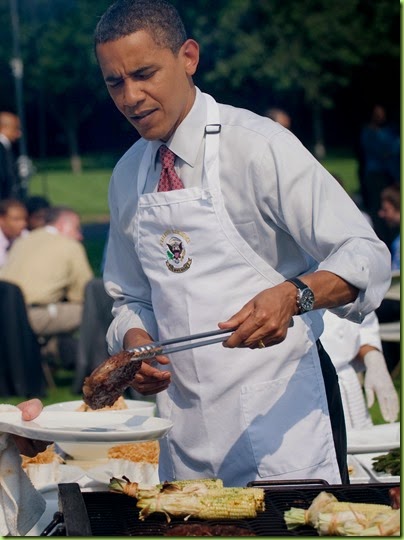 Yum-mo! Look at that little black shriveled up piece of meat! (Is that racist?)

Umm, thanks Joe, for the invite, butt no. I’ll be in Detroit that weekend, marching in a Labor Day parade. 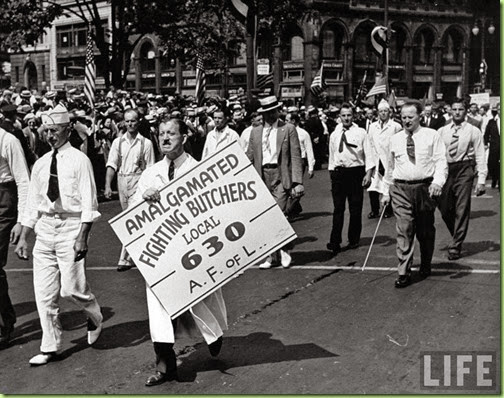 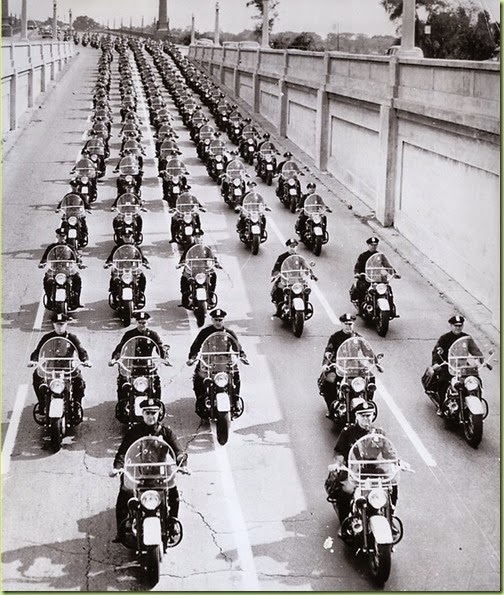 Detroit motorcycle police on Labor Day weekend 1954, preparing for the influx of holiday traffic. I sure hope they don’t act stupidly.

I tell you what though, I’ll send a crock of my homemade baked beans to pass around at the BBQ, 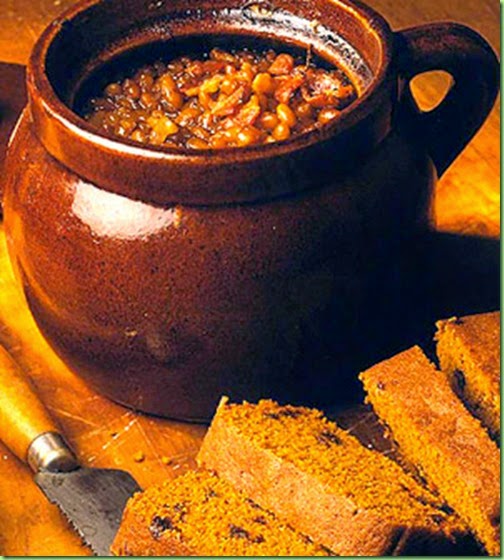 …and you guys can stick around tooting Big Guy’s horn all night long.

Hey, I’ve got an idea! How about a baked bean recipe throw down! I’m sure Barry and Bobby would approve. 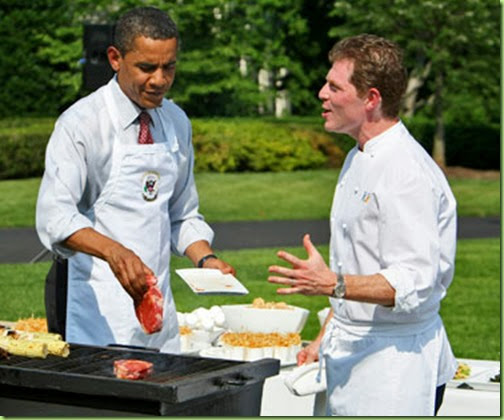 Come on man, pay attention! You can’t just throw things on the fire and walk away! 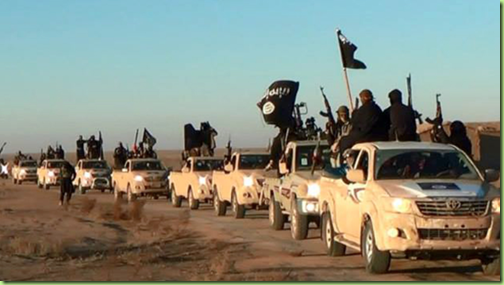 If you catch my drift.

Perhaps Gordan Ramsay will show up and provide helpful advice.

WHAT no invitation to the Big Event pf The Year??