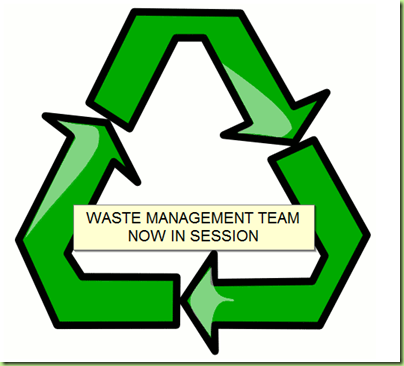 Starting with the recycling of your money: 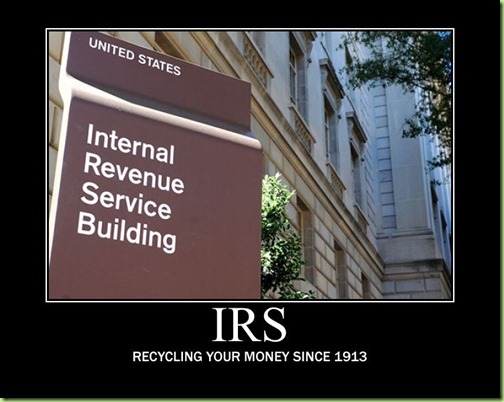 The IRS: taking money from you to give to somebody else in order to grow the economy since 1913:

“Let me say that unemployment insurance… is one of the biggest stimuluses (sic) to our economy. Economists will tell you, this money is spent quickly. It injects demand into the economy, and it’s job creating. It creates jobs faster than almost any other initiative you can name.” – Nancy Pelosi

And speaking of Ex-Speaker Pelosi, she’s a huge fan of recycled plastic:

Before recycling, and after: See – plastic recycling works!

Of course Washington compost isn’t limited to taxes. We compost and recycle just about anybody’s bull s**t around here; from the smallest little turds: 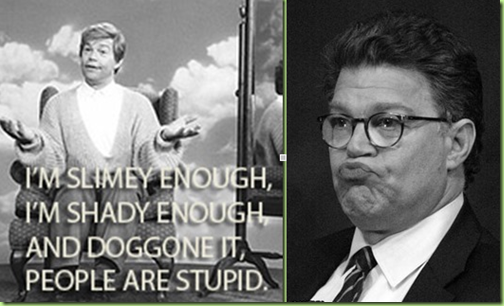 to the really, really big piles of… garbage: 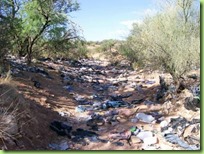 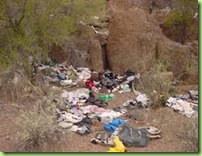 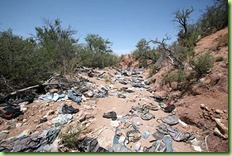 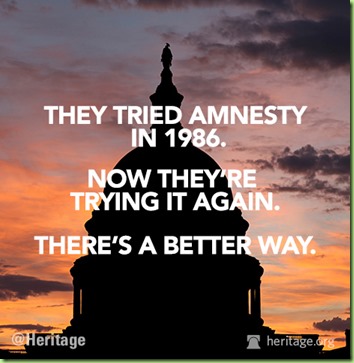 Although I can see how his plan might create needed new jobs for the godfathers of the New Jersey Mafia Waste Management companies. 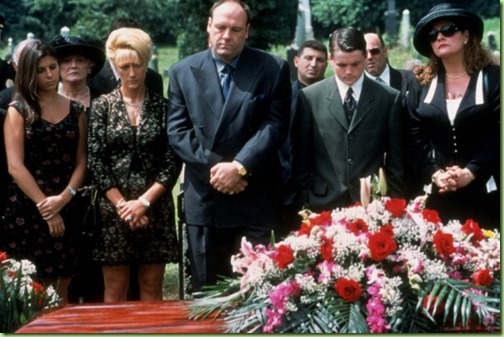 “It was a terrible, terrible accident: He was laying in the middle of the road and a garbage truck ran over him. Twice.”

Butt enough about that compost - Big Guy, Lady M the Wee Wons and moi are now in Ireland, getting in touch with our black Irish roots again. 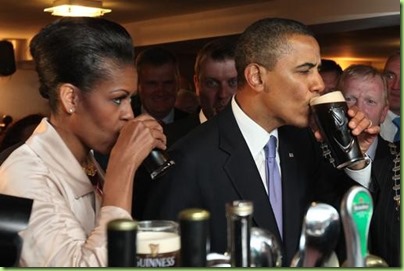 This, despite Prime Minister Cameron’s not-so-subtle suggestion that “world leaders leave their spouses at home” for this G8 visit. Oh, wait; he said world “leaders” didn’t he?)

Here are a couple of recent pictures of our “firm” commitment to plastics: on the left, Lady M and her new face leaving for Ireland last night, and on the right, addressing her fans in Belfast this morning: 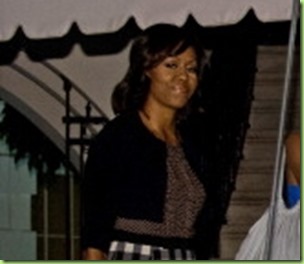 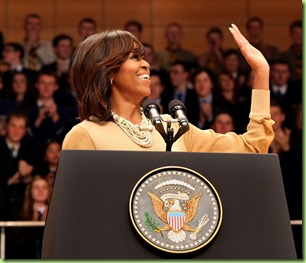 Mr. McGuire: I just want to say one word to you. Just one word.

Mr. McGuire: Are you listening?

Benjamin: Yes, I am.

Benjamin: Exactly how do you mean? – The Graduate

Bloomberg is behind the times. Most people have been composting for hundreds, perhaps thousands of years. Welcome to the real world, Mr. Bloomberg

The businessman, philanthropist, and the Mayor of New York City, lives here part-time. He also has a townhouse on East 79th Street in New York City, as well as properties in Bermuda, London and Vail (CO). His private jet ferries him from home to home.