With Ann Romney and Chris Christie as the headliners, who would’ve thought that Love would steal the show. No, I don’t mean Ann’s speech, although she did announce right upfront that it was about love. And I don’t mean the Governator’s speech either which was about the relationship between love and respect. I’m talking about MIA LOVE, the mayor of Saratoga Springs, Utah of all places! 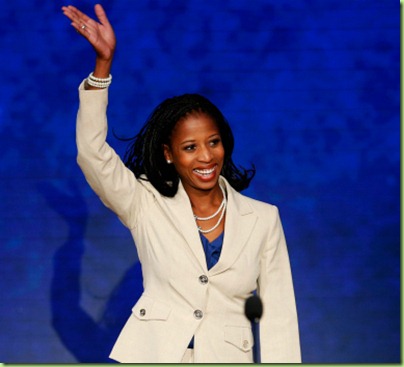 This feisty little lady took Big Guy on by name and said his policies had “failed” and that “no rhetoric, bumper sticker, or Hollywood campaign ad can change that.” Ouch!

And then we had the inimitable Chris Christie. Slayer of wussies and - it looks like here -teleprompters!

The Washington Post declared his speech a bomb, the NYT called it a lie, and Howard “I killed Newsweek” Fineman said it was just “nasty” and “mean” - all of which indicates that it must have been fairly effective. 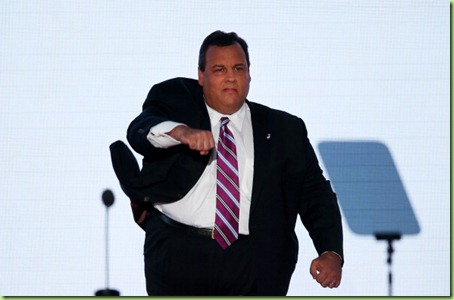 The ChicagO-team is busily taking hourly polls to see how best to use Isaac to their advantage with the American public. They’re keeping an open line to both Big Guy and our MSM lapdogs in order to issue focus group tested responses to the crisis as it continues to develop. So far two responses tested favorably with undecided people who aren’t likely to vote:

a) “New Orleans was spared because Big Guy dispatched FEMA aid well in advance of the storm surge,” or b) “New Orleans destroyed by heartless Republicans who redirected Hurricane Isaac their way in order to spare their convention in Tampa.” 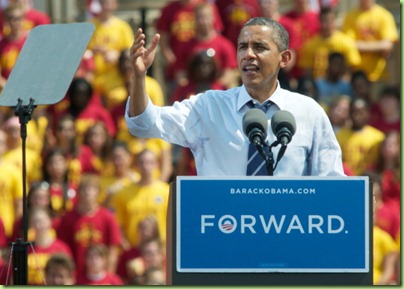 Stay tuned. Big Guy will continue to consult TOTUS for word from the O-Team on....

I think that’s called ‘politics’. If you can’t take the heat, get out of the kitchen!

Did he see the same speech? It was thoughtful and statesmanlike. Christie actually pulled his punches and didn't dish up the red meat we were all expecting. He didn't mention Obama by name once.

"We are truly the last great hope on earth."

Mia Love's veins pulse with patriot's blood. She is destined to be a political influence.

There is nothing liberals fear and HATE more than a conservative black woman. Here is her speech last night.

WOW! That’s a far cry from MO, who was never proud of the United States in her entire life, UNTIL the DNC nominated Obama!