GOP presidential candidate Ron Paul is notorious for his zany followers, which makes sense, given that the man is slightly eccentric bat-sh!t crazy himself. I mean, you have to be a little off-balanced in order to support someone that believes a U.S. border fence would be built to keep Americans from leaving, or that that saving the Jews in World War II was a bad idea.

The conspiracy theorists love Ron Paul. Do you think that the Bilderbergers are plotting to take over the world? How about that Israel created Hamas? That the CIA perpetrates coups over the United States? Then Paul’s your man.

Go put on your tinfoil hats, because the latest bit of insanity to come out of the Ronulan camp is a doozy.

Do you know what contrails are? They are those streaky cloud-like trails in the sky left by airplanes. They’re totally harmless; just clouds created by the heat of the exhaust reacting with the coolness of the air at the high altitude.

Not according to some koo-koo-crazy people. They think that the government is conspiring to poison us with sunscreen or some such nonsense. But never fear! The Ron Paul supporting contingent of the chemtrail brigade has figured out how to combat the evil lines in the sky … with vinegar.

That’s right. Just fill up a household spray bottle with some vinegar, and shoot at will toward the sky when the poisonous chemtrails appear. Within ten minutes, or at least within half an hour, the vile clouds will completely disappear!

Or, you know, dissipate naturally into the atmosphere.

It’s one thing to look at the government suspiciously, but it’s another thing entirely to make stuff up about vicious chemicals in the sky, and then believe you can combat them by spraying your yard with vinegar. The only thing that will accomplish is killing all plant life in the vicinity of the spraying, because guess what? Vinegar is heavier than air and will fall back to the earth after being sprayed upwards, thanks to that popular law of gravity.

The real issue with these chemtrail slayers and Ron Paul is the fact that he won’t come out and denounce his insane supporters. Whether it’s issues of anti-Semitism or a need to squirt salad dressing at clouds, Ron Paul accepts with relish every fringe endorsement he can get. He might say that he disapproves of their activities and views, but says in the next breath, “ “If they want to endorse me, they’re endorsing what I do or say — it has nothing to do with endorsing what they say.”

At a certain point, if everyone that supports you is crazy, there’s a good chance you’re crazy too.

Oh man, Ron Paul would quit at once because the CIA will be telling him honest Injun, they never precipitated any domestic coups!

2 posted on 12/29/2011 9:18:41 PM PST by HiTech RedNeck (Sometimes progressives find their scripture in the penumbra of sacred bathroom stall writings (Tzar))
[ Post Reply | Private Reply | To 1 | View Replies]
To: mnehring
I thought Mitt said Newt was the zany one? 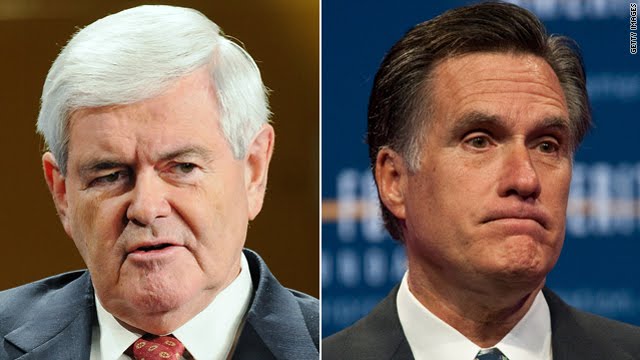 You are the one that sounds insane.

I am voting and supporting Ron Paul because he is the only candidate that can stop the crack whores in Washington from spending my money.

That’s all I care about. LOL, that is rich coming from the candidate who wants to legalize crack and has so much pork to his name, he could fund a small country.

Yea, but he has zero problem with crack whores on the street.

Use balsamic, add a little oil and cover the countryside with a nice vinagarette....Moochelle would approve!

Almost as much 'fun' as watching the unicorn and skittles crowd waiting on a check from the 'stash'.

I find it interesting that it's all ad hominems all the time, and not even because of the candidate's beliefs, but some of the supporters' beliefs? Where is the local chapter of Abortionists for Romney or Axe Murderers for Newt? How about Peons for Perry?

We used to discuss issues around her, but it's getting like the DUmp with a little less profanity.

But we're down to attacking candidates because of what some of the people who support them believe.

I'd just about guarantee you that cherry-picking ANY candidates supporters will come up with some wierd beliefs.

12 posted on 12/29/2011 10:25:32 PM PST by hosepipe (This propaganda has been edited to include some fully orbed hyperbole...)
[ Post Reply | Private Reply | To 1 | View Replies]
To: Smokin' Joe
> I'd just about guarantee you that cherry-picking ANY candidates supporters will come up with some wierd beliefs.

I'd go so far as to guarantee it.

No - These over the top posts are turning the tide in that regard.

The D’s must be watching in amazement as we destroy ourselves.

The Paultards are stupid enough to believe that the Federal Government ought to be strictly limited by the constitution and we all know that is right out because if the big money doesn't flow you can't dip your wick in it. Besides, RP is crazy.

I kinda like Perry, and just might use my secret ballot to vote for him in FL, but I wouldn't want to commit because people tell me that he is an evil crony capitalist. They are probably right but if I were to say anything in public I might just think he is the best of a bad lot.

I do understand that the Newtster is the approved choice and if he is the nominee I will surely vote for him. I'll also be holding my nose. He is, after all, Newt.

I haven't figured out what the party line is on the other minor candidates. But I am enjoying watching the purge...

You can’t spend your money if you’re dead and you can’t post if you’re zotted. Perfect end to an irrational Paultard.

Nope. Not even close (look at the Obamites--and though they might be on the other side, he is in the 'top ten' for the job (just not on my list of who to vote for)).

All I have to admit is that there seems to be an unhealthy obsession with the media and many here with posting/publicizing/giving bandwidth and airtime to a wide assortment of fringe element and undesirable supporters in hopes that will somehow discredit the candidate they support, not just Ron Paul, but whoever just moved ahead in the polls.

See a pattern yet?

Apparently, that's as effective as the mob mentality it plays to.

If John Wayne Gacy had donated to the Reagan Campaign, would that have made Ron a serial killer? Same mentality.

I still can't believe that snowballed allegations (which turned out to be unfounded, not to mention racist in their meme) were used as the cornerstone of the dungheap thrown at that man--and plenty of people here played along, some gleefully.

Now which candidates are going to shut the doors on a few Departments in the Federal Government (from the outside, close them down)? Are we out of those yet?

Do issues matter, or only the poo-flinging?

While everyone is merrily digging in their Depends for the next handful to throw, there isn't a Conservative candidate left in the top tier. We're "settling" before the Iowa Caucus? Huh?

What's left is this nation's death warrant. It isn't going to help us to have the world's best military if we can't afford to field it when we need it.

But we'll have a strong military, wherever they get stuck when we go broke.

In the meantime, someone somewhere has got to be laughing their a$$ off at the apparent meltdown over someone that people say they won't vote for, who isn't a "serious candidate", who is a "nutter", disavowed by the Republicans (Whoop-de-doo.) because he isn't. one. of. them. Why, did you hear he actually wants to close some departments instead of make budding tyranny more efficient! The nerve!..

Well, if that isn't contrary to the Party's plans for the future, why no serious discussion of the things he is right about on (domestic policy) instead of the big shout-down straight out of Alinsky?

Instead the collective is going to emplace someone who either continues to help us down the road to the abyss (just more slowly), or fiddle merrily while the hellbound train of American Politics steams, fit to burst, toward the end of the line--provided they even get elected--which if not, will have the same result--the destruction of this Nation by spending it to death while usurping the power to make it a Totalitarian State.

This site has been my homepage for a long time, a link to news and sanity while I work away from home on oil rigs, a fellowship of freedom loving people, and an opportunity to chip in my $0.02 from time to time. It's sad to see some posters here frothing at the mouth and wild-eyed, eating their own over someone we are assured won't get the nod anyway...and frankly, losing any respect I had for them.

In the meantime, the issues, the domestic issues, the part that really matters--who stands for what--get largely ignored along with many of the evils of the current regime...and, God help us, the childish revelry over Republican not-cannibalism (because the candidate to be shredded has been voted off the island) makes this site increasingly less relevant as a place for intelligent discussion.

We're all frustrated at the second season of 2008, but perhaps it would be better to focus on the real enemy--and anyone who gets most of domestic policy right is way ahead of the incumbent. We don't have to embrace that particular candidate to accept and promote their good ideas, but this sort of summary disposal is going to pitch the babies out with the bathwater.

So how about we sit down and think (yes, actually think a little) and come up with a list of the agencies we want disbanded, the Departments we'd cut completely, the regulations we'd roll back, the decisions we'd overturn, the crooks we'd prosecute, the investigations we'd fund, the laws we want repealed, and throw in a judicial appointment or two and see which candidate of those left would do it the way We the People want?

Well, they could be right.

When I had a flea infestation in the front yard, I discovered
that vinegar in a spray bottle applied to ankles would keep
the fleas off.

And fleas are very similar to contrails.

I don’t believe that contrails are chemtrails, as some conspiracy theorists do. But I don’t know if I agree that contrails are “harmless”. I just watched an episode of “Life After People” that claimed that after 9-11, the difference between low and high average daily temperatures increased two degrees each of the three days planes were not in the sky. It was said to be the result of the absence of contrails acting as a mini-blanket in our atmosphere. If true, contrails do affect us, although they do not harm us.

Do you know what contrails are? They are those streaky cloud-like trails in the sky left by airplanes. Theyâ€™re totally harmless; just clouds created by the heat of the exhaust reacting with the coolness of the air at the high altitude. [some Paultards] think that the government is conspiring to poison us with [chemtrails] ...Just fill up a household spray bottle with some vinegar, and shoot at will toward the sky when the poisonous chemtrails appear. Within ten minutes, or at least within half an hour, the vile clouds will completely disappear!