The long-running docuseries was slated to return for Season 33 on Monday, June 8 at 10/9c. Per the cabler’s schedule, Ghostbusters and Ghostbusters II will instead air from 8 pm to 1 am that night. A rep for Paramount Network tells TVLine there are currently no plans to run any new Cops episodes in the future.

Additionally, A&E Network has opted not to air new episodes of Live PD on June 5 and 6 in light of recent events. There’s no word on when the show’s fourth season will resume; episodes of Live Rescue, a Live PD spinoff that centers on firefighters, EMTs and paramedics, will air this weekend instead.

“Out of respect for the families of George Floyd and others who have lost their lives, in consultation with the departments we follow, and in consideration for the safety of all involved, we have made the decision not to broadcast Live PD this weekend,” A&E Network said in a statement to our sister site Variety, who broke the news.

The scheduling moves come almost two weeks after the May 25 murder of George Floyd, an unarmed Black man in Minneapolis who died after police officer Derek Chauvin held his knee on Floyd’s neck for more than eight minutes while arresting him. Chauvin has since been charged with both second-degree and third-degree murder (as well as second-degree manslaughter), while the three officers who watched Floyd’s arrest take place — Tou Thao, Thomas Lane and J. Alexander Kueng — have been charged with aiding and abetting murder.

Floyd’s death has sparked a wave of passionate protests around the world which, in many cities, have prompted additional incidents of police violence. Cops, which has been on the air since 1989, follows city police officers and sheriff’s deputies during their patrols, with many segments ending in on-camera arrests. The show initially aired on Fox through 2013, when it moved to Paramount Network (formerly known as Spike TV). Live PD, which follows cops on patrol in real time, debuted on A&E Network in 2016 and was picked up for an additional 160 episodes earlier this year.

Who cares? But I hope they leave Blue Bloods on.

Blacks kill more whites than the other way around, by a large margin. Are they going to stop using black actors in new shows, or cancel shows that already have them?

My parents watch that show too. Hope CBS doesn’t feel pressured to cancel it.

One of my favorite shows, what good will it be if they crank out episodes to fit their agenda.

The Social Justice Warriors going after the only people standing between them and oblivion.

White people in the country and distant suburbs have very little need for cops.

But the very lives and livelihoods of the ghetto dwellers depend upon them.

Same here. My little dog and I love that show. She has a crush on the canine cop and is glued to the tv when he’s on.

Cops is still on the air?

And so the “great erasure” begins.

Nobody’s gonna be comin’ for you

I’m sure we’ll be back here in a year or so writing comments on why there’s been a surge of black deaths in the inner cities.

So do I. Currently catching up on past seasons on Hulu.

I binge-watched Cops for awhile.

Apparently, street cops spend their time & millions of our dollars hounding pissant, low-level idiots who are really no threat to anyone except themselves & their own families, & IMO that’s who should be dealing with their bad life choices.
Meanwhile, real threats to the republic seem to pass notice.

Always pandering to the criminals...

16 posted on 06/05/2020 2:49:47 PM PDT by LIConFem (I will no longer accept the things I cannot change. it's time to change the things I cannot accept)
[ Post Reply | Private Reply | To 1 | View Replies]
To: EdnaMode
Too bad. I and the Wife have watched COPS for years. Although because of being recorded, I believe the cops are more accom0dating with their initial questioning. However, I've seen many take downs and the perp still acting up and the leg irons put on, and then to the wagon.

What we'll miss is the laughs the perps give us with their same excuses. These are not my pants. Just bought them from a thrift store. Think a hitchhiker put that in my pocket. I do meth once in awhile, when the cops find multiple baggies and a scale. I borrowed this car and didn't know it was stolen. I just bought this car from a guy down the street. It's not my gun (sitting under his seat). She was just looking for a ride. It's like these recidivists never talk to each other in jail/prison. It's hilarious. 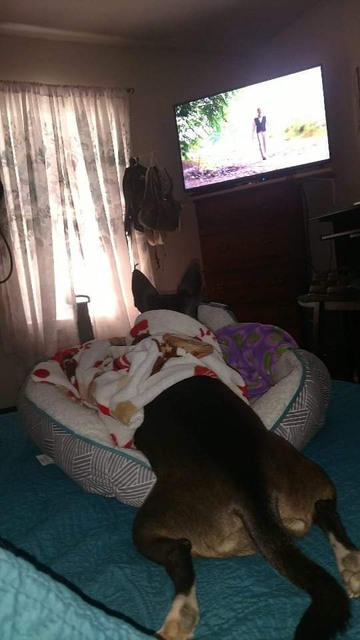 Pandering to and joining forces with BLM, Antifa and other fascist/Communist and foreign groups attempting to destroy the USA