The video interview posted here is worth watching in its entirety. Zach Taylor is a 27 year veteran Border Patrol agent with supervisory experience. He has testified before Congress as an expert witness on criminal activity in wilderness areas. His message is credible. He accuses the federal government in a coverup that is deliberately shielding critical information from the public.

Taylor says that whoever is perpetrating the border crisis is engaged in a perfect asymmetrical military tactic. While the American people focus on “the children,” he points out that they are actually only a tiny proportion of the people crossing the border. That we are apprehending about 10 percent of the illegal border crossers, and that the other 90 percent are not children. Since only 10 – 15 percent of those apprehended are children, that means we are focused on about 1 percent of the problem. The adults that we are missing are bringing in weapons, personnel and supplies while our attention is diverted by the needs of the children.

He says a very credible informer told him that that the most dangerous crime element in Mexico City is Russian Mafia. That means KGB. Few people know this, but the Soviets entered a secret pact with Mexico very early in the last century, almost certainly with the eventual aim of utilizing Mexico’s strategic position in offenses against the U.S. There is little doubt in my mind that the border crisis is an endgame strategy designed to bring in the people and weapons that will kill us. And Taylor asserts that Obama is in on the plan.

The only way to defeat this border swamping strategy is for state governments to initiate independent action with assistance from American volunteers. The federal government is betraying our country and its representatives are betraying their oath to “support and defend” our Constitution and country “from all enemies foreign and domestic.”

Time for governors to stand up, seal the border and begin deporting aliens on their own. We need to get aggressive here. Otherwise Obama and his fellow communists will steal our country from us while we watch. And we are likely setting ourselves up for a terrorist attack. As Dick Cheney has warned, another attack is coming which will be far deadlier than 9-11.

Watch the video [Zack Interview-Security on the border between USA & Mexico and support the “Back to the Border” film project.

TOPICS: Conspiracy; Miscellaneous
KEYWORDS: border; borderpatrol; borders; childillegals; criminal; illegalsinvasion; obamageddon; obamaillegals; orchestratedcrisis; statesanctioned
In this video, Zach Taylor, retired border patrol agent expresses serious concerns about the communicable diseases associated with the migrants currently witnessed crossing the southern border of the US unimpeded. He relates the current Ebola crisis in Western African nations which uncharacteristically started/spread in three of the West African nations largest cities - rather than in the typical isolated cases of the past starting in remote jungle locations-suggesting even the possibility of this being intentionally tested in urban settings. DHS is not provided details by CDC of the magnitude or location of the migrants carrying these communicable diseases.
1 posted on 07/20/2014 2:46:28 PM PDT by wtd
[ Post Reply | Private Reply | View Replies]
To: wtd

Mullah Ubama has declared war on US citizens. No more complicated than that.

Obama-the-Undocumented and his supporters in the EXEMPT
Congress have declared Civil War on the American people
as THEY treasonously support ‘the rebels’, aka al Qaeda,
the Moslem Brotherhood, IS, and every narcoterrorist,
sex slaver, and traffikers in DISEASES such as
never seen before in the USA.

Prepare to Lock and Load!

Disclaimer: TO any one of the left or elsewhere, I am not a radical, militant, homegrown, anything that many would portray me as. I have been trained to bring tranquility out of chaotic situation.. By any means necessary.

I did not invite the task, it was thrust upon my ‘band of brothers’ that I am proud to have served along side of in my youth.

Now! I am not as agile as I once was ,, but I still refuse to run from a fight that needs to be won, at any cost.

Lest the whole nation Dissolve into anarchy and all the sacrifices of so many will have been in vain.

What Good Can a Handgun Do Against An Army?
http://www.freerepublic.com/focus/f-backroom/2312894/posts

This is why the propaganda offices release brief clips of the youngest illegal aliens but journalists are forbidden inside the processing and housing facilities.

The Southern Invasion: Let’s Not Call It Political

Some people post that thread over and over again. The simple fact is a handgun does little or nothing against an army. You have your handgun. The U.S. Army shows up at your door. Who wins? Pistols would mean little. Rifles, many millions of them, in the hands of pissed off people who actually knew how to use them would make a huge difference, however.

and yet, when state law enforcement does apprehend illegals ... fedgov files charges against them

It’s not so much what you don’t know that will hurt you. It’s what you know that ain’t so. A lot of this stuff can NOT be true.

Well, the point is to use that handgun to procure a rifle before the Army shows up, don't you think?

“Well, the point is to use that handgun to procure a rifle before the Army shows up, don’t you think?”

Use the handgun against whom to get whose rifle? He has a rifle. You have a handgun. He wins - unless you murder him in cold blood. 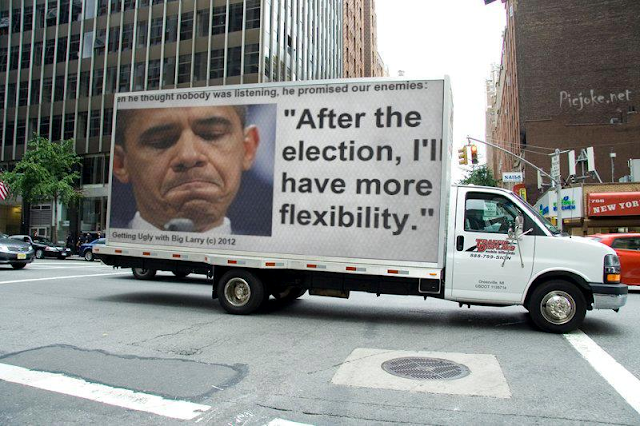 Call it that if you will. But, yes, relieve an agent of your oppressor of his rifle, shotgun, communications, whatever is better than your pistol or useful against them. Preferably when he least expects it.

The point is “you only need to get one”, and it was the same point Solzhenitsyn was trying to make. If everyone for the Republic and what it stands for commits to standing and getting at least one, the Republic wins because there are more of us.

Evil has historically won these situations because well prepared/armed citizens rationalize and normalcy bias themselves out of any actions up to the point they are disarmed and being led to trenches and cattle cars.

WE are banking on many Americans still being unique and individualistic enough that when it gets to that point (God forbid), the average armed and freedom loving citizen will step into the breech. If you’re going to die or be made a slave anyway, you might as well get at least one...