Looks good. The After-Birthers will have their panties in a wad. ;-) Bump for later read.

Again proving the Constitution, it’s meaning, it’s wording , and it’s definitions were clearly a result of being referenced to Vattel’s Laws of Nations. So what does the Laws of Nations say about a “Natural Born Citizen”?

§ 212. Citizens and natives.
The citizens are the members of the civil society; bound to this society by certain duties, and subject to its authority, they equally participate in its advantages. The natives, or natural-born citizens, are those born in the country, of parents who are citizens. As the society cannot exist and perpetuate itself otherwise than by the children of the citizens, those children naturally follow the condition of their fathers, and succeed to all their rights. The society is supposed to desire this, in consequence of what it owes to its own preservation; and it is presumed, as matter of course, that each citizen, on entering into society, reserves to his children the right of becoming members of it. The country of the fathers is therefore that of the children; and these become true citizens merely by their tacit consent. We shall soon see whether, on their coming to the years of discretion, they may renounce their right, and what they owe to the society in which they were born. I say, that, in order to be of the country, it is necessary that a person be born of a father who is a citizen; for, if he is born there of a foreigner, it will be only the place of his birth, and not his country.

Read more off my Blog

On April 10, 2008, Sens. Patrick Leahy (D-VT) and Claire McCaskill (D-MO) introduced a resolution expressing the sense of the U.S. Senate that presidential candidate Sen. John McCain (R-AZ) was a ‘natural born Citizen,’ as specified in the Constitution and eligible to run for president. Sen. McCaskill knew Obama was not a U.S. Citizen, that’s why she introduced this bill — dressing it up to look like it was in Sen. John McCain’s cause.

It was during the bill’s hearing that Sen. Patrick Leahy, Chairman of the Senate Judiciary Committee, made the following statement:

“Because he was born to American citizens, there is no doubt in my mind that Senator McCain is a natural born citizen,” said Leahy. “I expect that this will be a unanimous resolution of the Senate.”

At a Judiciary Committee hearing on April 3, Leahy asked Homeland Security Secretary Michael Chertoff, himself a former Federal judge, if he had doubts that McCain was eligible to serve as President.

“My assumption and my understanding is that if you are born of American parents, you are naturally a natural-born American citizen,” Chertoff replied.

What’s interesting here is that Sen. Leahy, the Chairman of the Senate Judiciary, confirms that a “natural born” citizen is the child of American citizen parents.

It is Sen. Leahy’s opinion — his own recorded words, in a formal Senate Resolution and on his U. S. Senate website — that Barack Obama is not a “natural born” citizen, and therefore not eligible to serve as Commander-in-Chief, regardless of his birthplace.

Obama had one American parent —singular — his mother. His father was a citizen of Kenya, and a subject of Great Britain.

Obama, himself, “at birth,” was a citizen of Kenya, and a subject of Great Britain — he says so on his own campaign website. This fact introduces the concept of “divided loyalties,” — the reason the founders created the eligibility requirement in the first place — a fact that further underlines Obama’s ineligibility.

The source of this information is Sen. Leahy’s own website. The webpage contains a statement about the resolution; the resolution, itself; the Statement Of Senator Patrick Leahy (D-Vt.); and an excerpt of Sec. Chertoff’s testimony.

The plural word “parents” is used four times. When used to identify the parents, the word “citizens” is used five times. That’s nine times that Sen. Leahy, on his own website describes the eligibility requirement. There is NO PLACE in any of these four documents where the singular case of “parent” or “citizen” is used.

The real purpose of this bill was to change article II, section 1, clause 5 of the Constitution of the United States with reference to the requirements of being a “natural born citizen” by the Democratic Party leadership — paving the way for an Obama run.

Both Leahy and Chertoff avoid addressing the “in the US mainland” (jus solis) element of the eligibility requirement and focus solely on parentage (Jus sanguinis) in making their arguments and by doing so bring focus to the fundamental reason Obama is not qualified. He had one American parent and one foreign parent. Barack Obama is not a natural born citizen — no matter where he was born.

Obama is a co-signer of this resolution. So, I guess he too agrees that one needs two American parents to be eligible for POTUS — except he doesn’t care — after all, he’s the Obamamessiah. Rules don’t apply to him.

Who, or "what" constituted a natural born citizen was well known to the framers. Jay would not have made such a suggestion to others (Washington & the rest of those in attendance at the Constitutional Convention) unless there was a clear understanding of what that term meant. The definition comes from a source that not only were the framers familiar with, but the founders (many who were both) as well.

NBC in the Constitutional drafts:

July 25, 1787 (~5 weeks later) - John Jay writes a letter to General Washington (president of the Constitutional Convention): "Permit me to hint, whether it would be wise and seasonable to provide a strong check to the admission of Foreigners into the administration of our national Government; and to declare expressly that the Commander in Chief of the American army shall not be given to nor devolve on, any but a natural born Citizen." [the word born is underlined in Jay's letter which signifies the importance of allegiance from birth.] http://rs6.loc.gov/cgi-bin/query/r?ammem/hlaw:@field%28DOCID+@lit%28fr00379%29%29:

September 2nd, 1787 George Washington pens a letter to John Jay. The last line reads: "I thank you for the hints contained in your letter"
http://www.consource.org/index.asp?bid=582&fid=600&documentid=71483

September 4th, 1787 (~6 weeks after Jay's letter and just 2 days after Washington wrote back to Jay) - The "Natural Born Citizen" requirement is now found in their drafts. Madison's notes of the Convention
The proposal passed unanimously without debate. 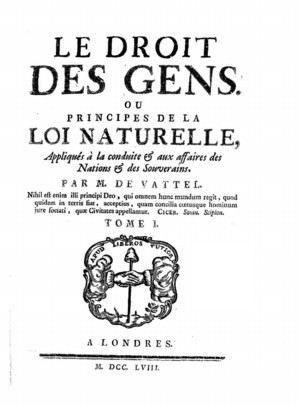 The same defintion was referenced in the dicta of many early SCOTUS cases as well...some examples:

A detailed, historical, entomology of the term "Natural Born Citizen" can be found here: http://www.greschak.com/essays/natborn/index.htm

PNSN:”Mommy and Daddy must BOTH be born in the USA in order for Baby to be considered a natural born citizen of the USA.”

ODH:In your opinion, your crazy, crazy opinion, as no court has ever held such a statement to be true, nor is there a definition of “natural born citizen” found in the US Constitution.

ODH:As for your explicit definition, there’s not a law school in the country, nor a state bar exam that adopts your definition.

If my opion is so crazy as you claim, read some more crazy stuff.

In his 1789 article, Ramsay first explained who the “original citizens” were and then defined the “natural born citizens” as the children born in the country to citizen parents.

Hmm. I assume the hirelings are having a conference call/skype or maybe they’re in next door cubicles. Feverishly discssing and getting calls from Rahm about how to deal with this.

The word “dregs” is a mistranslation—there is a French word spelled like that which means “dregs,” but here it is the past participle of the verb “lier” (meaning “bound” or “connected” and spelled with an accent over the “e”).

Two Presidents before Obama, not counting those who were citizens at the time of the adoption of the Constitution, had a parent who was not born in the US—Chester Arthur (whose father was born in Northern Ireland) and Woodrow Wilson (whose mother was born in Carlisle, England). I don’t know if Arthur’s father or Wilson’s mother were formally naturalized. Wilson’s mother lived in the US from the age of 4. Arthur’s father lived in Quebec before coming to the US, and some people claimed that Chester Arthur was actually born across the border in Canada rather than in northern Vermont.

Pelosi, Reid, Obama, Biden and others would argue we have a living Constitution, the meaning of which is interpreted by the courts based on the needs of the time. If five Supreme Court members adhere to this philosophy, “natural born” can mean whatever they want it to mean.

That was the meaning and intent of the Founders of the US Constitution and David Ramsey is backing this fact up 223 years later.

18 posted on 04/02/2010 2:57:46 PM PDT by Red Steel
[ Post Reply | Private Reply | To 16 | View Replies]
To: Verginius Rufus; presently no screen name
Chester Arthur, whom Attny Donofrio chronicled last year, was indeed the first usurper. Only, as you allude to, the public at large was unaware that his father was not a citizen at the time of C.A.'s birth.

As for Woodrow Wilson, his mother became a "citizen" when she married her husband who was a citizen, by way of a Congressional Act of February 1855, which stated,

“any woman who might lawfully be naturalized under existing laws, married, or shall be married to a citizen of the United States, shall be deemed and taken to be a citizen.” [Act of February 10, 1855, 10 Stat. 604, section 2]

This act was enacted in 1855. Woodrow Wilson was born in December 1856. Therefore, Wilson would have been born to two citizen parents...on U.S. soil and therefore an NBC.

And if 100 million Americans decide it means both parents must be citizens, who will win?