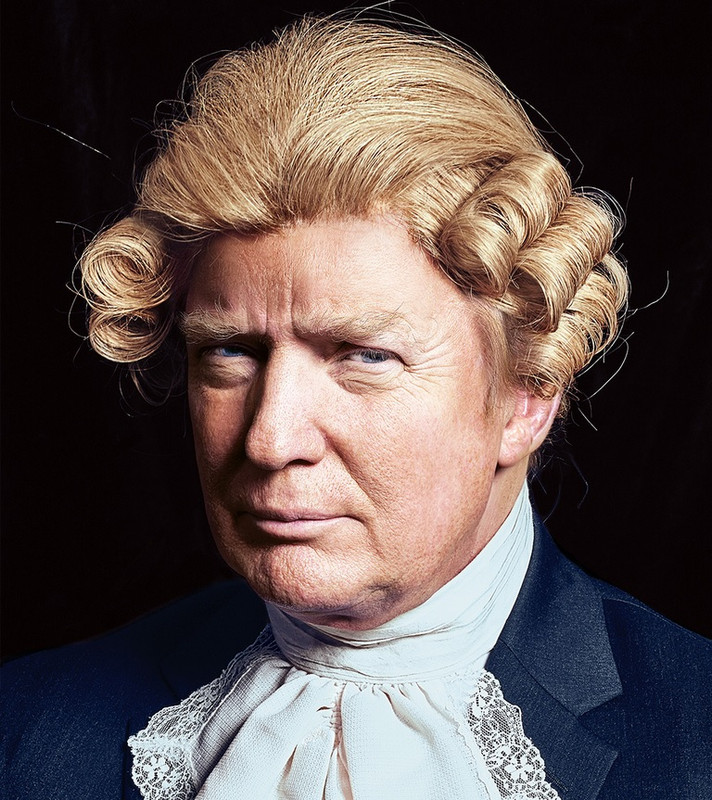 Who exactly is our President? I'll tell you what I've said for several years now: "He is George Washington, with a 20th century NYC attitude". If you understand that sentence, you know who he is. If you don't, you probably never will understand him - and that's good too - because it will make his job of Making America Great Again that much easier.

As a younger man (just before I left to serve my country) I worked on some of President Trump's early 1990s Manhattan real estate deals in a supporting role (I never met him, but read his "Art of The Deal" when it first came out).

So I always knew who he was - a man of action and boundless energy. When he - through his intervention in the debate - forced The Marxist* to release his birth certificate, the media thought they had Trump. The certificate was released while The Donald was in the air on a private jet. You might recall that the media was waiting to play "gotcha" after he landed. But The Donald nonchallantly walked up to the microphones and stated that he was glad that his intervention had finally accomplished what 4 years of questioning from others couldn't do - get The Marxist* to release his birth certificate. And that was the moment I instantly pumped my fist and said - THIS MAN SHOULD RUN FOR PRESIDENT!!!

When he announced in 2015, I immediately was drawn to his candidacy. As I told friends, I wanted him to:

a. Stick it to the GOP Establishment (which he proceeded to do beyond my wildest expectations);

I didn't know whether he would win, but I knew that he was THE ONLY GOP candidate who COULD win. And so he DID.

Well, you know what happened. We are now, as of this writing (Jan 24, 2017) looking at the beginning of a genuine American Revolution, Pt. II. Let us all pray that our President stays strong, safe, and on the offensive for the next 8 years. If that happens, not only will many of the things we all dreamed of during the "Reagan Revolution" as youngsters come to pass, but the world will be a much better place for it.