“Within two hours I thought that the White House Counsel and their team entirely shredded the case that has been presented by the house managers,” Ernst said to reporters on Capitol Hill after listening to Trump’s lawyers.

TOPICS: Breaking News; Constitution/Conservatism; Government; News/Current Events; Politics/Elections; US: Iowa
KEYWORDS: braking; impeachment; impeachmenttrial; iowa; joniernst; michaelpurpura; patcipollone; patrickphilbin; trump; trumpwinsagain Navigation: use the links below to view more comments.
first previous 1-20, 21-40, 41-60, 61-80, 81-100 next last
To: kevcol
Trump's lawyers did not go far enough: if you postulate that the Dems wanted to rid DJT from the ballot (both 2016 and 2020), and in light of the Russian hoax, what we have here is a Coup attempt on a sitting President and that rates Sedition charges.

Furthermore, withholding evidence would get any prosecutor disbarred. All of the House managers should be disbarred by their licensing state.

And they did it in a calm, clear,concise manner. Well done!

Round them up, including staff......... eliminate them gone

They are not Americans

It was epic. Excellent 2-hour dismembering of Schiff. 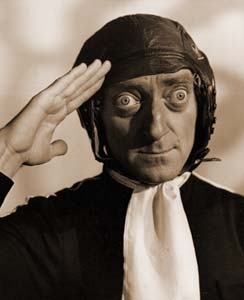 Impeachment is a cover-up by the Democrats.

It's a cover-up of the Obama administration spying on Americans in 2016, and the abuse of power by the DoJ and FBI to infiltrate the campaigns most threatening to Hillary Clinton.

This impeachment is really a race between Trump and the Democrats to see which comes first: get President Trump removed before he can finish exposing the coup, or get Trump reelected so the investigations continue and he transforms the lower courts that are blocking all of Trump's executive orders.

It doesn’t take long to shred such a flimsy case.

I’ve been listening on You Tube, and thus far she’s right. But the point of it is to claim that the Republicans and the WH are covering up, and they care more about partisan politics than they do about the sacred democratic principles on which the republic stands, let alone liberty and justice for all, because they’re racist, sexist homophobes, who don’t really care about the poor because they’re not giving them enough handouts, etc.

Wisely, the POTUS’ advocates kept it short. The House Impeachment Managers turned everyone off simply by being boring and taking forever, and the defense managers did the opposite. Very smart. I think the Dems are about to get Wyle E. Coyote-d big time in November. This could be better than Reagan vs. Mondale in ‘84. I’ll be looking for a Schiff Purim mask in a month, and a fillibuster-proof majority in the Senate in November.

Thanks for that reminder!

And that was just a brief synopsis !

Thats him.
No offense to Feldman

Not to be a downer but:

The Presidents team was great today and they clearly and neatly destroyed the impeachment effort. It really was professional and brilliant.

But I'm always left with this very real concern: What will be left of that great performance after American voters see it portrayed by all the MSM liars?????

If they weren't intelligent to start with and if they didn't actually see it, the picture they get from the MSM will not be what we saw.

Are you all right? Do we need to call a doctor for you? If you’re ok, then please tell us WHAT-IN-THE-HECK you’re talking about.

I watched it. Sen. Ernst is absolutely correct. The democrats’ entire case was destroyed in just 2 hours. And they didn’t even have to go after Biden, and that line of argument would only enhance the rightness of President Trump worrying about corruption in Ukraine. {I have never been offered a job in Ukraine sitting on a board for 83K a month. I have no experience in natural gas, and I’ve never been convicted of a drug offense and kicked out of the military}.

The PROOF that the dem case was shredded is that the democrats immediately started harping on MORE WITNESSES. The Trump team very smartly included the comment that the president was denied due process in the House hearings.

The dems thought that meant they had the right to ask for witnesses, too, but they’d already been harping on that for weeks because of their weak case. So...they jumped at asking for witnesses based on the TrumpTeam lawyers decrying the unfair way in which the president was treated.

But what we really have is the ignorant argument by them that, because Trump was held hostage by the terrorist House, that that means the terrorists should be provided with free room and board afterwards. Take a hostage and get rewarded?

They’ve got to be kidding.

The dems goal is to drag this out for weeks and months, hoping to offset the coming Barr/Durham tsunami. The Trump legal team was terrific today but must focus on a swift END.

NO witnesses. Destroy the two bogus Articles based on the current record and go home.

“I have never been offered a job in Ukraine sitting on a board for 83K a month. I have no experience in natural gas, and I’ve never been convicted of a drug offense and kicked out of the military.”

But while you were married, did you have an affair with your brother’s wife, and marry her when your brother died? Did you commit the crime of identity theft? Did China give you $1.5 million for no particular reason?