Most Americans were probably drop-jawed to learn there was a state in the union where government overseers prohibited the people from pumping their own gas. The ultra-progressive and ever-controlling Oregon Legislature had banned this otherwise normal behavior for more than 50 years, ostensibly to provide some form of protection for its residents.

This is the practical reality of the general principle that government coddling creates entitlement, pampered residents with fewer freedoms, and reduced abilities to live independently. Oregon has been telling its residents for generations they are incapable of pumping their own gas, and now there are generations of Oregonians who are terrified at the prospect of doing what more than 300 million other Americans do without a thought.

The first thing that comes to mind are the scenes from the animated Pixar movie Wall-E, where the remainder of earth’s population cruise the galaxy on the spaceship Axiom. The passengers are so dependent on the automated ship that they have become obese, too feeble to walk and incapable of caring for themselves. They definitely would not have been able to pump their own gas.

But now the Oregon Legislature moved partially into the 1980s when it recently passed a law allowing rural gas stations to let people pump their own gas. Portlandians are still safe from the ordeal; government continues to protect them from gas pump handles. But others in the supposed rugged rural areas are outraged at the change (because outrage comes easily these days.)

Take a look at some of these Facebook comments from Oregonians in response to the legislature catching up to 1980 America:

“I don’t even know HOW to pump gas and I am 62, native Oregonian … I say NO THANKS! I don’t like to smell like gasoline!” one woman commented.

“No! Disabled, seniors, people with young children in the car need help,” another woman wrote. “Not to mention getting out of your car with transients around and not feeling safe too. This is a very bad idea. Grr.”

“I’ve lived in this state my whole life and I refuse to pump my own gas. This is a service only qualified people should perform. I will literally park at the pump and wait until someone pumps my gas.”

This is really a thing in Oregon. Most of the rest of the country may laugh and mock them (except big-government nanny state New Jersey, the only remaining state with such a law) but people long relying on government-forced service don’t like losing that service. They believe they have an entitlement.

“I think that we are getting tarnished in social media,” Lizzy Acker, a reporter for The Oregonian, told NPR. Well, yes. There’s sort of a reason for that. But Acker is confident in Oregonians ability to actually pump their own gas. “And I think most Oregonians are self-sufficient enough to figure out how to pump their own gas.”

Just read that statement. There may not be a better example of how progressivism breeds dependency on government — more and more power for government over weaker and weaker people. Not surprisingly — to people who understand how capitalism works — Oregon is one of the most expensive states in the union for a gallon of gas.

Oregon’s 56-year gas-pumping law is a cautionary example of how more government regulation and control immediately limits freedoms and breeds dependence and entitlement.

Perhaps one day, all Americans will be free to pump their own gas. But only if they choose leaders with a vision for freedom over governmental dominion.

“In New Jersey is still prohibited from self service.”

Oregon is the Left Coast’s answer to New Jersey! One city rule! Portland has enough population to control the entire state. Kinda like the gaggle of $hit hole enclaves along the western bank of the Hudson in NJ. 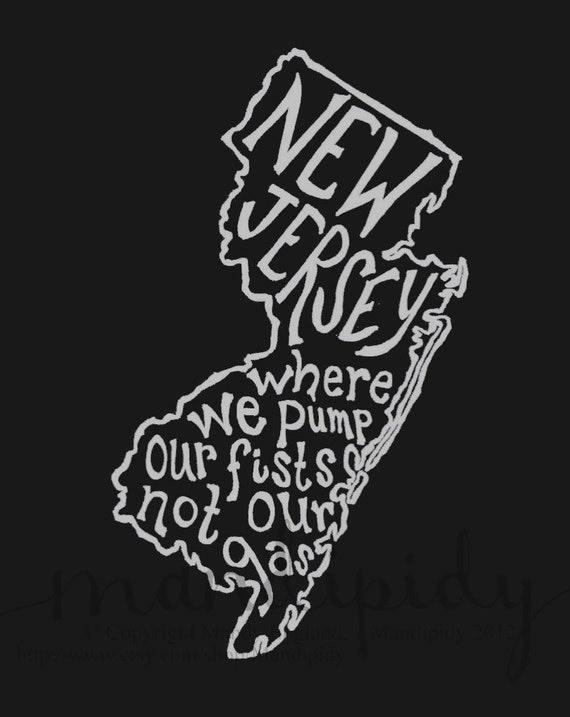 In New Jersey, we pump fists not gas!!

Sure it’s happened, but never personally heard of it in 40 years so doubt it has been “so many” to be much issue.

Many years ago, I was dating a young woman from New Jersey. I went to meet her folks one Christmas. At the gas station in Cherry Hill, I jumped out and starting pumping gas one cold afternoon.

Attendant came out and asked what midwestern state I came from. Seems he could spot the out of towners pretty easily.

NJ also delights in jug-handle turns wherein one cannot find where to exit.

The gas stations can just rent out throw away biohaz-suits from vending machines next to the pumps, with instructions on them, for a small fee of course!

The father of one of my childhood friends owned a full-service gas station. When I would visit the station as a kid, I marveled at the flurry of activity when a car drove up to a pump. The attendant speedily cleaned the windshield, checked all the fluids, checked the tire pressure, and filled the tank. Also, it was all done with courtesy and a smile.

I wonder what Portlandians do when (if?) they drive out of their state and pull in to a gas station for gas? Just sit there at the pump waiting for service?

Now Oregonians have something else to do beside condescendingly staring down their noses at Californians stupidity. They can stand befuddledly staring at a gas pump wondering “how does this thing work”.

31 posted on 01/08/2018 1:45:15 PM PST by Lurkina.n.Learnin (Wisdom and education are different things. Don't confuse them.)
[ Post Reply | Private Reply | To 1 | View Replies]
To: Liberty7732
“I’ve lived in this state my whole life and I refuse to pump my own gas. This is a service only qualified people should perform. I will literally park at the pump and wait until someone pumps my gas.”

This person can't be for real.

Oh it happens, or at least happened, many times, that is the reason for the breakaway hoses. 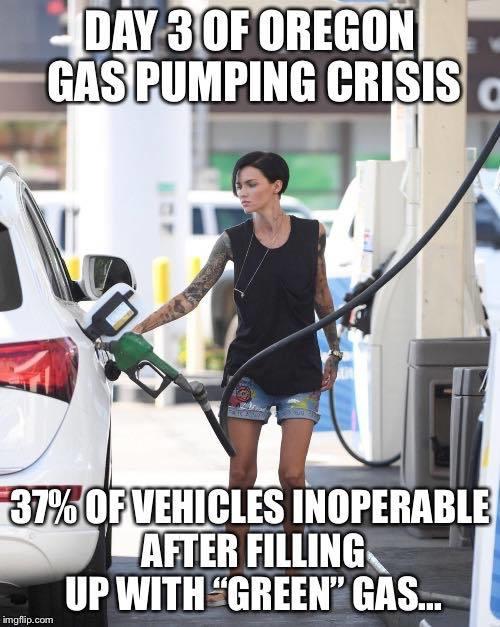 My first job as a teenager in Brooklyn, NY was pumping gas for 2 bucks an hour. At 50, I moved to New Jersey and had to learn to not get out of my car at the gas station to pump gas.

Last Summer on a road trip to Connecticut, I sat at the gas pumps waiting, and waiting.

At least 3 minutes passed before I realized...

I haven’t seen a full service gas station since I was a kid.

Ya didn't need the "Maybe".

Don’t forget their traffic circles. Some of staters get stuck in them until they finally run out of gas.

What do Oregonians do when they drive in another state?

Wait until they find out that all the pumps in the rural areas will only service cars with the fill tube on the driver’s side of the car. Then they will really freak out.

Gawd help them if they ever have to change their own turn signal fluid.