Between a Christmas tree and a menorah display in the Illinois state capitol, a statue from the Satanic Temple is standing for the holiday season.

The display shows an apple upheld by an arm which has been encircled by a snake. The words “Knowledge is the greatest gift” is written across the front of the black base.

The satanic tribute was erected at the statehouse rotunda in Springfield. Near the display is an explanation from the local government.

“The State of Illinois is required by the First Amendment of the United States Constitution to allow temporary, public displays in the state capitol so long as these displays are not paid for by taxpayer dollars,” it reads.

“Because the first floor of the Capitol Rotunda is a public place, state officials cannot legally censor the content of speech or displays.”

The Satanic Temple in Chicago ran a campaign on GoFundMe, calling it Snaketivity. The project funded just over its goal of $1,500. The leftover proceeds are expected to be donated to the Satanic Temple.

I’m putting up a swastica.

So a southern battle flag decorated in lights would be just fine too, right?

The statue bears an uncanny resemblance to Obama.

Bet there was no law saying it had to be positioned between the others.

If this is the case, a swastika monument, a Rebel flag monument, and a crescent moon god, should be placed on either side, or around the satanic monument, so insure there is no descrimination.

LINK DOES NOT SHOW STATUE

I WOULD PUT THAT UP...decorated with lights!!!!

and PRO lIFE STATUE!!! OR just posters of embryos all with candles and lights.

Actually, in the name of freedom of speech, we really should have sculptures made up of all you mentioned, and Lenin/Stalin/Mao (because they are all still worshiped), and a sculpture of a dead aborted baby, placed in around the satanic monument!

Don’t Satanists have their own distinct religion? They are copycats of the Christian faith and Bible. Anti Christian but Christian just the same. If this tells us anything, it reaffirms the Christians on the right path since Satanists specifically attack Christians. Take heart Christians and consider it a complement.

An article with no photo of the offensive statue?

Place a statue of the Archangel Michael with his foot on Satan’s neck and his sword drawn.

It’s not what you think. The statue was put to recognize all representatives from Cook county Ill. Trust me , I’m from Ill., I know.

Me too. This ain’t the first time Satan has been worshipped in Springfield IL.

>>Place a statue of the Archangel Michael with his foot on Satan’s neck and his sword drawn.

that would be called “hate speech” and banned...

Thank you. The best thing the voters of Illinois ever did was when the Legislature passed outrageous pay raises for themselves; the voters passed a ballot initiative to reduce the size of the legislature by one third. It passed and one third of the legislators passed into history. soon after that the Legislators that were left changed the initiatve process ballot to require their approval. Ba$tards :(

Utter blasphemy, Almighty God is not mocked. Illinois will reap what they have sown... They will reap the whirlwind of God’s wrath.

Where’s the statue of Mayor Rahm Emanuel in his ballet tutu?

If you’re gonna give the devil his do, “Do it in a tutu”. 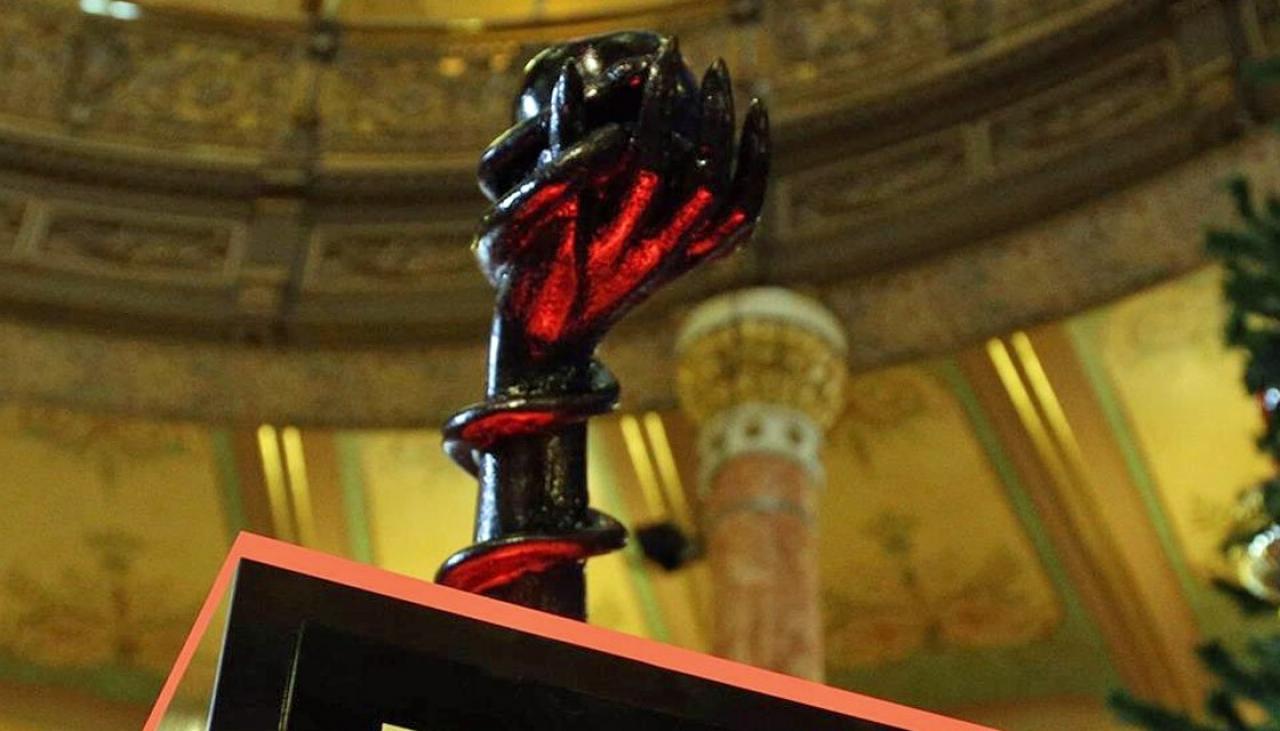 I agree with your proposal. Freedom and all, let their views be clearly portrayed.