PHILADELPHIA (Reuters) - With guerrilla-style attacks escalating in Iraq, the United States may have to begin turning over peacekeeping duties to an international force within a year, or risk a wider insurgency, military analysts warned on Wednesday.

A wave of attacks that has killed 29 U.S. troops since President Bush declared major combat operations over on May 1, appears to stem from a resurgence of Iraqi nationalism among both Sunnis and Shi'ites in the face of U.S. occupation, said scholars at the U.S. Army War College.

"If U.S. forces are still there a year from now, individuals who suggest the United States is there for bad motives will feel more comfortable stirring up problems," said W. Andrew Terrill, research professor at the Carlisle, Pa.-based War College's Strategic Studies Institute.

"Even the (Shi'ites) are saying you need to think about leaving, and they're the ones we're getting along with at the moment," he added.

Terrill and fellow scholar Conrad Crane, director of the War College's Military History Institute, consider Iraq to be the largest effort at nation-building the U.S. has undertaken since post-war Japan and Germany.

In a joint report issued before U.S. forces invaded Iraq in March, they advised senior Army staff that U.S. forces could even face a general uprising if troop presence is not scaled back within 12 months.

The British forces who created Iraq in the aftermath of World War I faced tribal uprisings, terrorist attacks and a jihad proclaimed from the Shi'ite holy city of Kerbala. The situation stabilized in 1921, only after the British had suffered about 2,000 casualties.

U.S. troops, who some analysts say could remain in Iraq in some capacity for five to 10 years, could face new dangers once angered Iraqis realize U.S. authorities would not counter a rebellion with Saddam-style repression.

"That may in fact embolden them," said Terrill, a former Pentagon intelligence officer. "If you have an expanding insurgency, it's going to inhibit countries from contributing troops to an internationalization effort. You want to squeeze the commitments out of them while you can."

That means U.S. authorities need to move quickly to either set up a national security system run by Iraqis or bring in international peacekeeping troops from other nations, possibly including Muslim countries like Pakistan and Bangladesh.

"The world is coming to help: that's the message we have to send," said Crane, who believes U.S. troops have too few civil affairs and military police officers for non-combat duties that could help defuse tensions.

The United States has asked several countries for peacekeeping assistance, including Pakistan, Bangladesh and India. But few tangible steps to assemble a large international contingent have occurred up to now.

Crane suggested U.S. authorities could also use assistance from France and Russia, two countries that openly opposed the U.S. war in Iraq. "We've worked with them before, and we've meshed well with them. Obviously, there'd be political hurdles, but they'd be helpful," he said.

Kill the terrorists, they won't brother you again.

To: Brian S
Hmmm, an al Reuters story about Iraq.

At least I know what it's good for... 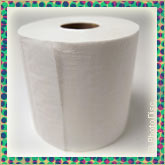 9 posted on 07/09/2003 6:15:42 PM PDT by CFC__VRWC (Hippies. They want to save the earth, but all they do is smoke dope and smell bad.)
[ Post Reply | Private Reply | To 1 | View Replies]
To: Brian S
The actual report:RECONSTRUCTING IRAQ: INSIGHTS, CHALLENGES, AND MISSIONS FOR MILITARY FORCES IN A POST-CONFLICT SCENARIO

We are well ahead of the timetable the authors suggested for post-war Iraq (see figure 1).

If we look at official occupation governments, we left these nations on the dates described above. But we are still in Japan, and are only now planning to leave Germany.

I think Rumsfeld is righ on in deciding to move our bases east. It's brilliant!

To me it is interesting to note that anti-semitism is on the rise in Germany and its alliance with France to dominate the EU is a grim reminder of the 20th century. Also, I have spoken with Japanese young people who believe America started WWII by blockading Japan, and would like to see Japan rise to become a world power again.
12 posted on 07/09/2003 7:26:08 PM PDT by risk
[ Post Reply | Private Reply | To 11 | View Replies]
To: dts32041
Is is a government War college or it just another think tank. If it is a think tank then all this is just so guess work. Hell I can guess just as good as these guys. I think Iraq will start quieting down within the next three months. More Iraqi police and security forces will start coming on line and less US troops will be on the streets. Add to this allied peace keeping forces just now entering the Iraq and things will calm down. Keep the faith folks.
13 posted on 07/09/2003 7:26:50 PM PDT by Bombard
[ Post Reply | Private Reply | To 6 | View Replies]
To: Bombard
The two authors are from the U.S. Army War College. They did a study last winter--prior to the war--detailing occupation requirements in Iraq. A critical part of the study is to measure progress by accomplishment of specific tasks--not simply the passage of time. The report lists 135 tasks which must be accomplished in order to achieve success. The article above does not come anywhere near doing justice to their 77 page report. You can view it at http://www.carlisle.army.mil/ssi/pubs/2003/reconirq/reconirq.pdf
14 posted on 07/09/2003 7:54:31 PM PDT by mark502inf
[ Post Reply | Private Reply | To 13 | View Replies]