A former U.N. weapons inspector who was renowned for his ability to ferret out Iraqi weapons violations during the late 1990's charged point blank on Thursday that Saddam Hussein now has nuclear weapons.

"I have no doubt that he has nukes," Bill Tierney told nationally syndicated radio host Sean Hannity.

"He's going to use non-persistent chemicals against his own people to put down an insurrection," the ace inspector predicted, before adding chillingly, "He'll use bio and nukes against us."

Stunned by the revelation, the radio host pressed for confirmation:

HANNITY: You have no doubt that he has nukes? Or he's close (to getting them)?

TIERNEY: I have no doubt that he has nukes.

HANNITY: You think he has nuclear weapons.

HANNITY: Why are you the only (former weapons inspector) saying that?

TIERNEY: Well, there's a few more. One reason why is, during the 90's in the intelligence community, there was just a pathological risk aversion. The reason being was that our president at the time, Bill Clinton, fundamentally changed the purpose of the United States military from fighting and winning wars to crisis management and keeping his poll numbers up.

Now, if you're not out to win, there's no need to take risks. And so what you found is people being very guarded about everything, every kind of assessment you could make. (End of Excerpt)

Before he ran afoul of the system Tierney had built a powerful reputation for credibility, prompting the U.N. to personally recruit him in 1996 for the task of inspecting some of Saddam's most sensitive suspected weapons facilities.

But he was forced to resign two years later amidst charges he was spying for the U.S. Tierney now says he was locked out for doing what he figured was his job - giving the Pentagon targets for military action.

"What I did was identified those people who have sold their souls to keep Saddam in power. I made it my goal to find every place where they are," Tierney told the London's Daily Mirror in October.

Still, his aggressive pursuit of Saddam's weapons violations won him more than a few fans at U.S. Central Command, where Tierney's boss, Army Brig. Gen. Keith Alexander, wrote in one of his job evaluations: "His ability to consistently seek and identify priority target intelligence information is uncanny and is the characteristic that separates him from his contemporaries."

Tierney told Hannity that a 1997 inspection he attempted to conduct at Saddam's Jabal Makhul presidential palace lead him to suspect that the Iraqi dictator already had the bomb.

"Certain things convinced me that they had proscribed items at this presidential site. That led to the inspection in September 1997 where we were locked out. There was something about that. The just came up and said, 'There will be no inspection. Good Day.' And they walked off."

Tierney said the rebuff was "completely different" from other inspections of sensitive sites, where some sort of compromise was always worked out.

Another sign of sinister activity: As Tierney and his team were being turned away, a U.N. helicopter attempting to overfly Jabal Makhul nearly crashed when an Iraqi official on board lunged at the controls.

"That was a distraction to keep that helicopter from going over to the other side of the mountain to see what they were doing" at the facility, said Tierney.

He described Jabal Makhul as a "gigantic" complex of warehouses and underground tunnels, before noting that last year the London Times reported Saddam was storing nuclear weapons in bunkers in and around the Hamrin Mountains.

"There is only one heavily guarded place in the Hamrin Mountains," Tierney told Hannity. "And that's where we were, Jabal Makhul."

Still, despite efforts by Iraqi officials to keep inspectors away from Jabal Makhul, U.N. officials continued to give Saddam the benefit of the doubt, he complained.

"If you had ambiguous reporting; it could mean he has the nukes, it could mean that he doesn't." he said. "Normally the call would be, 'Oh well, that doesn't confirm so therefore he's still developing. He doesn't have it,'" Tierney said he was told.

The ex-inspector predicted that Saddam would likely use his nukes, "maybe (in) Israel, maybe here."

Calling the current inspections "a complete total waste of time," Tierney warned, "You have a leader of a country who's bent on stealing, killing and destroying. And it is time to resolve the issue and solve it. Crisis management is over."

"There's way too much at stake," he added. "We could lose millions more of our citizens unless we wake up and take care of this."

Funny how he is the only one stating this in public. I wonder what is being said behind closed doors at the White House.

TIERNEY: Well, there's a few more. One reason why is, during the 90's in the intelligence community, there was just a pathological risk aversion. The reason being was that our president at the time, Bill Clinton, fundamentally changed the purpose of the United States military from fighting and winning wars to crisis management and keeping his poll numbers up.

No prob; happens all the time (perhaps the added comment fouled up your search).

Can/should the moderator remove this?

They can do whatever they want <VBG>. Perhaps a removal of this from breaking and a locking of the thread would be in order.

No, the moderator should not remove this. It is the thread I found and I am quite happy not to be having to go searching about for the other one. Glad you posted it...Again!

'Designed to distract you from the failing economy ... directed by a desire to win the November elections ...'

Too bad, because except for those and tinting Cheney green, it's very good.
13 posted on 12/06/2002 4:18:52 PM PST by Mike Fieschko
[ Post Reply | Private Reply | To 8 | View Replies]
To: SirChas
Well, there's a few more. One reason why is, during the 90's in the intelligence community, there was just a pathological risk aversion. The reason being was that our president at the time, Bill Clinton, fundamentally changed the purpose of the United States military from fighting and winning wars to crisis management and keeping his poll numbers up.

14 posted on 12/06/2002 4:21:50 PM PST by concerned about politics
[ Post Reply | Private Reply | To 1 | View Replies]
To: ErnBatavia
Since you requested it, here it is. Both of these methods will only work for titles on the same forum that share at least one common word, so completely-retitled articles or articles on more than one forum won't get caught:

Method 1 (this will match any word in the title, so one will likely be doing some scrolling)

Maybe someone can explain this, but there was money involved with Ritter later. If I remember correctly, he recieved funding from Iraq for one of his pet projects? He also wrote a book. The guy was after cash more than WMD. He was bought off, but I don't remember the whole story.

Illbay has "got his mind right", I've noticed..! 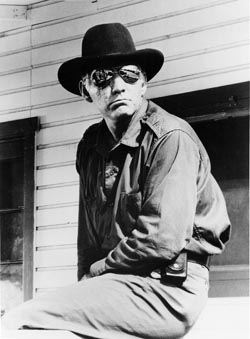 And he has the audacity, the unmitigated gall to show his face in public on our streets--much more so pontificate englessly in the media.

Dilldo--go stuffit in a garbage disposal! . . . starting with the traitorous vacuum perched hideously atop your torso.

God you are the only one who can preserve what we have left from him and his armies like him. Please keep his worse half from fulfilling her Senate term and especially from tarnishing the White House AGAIN! Amen.
19 posted on 12/06/2002 4:33:37 PM PST by Quix
[ Post Reply | Private Reply | To 5 | View Replies]
To: SirChas
Saddam Has Nukes, Ex-Weapons Inspector Says

How can this be? Scott Ritter is jumping up and down and screaming that Saddam doesn't have any WMD.