Ordinarily, you'd call it elder abuse for some manipulative character to lead an infirm elderly old man where he might not want to go.

But then there Joe Biden, running for president, unable to recall his own political proposals for running our lives, even with a teleprompter before him, clearly being led by the hand by agile Bernie Sanders minions.

Here's how bad it was, from Bronson Stocking at Townhall:

Appearing virtually at the International Brotherhood of Electrical Workers' 2020 Virtual Political Conference on Wednesday, Biden appeared to be reading from a teleprompter when he repeatedly lost his train of thought.

"Lonnie knows I believe this every fiber of being, we're opposed," Biden began confidently enough before he seemingly lost his place with the teleprompter.

Biden then switched to platitudes about making "it happen" and illuminating "the path forward."

"What I propose is, is, it can be done. I think we're in a position to really make it happen. And my team and your team are already working closely together to light up the path forward here," Biden said.

Biden's overworked staff must have queued the teleprompter back up because Biden then appears to return to it, only to lose his train of thought once again.

"Critical laws like the PRO Act to strengthen collective bargaining, on politics like prevailing and," Biden continued, as he held up his hand in a futile effort to follow along. It was no use.

That's a scarily wretched performance, from a man who's expected by pollsters to become the next president of the United States.

TOPICS: Culture/Society; News/Current Events; Philosophy; Politics/Elections
KEYWORDS: berniesanders; dementia; joebiden; senility
1 posted on 07/09/2020 7:20:18 AM PDT by SeekAndFind
[ Post Reply | Private Reply | View Replies]
To: SeekAndFind
HERE's WHAT WE ARE SEEING IN EFFECT WHEN IT COMES TO THE DEMOCRATS:
<

What's disturbing about the whole thing is who's cleaning up as a result. In a quest to woo back the unenthusiastic Bernie Sanders supporters, Team Biden has effectively turned all of Biden's proposed policies over to hardcore socialist Team Bernie. Biden presents the human face, Bernie presents the socialism - socialism with a human face, get it?

He has had some moments of lucidity lately, but when he loses it, he really loses it.

He’s not being controlled by Bernie Sanders. It’s the democrat party, formerly known as Communist Party USA, that is telling touchy-feeley-Joe what to do.

4 posted on 07/09/2020 7:31:03 AM PDT by I want the USA back (BLM is a violent marxist movement designed to overthrow the US constitutional form of government.)
[ Post Reply | Private Reply | To 1 | View Replies]
To: SeekAndFind
Joe's sleepy because he's having continual nightmares

Vegetablejoe appears to be somewhere between Stage 4 and Stage 6 dementia.

By the time the presidential debates come around, Vegetablejoe may not know he’s debating President Trump, or even remember that he’s the Demonicrat presidential nominee.

American will vote for his defective brain to be in charge?

It’s like forcing People to join the Communist Party.

>>>American will vote for his defective brain to be in charge?<<<

They will knowing that the Bolshevik Chick of Color the DNC selects as his Running Mate will be his successor in less than a year.

My money is on Duckworth.

“ American will vote for his defective brain to be in charge?”

What they are banking on is that checked-out America will accept communism to get rid of all the anger generated about Trump.

The fact that they’ve got a real shot just shows that this is a civilization that is one straw from collapse.

This election is actually starting to get quite hilarious

In the end all it takes is one election

Having gone through this with my Dad over 15 years prior to his death, it’s pretty easy to see where Joe is on the spectrum.

What Are the 7 Stages of Alzheimer’s Disease?

Stage 1: No Impairment. During this stage, Alzheimer’s is not detectable and no memory problems or other symptoms of dementia are evident. 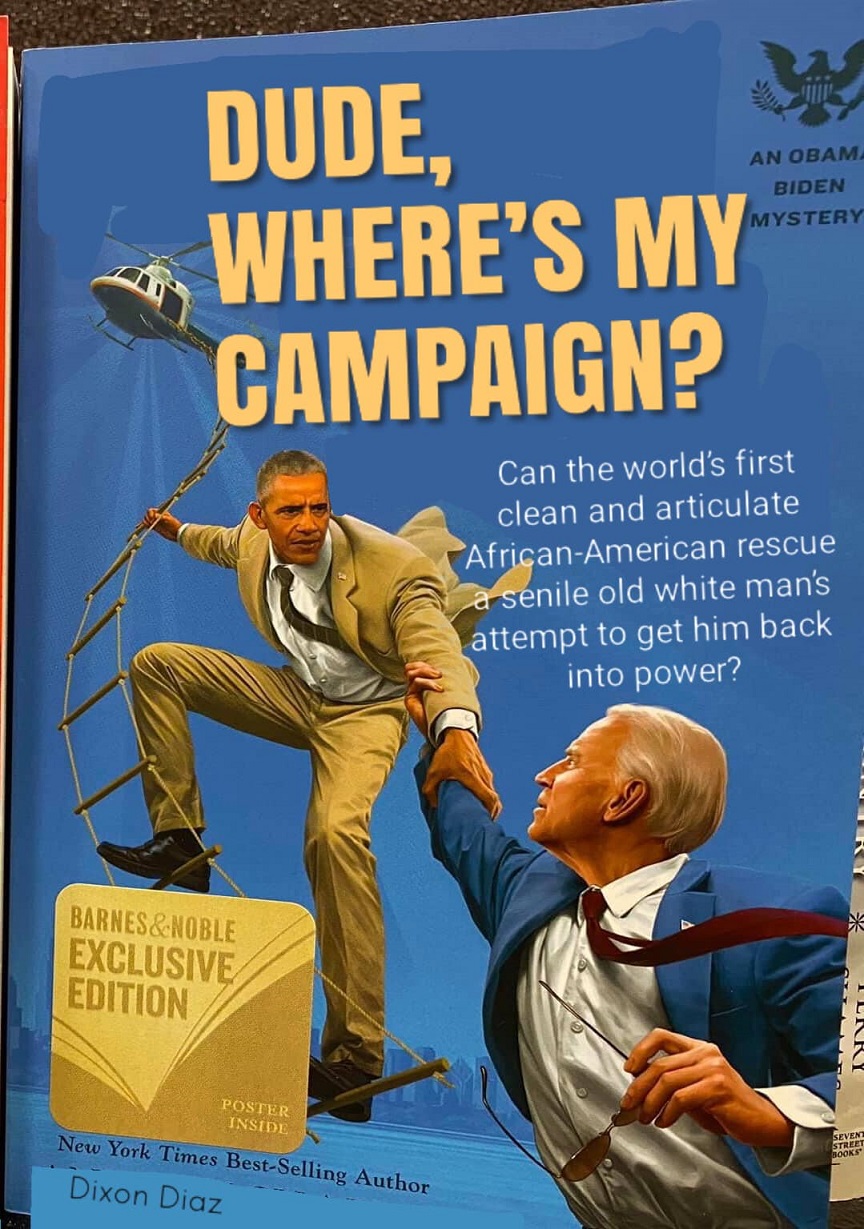 *He has had some moments of lucidity lately*

I wonder how many “takes” it took until his handlers got a few moments strung together to make him appear lucid. If it wasn’t a live performance you saw, then it was staged and practiced over and over again, and the successful scenes were pieced together neatly. What you saw was just good production and editing.

Comparing Biden to my mom, who suffered from dementia, I’d say Joe is at stage 5.

I agree with that.

Also, you may have seen an ad that Joe was running on YouTube. You can bet that was rehearsed and filmed many times, as you indicate. They got the best possible presentation they could and showed it on YouTube for a few weeks. His opening line went something like this: “This is Joe Biden I want to for this message to you …”

That was the best they could do.

I saw just a piece of that one and closed it as soon as I could. I can’t take this. Last fall I considered this elder abuse, and a lot has happened between then and now. These people propping him up have no conscience or actual concern for him. As a matter of human decency, it bothers me that he is being encouraged to stay in this. You’d think that his wife would take a greater stand in protecting him at this stage, so she must be a piece of work herself.