Ho-hum, another day in Tehran, another incident of careless explosive-tank handling. Or so the Iranians want everyone to think, for now. Officials claim that “careless handling” of oxygen tanks triggered an explosion south of Tehran that killed two people in Baghershahr late yesterday. “Human error,” the Iranian regime called it:

Two men have been killed in yet another Iran explosion, as officials blamed ‘human error’ for the blast.

The explosion rocked the Sepahan Boresh factory in the city of Baqershahr, south of Tehran, in the early hours of Tuesday morning, according to state media.

It was caused by ‘workers being negligent whilst filling oxygen tanks’, the town’s governor Amin Babai was quoted as saying.

Well, maybe, but the government used the gas-tank excuse in the Parchin explosion too, claiming it took place in a civilian area and not the nuclear/missile research facility. That prompted hoots of derision from Iranians, such as one who posted, “Do you think we’re stupid?” even before satellite photos showed the explosion’s damage at the military facility. Their state-news coverage couldn’t hide that military had responded to the explosion rather than local police, either.

This explosion has something else in common with the one at Parchin other than the gas tank excuse, too. The Jerusalem Post notes that the Sepahan Boresh factory is very close to the archives of Iran’s nuclear-weapons work, and a warehouse where traces of uranium got discovered by the IAEA. “South of Tehran” does a lot of heavy lifting, perhaps:

A large explosion was reportedly heard by residents of areas south of Tehran and in the Kahrizak area.

The location of the explosion is not far from the warehouse where Iran’s nuclear archive was found by Israel in 2018. The Saipa Press Company is located about 11 km. northeast from the area where the nuclear archive was found in the Shurabad commercial area. A warehouse where Prime Minister Benjamin Netanyahu claimed that nuclear equipment and material was stored is also located nearby in the Turouzabad area. The International Atomic Energy Agency found traces of uranium at the warehouse in 2019 and began investigating its origin, according to Reuters.

The IntelliTimes intelligence blog reported that the Sepahan Boresh factory belongs to the Iranian automotive manufacturer SAIPA. It cooperates with the Iranian Ministry of Defense; the Iranian Revolutionary Guards Corps is involved in the company as well.

That makes three explosions in or near some very eeeenteresting locations in Iran over the last couple of weeks. Or are there more? By Al-Araby’s count, the series of coincidences might be even larger than has been noticed in the Western media:

The explosion is the most recent in a series of unusual incidents at factories and sensitive nuclear and military sites in recent weeks.

A blast at a medical clinic in Tehran on Tuesday last week killed 19 people. Just two days later, a fire broke out at a nuclear site in Natanz, causing significant damage and harming Iran’s capabilities in uranium enrichment.

Such occurrences have prompted speculation that the Islamic Republic is under attack, perhaps from a foreign power.

It’s either that, or the Iranian military is in the middle of their longest streak of bad luck in decades. Neither of those would be cause for lamentation, of course, but the “coincidence” theory seems more and more difficult to believe. The Washington Post turned to intelligence and military experts, who are very skeptical of the explanations offered by Iran. Instead, they believe this is part of a sophisticated operation designed to stop Iran’s march to a nuclear weapon, and that can only mean …

A massive explosion and fire at a highly sensitive Iranian nuclear facility last week was likely an act of sabotage, intelligence officials and weapons experts said Monday, but analysts were divided over the severity of the damage to Iran’s nuclear program. …

A Middle Eastern security official said in an interview that the damage was caused by a “huge explosive device” planted by Israeli operatives to “send a signal” to Tehran. The official spoke on the condition of anonymity, citing the sensitive nature of the intelligence and insisting that his name and nationality not be revealed.

“There was an opportunity, and someone in Israel calculated the risk and took the opportunity,” the official said. He described the building as having been “completely destroyed.”

Other analysts and nuclear experts also said the evidence so far strongly suggests that a bomb detonated inside the facility, known as the Iran Centrifuge Assembly Center. In addition to satellite images, photos released by Iran’s Atomic Energy Organization show doors blown off hinges, cracked walls and missing roof panels.

“The simplest explanation is an explosion inside the building,” said Jeffrey Lewis, a professor and weapons expert at the Middlebury Institute of International Studies in Monterey, Calif. “It’s getting really hard to see this as an accident.”

No kidding. That would be true even if it was just the only explosion in or around Iran’s nuclear-weapons/missile programs, but it’s not. The series of “accidents” looks like a planned sabotage operation by someone. Israel has a history of attacking nuclear facilities in hostile regimes — Osirak in Iraq decades ago, and a strike on a Syrian facility being built with help from North Korea a few years ago. There is little doubt as to which country Iran would target with a nuclear weapon, and the Israelis believe the best defense is a good offense.

That doesn’t necessarily mean it was Israel, or even a foreign power. Tyrannical regimes produce domestic enemies, too, even rigidly theocratic regimes. Plus, Iran doesn’t lack for other enemies. The Saudis and Jordanians have a vested interest in keeping Iran nuke-free and might have better contacts in the country than the Israelis could develop. Both would also not weep too many tears if the IRGC ended up taking a major prestige hit over these incidents, either. The US has an interest in ending Tehran’s nuclear threat, of course, and it could be a collaboration between any or all of these countries.

One thing is for sure — Iran will have to sink a lot more resources into internal security and mole hunts at a time when they can’t sell their oil or access international financing. The fallout should be fun to watch … as long as it’s from a distance.

Mullahs must be crapping their night gowns.

Jew must be kidding me 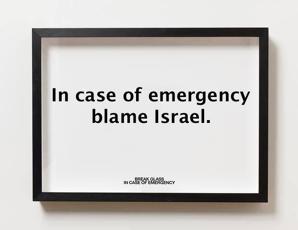 Well a lot of experienced, more careful people died in the first blast last week. The b-listers were on this job and well, now the third string is pretty much left, so look for another boom in the near future.

Maybe somebody is Mossading around.

Amin Babai said "whilst"? Is he from The Guardian and moved down there for the weather?

Yes, but mean President Trump took away some of their money.

14 posted on 07/07/2020 7:08:25 PM PDT by SaveFerris (Luke 17:28 ... as it was in the days of Lot; they did eat, they drank, they bought, they sold ......)
[ Post Reply | Private Reply | To 13 | View Replies]
To: SeekAndFind
I'm waiting for Obama to come out and say that this was really Joe Biden's "brilliant plan" to lull the Iranians into thinking they were safe with the Iranian Nuclear Deal, but that they were really being snookered by the Obama-Biden administration into a fatal collapse timed to occur just before the 2020 election.

Always lubricate the O2 valve nozzel with a petroleum lubricant.

**Not recommended for the rest of the world.

[ Always lubricate the O2 valve nozzel with a petroleum lubricant. ]

Heard about that 40+ years from a friend who was a pipefitter. It was a story given out by an instructor in his school.

Someone didn’t realize what they were using to lubricate the fitting. Yikes.

They need a Tehran Bob to assure the world everything is under control.

Those clumsy, oafish Iranians are just so careless. Blowing up places. Should be more careful.