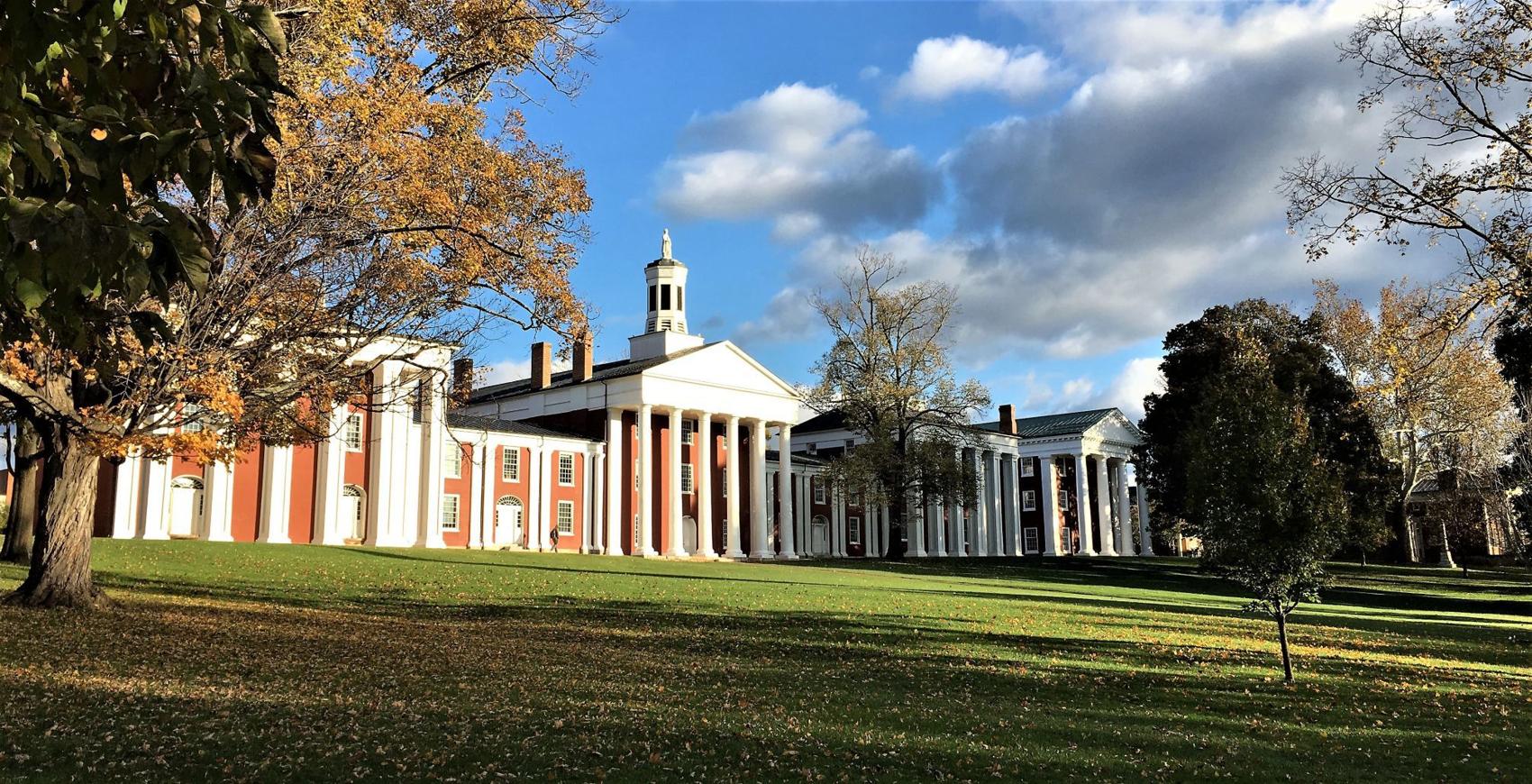 Washington and Lee University faculty passed a motion to remove Robert E. Lee from the name of the small liberal arts college in Lexington.

The motion — the first time for W&L faculty to make such a recommendation — will be sent to the board of trustees.

W&L President Will Dudley called a special meeting to discuss the motion at the request of the faculty affairs committee. More than 260 faculty members attended the virtual meeting late Monday afternoon and 79% of them voted for the motion.

“The university’s name rests with its board of trustees, and there are no current plans to change it,” said university spokeswoman Drewry Sackett.

The school was named for George Washington, an early benefactor, and Lee, the former Confederate general and president of the university who is buried in the chapel at the heart of campus. Washington and Lee University is the school’s fifth name since 1749.

The three permanent Black faculty members at W&L’s law school called for the removal of both Washington’s and Lee’s names from the school’s name, according to a letter sent to Dudley.

“It is worth exploring why the faculty has decided to make a collective statement on Lee and why the faculty has not included a demand to drop Washington in their petition,” according to the letter written by Brandon Hasbrouck, an alum and associate professor of law. “It is no longer acceptable, profitable or convenient to be associated with Lee but it is for Washington.”

An amendment was proposed to include the removal of Washington’s name, but that motion failed.

“A name change is a symbolic gesture, but

The same town where blocks away, the lunatic bitch that runs the Red Hen exists.

I haven’t heard any movement on getting rid of the name Yale.

>>“A name change is a symbolic gesture, but what we really need to invest our energy in is changing our behavior as faculty and students,” Ponce de Leon said. “The members of our community who come from diverse backgrounds don’t feel comfortable because of how we treat people — it isn’t just the name.”

‘Ponce de Leon’?? A “professor” named after a mass murdering slave owner who slaughtered native americans and waged biological warfare against them? When is this professor going to change xer name?

Watch, the next thing they’ll want is for the Lee burials to be moved.

And I hope, in kind, parents change their decisions as to where to send their kids to college.

Let the “black lives matter” parents support the universities they choose to send their kids to.

Go with Washington and Douglas.At least Fredrick Douglas was a patriot.

I would hope the alums who donate make their views known, loud and clear.

Sad commentary on ignorance of General Lee’s life. After the war, he dedicated himself to education and preservation of the union. He could have gathered former Rebels and refought the war through guerillas but he chose peace instead. They took his land to make Arlington Cemetery. I never hear anyone say that veterans shouldn’t be buried there because slaves might have walked those fields.

> An amendment was proposed to include the removal of Washington’s name, but that motion failed. <

Failed for now. If I live long enough, I’m sure I’ll see Washington’s name gone, and Lee’s body gone. Because doing that would be the Stalinist thing to do.

12 posted on 07/07/2020 1:37:52 PM PDT by Leaning Right (I have already previewed or do not wish to preview this composition.)
[ Post Reply | Private Reply | To 2 | View Replies]
To: fieldmarshaldj
If the university is associated with such racists:

Why didn't the faculty just vote to close the university?

Why didn't they resign?

Seems to me they want something for nothing. Why not put their money where their mouths are?

Lenin and Stalin University. It will come complete with appropriate statues.

Yeah. What patriotic family would send their kids to an indoctrination camp and spend good money on a future loser.

17 posted on 07/07/2020 1:39:37 PM PDT by HighSierra5
[ Post Reply | Private Reply | To 7 | View Replies]
To: fieldmarshaldj
"In 1796, George Washington endowed the academy with $20,000 in James River Canal stock, at the time one of the largest gifts ever given to an educational institution in the United States. Washington's gift continues to provide nearly $1.87 a year toward every student's tuition. The gift rescued Liberty Hall from near-certain insolvency. In gratitude, the trustees changed the school's name to Washington Academy; in 1813 it was chartered as Washington College.

An 8-foot-tall (2.4 m) statue of George Washington, carved by Matthew Kahle and known as Old George, was placed atop Washington Hall on the historic Colonnade in 1844 in memory of Washington's gift. The current statue is made of bronze; the original wooden statue was restored and now resides in the university's library."

Well, thanks for nothing, George. I guess these statues will be the next to go.

18 posted on 07/07/2020 1:39:37 PM PDT by cincinnati65
[ Post Reply | Private Reply | To 2 | View Replies]
To: fieldmarshaldj
The three permanent Black faculty members at W&L’s law school called for the removal of both Washington’s and Lee’s names from the school’s name

So why did they work there in the first place?

I’m sure they can come up with some nice monikers which will be politically correct.

Mao and Che and Fidel and Friends????