WASHINGTON — A key former F.B.I. official cast doubt on the Justice Department’s case for dropping a criminal charge against President Trump’s former national security adviser Michael T. Flynn during an interview with investigators last week, according to people familiar with the investigation.

Department officials reviewing the Flynn case interviewed Bill Priestap, the former head of F.B.I. counterintelligence, two days before making their extraordinary request to drop the case to Judge Emmet G. Sullivan. They did not tell Judge Sullivan about Mr. Priestap’s interview. A Justice Department official said that they were in the process of writing up a report on the interview and that it would soon be filed with the court.

The department’s motion referred to notes that Mr. Priestap wrote around the bureau’s 2017 questioning of Mr. Flynn, who later pleaded guilty to lying to investigators during that interview. His lawyers said Mr. Priestap’s notes — recently uncovered during a review of the case — suggested that the F.B.I. was trying to entrap Mr. Flynn, and Attorney General William P. Barr said investigators were trying to “lay a perjury trap.”

Why's they have to be found? The note's should have always been readily available as part of the chain of custody.

“[Priestap] said that F.B.I. officials were trying to do the right thing in questioning Mr. Flynn and that he knew of no effort to set him up.”

His views were disregarded because they were absurd, and lies, and can be shown to be lies. 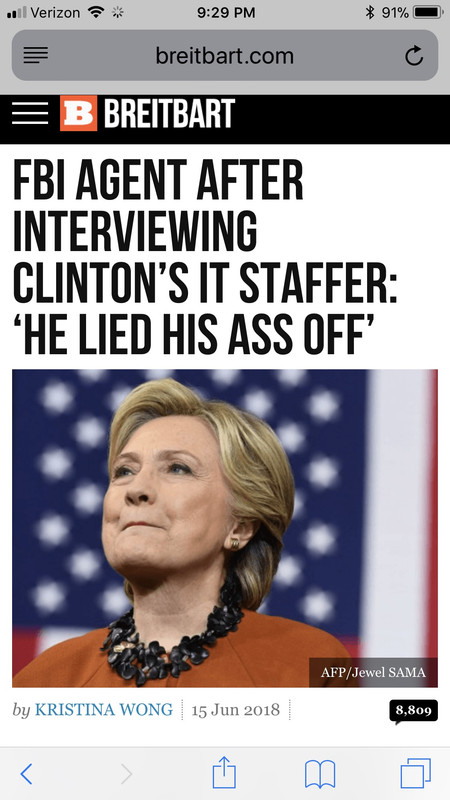 If you believe that Telling the Truth matters to them whatsoever, explain this!

5 posted on 05/14/2020 4:46:49 AM PDT by exnavy (american by birth and choice, I love this country!)
[ Post Reply | Private Reply | To 1 | View Replies]
To: where's_the_Outrage?
Mr. Van Grack and Ms. Ballantine, the prosecutors on the case, acknowledged the facts but vociferously disagreed with Mr. Jensen’s legal argument that Mr. Flynn’s lies were immaterial to the larger investigation into Russian election interference, according to department lawyers familiar with their conversations.

How does what Flynn did after the election be material to "Russian election interference"?

How was Flynn's interaction with Turkey material in "Russian election interference"?

They are all nervous and trying to protect each other. The wrong doing is always covered up and twisted. The liberal media will come to the rescue.

They are starting to sound like kids making up stupid lies on the fly hoping to stay out of trouble. It won’t work.

“.... that he was giving them his interpretation of the notes as he read them now, according to a person familiar with his interview.”

I suspect they’re trying to create a new narrative in which Priestap will claim to have been “targeted for prosecution” because of “crossing Trump”.

The whole Russian election interference was a complete hoax with many villains throughout the Democrat party, Obama administration and the MSM. And some villains in the Republican party. Many of the rats are getting nervous.

Exactly who is bring this to court? What standing?

Funny (not really) that the article doesn’t mention that Van Grack headed for the hills right before the DOJ announced that they were dropping the case against Flynn.

It seems almost impossible for a Democrat & especially a federal judge, to admit that a mistake was made on their part. Where one may lie, another will swear to that lie.......until the whole house of cards comes down & many lives are needlessly ruined.

More and more that sounds like it’s the case. Flynn needed to be taken out to protect Obama. Now it’s all about protecting themselves (FBI). I would love to see one of those honest rank and file FBI guys that Hannity keeps talking about just blow the whistle on all of this.

The judge isn’t much better. I have never heard a case when the prosecutor drops the case, the just says no. When Holder dropped the Black Panther voter intimidation case, the judge did not keep it going, even with they were guilty of the crime. Flynn in innocent of the crimes he is being charged of, the FBI notes show it. In Flynn’s case, he must pay the price for daring to cross Obama. When this is all over, Team Trump should debrief Flynn to figure out what the deep state is so scared of being revealed.

17 posted on 05/14/2020 5:36:27 AM PDT by Dutch Boy
[ Post Reply | Private Reply | To 7 | View Replies]
To: ratzoe
Just minutes after that news surfaced, Justice Department sources told Fox News that the DOJ was dropping the Flynn case entirely. That move came on the recommendation of U.S. Attorney Jeff Jensen, who served as an FBI agent for more than a decade and had been evaluating the Flynn case.

So it's a little confusing which occurred first. Did the DoJ inform Van Grack they were dropping the case which then prompted him to quit, or did he quit which then prompted the DoJ to drop the case against Flynn. Either way this whole Flynn case was absolutely prosecutorial abuse and people should be heading to jail.

“Ex FBI Official” huh?
Would that be Priestap the crook?
Ge has about as much credibility as Baghdad Bob.

Priestap: ‘Do you believe me or your lying eyes?’