Just as you thought that other Epidemic was over... Congo records second Ebola death in days: WHO
Reuters ^ | 04/13/2020

Congo had been due on Sunday to mark an end to the second-deadliest outbreak of the virus on record, until a case was confirmed on Friday in the eastern city of Beni.

The outbreak has killed more than 2,200 people since August 2018 in an area of the country where militia violence hobbled efforts to contain it.

The latest victim was an 11-month-old girl, who was treated at the same health centre as the previous case, a 26-year-old electrician, said Boubacar Diallo, deputy incident manager for the WHO’s Ebola response.

Officials say it is not yet clear how the electrician contracted Ebola. He had no known contacts with other Ebola patients and was not a survivor of the virus who could have relapsed, the government said on Friday.

Flare-ups or one-off transmissions are common towards the end of Ebola outbreaks, and a new case does not necessarily mean that the virus will spread out of control again.

Ebola causes fever, bleeding, vomiting and diarrhoea and spreads among humans through bodily fluids. During this outbreak it killed about two thirds of those it infected.

The WHO has identified 215 people who came into contact with the electrician, including 53 health workers at three facilities the man visited before he died, Diallo said. All but one of the health workers had already been vaccinated, he said.

Health officials thought they had witnessed the end of the second-deadliest outbreak of the virus on record there, after not a single case had appeared in nearly seven weeks.

The WHO has since 2018 considered the Democratic Republic of Congo at hotspot for the deadly disease, potentially threatening surrounding countries and the rest of Africa. Ebola has killed over 2,200 since an outbreak began in August 2018. The country has been struggling since to get a handle on it.

Didn’t Obama/Biden/Fauci take care of this w/o social distancing? /sarc

Does an N95 stop viruses in blood spit up at the face?

Asking for a friend.

It could be taken care of with shoes with rubber soles.

Walking in blood and guts dripping all over is the major source of infection.

Having seen Michelle Obama in sandals up close , I get this.

But it’s still a bad idea.

6 posted on 04/13/2020 7:47:36 AM PDT by Jewbacca (The residents of Iroquois territory may not determine whether Jews may live in Jerusalem)
[ Post Reply | Private Reply | To 3 | View Replies]
To: SeekAndFind; neverdem; ProtectOurFreedom; Mother Abigail; EBH; vetvetdoug; Smokin' Joe; ...

If a quarantine saves just one child's or one old fart’s life, it's worth it.

It will be interesting to see how COVID-19 spreads in malaria prone areas where people regularly take Hydroxychloroquinine. 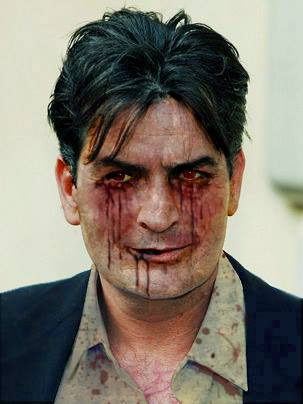 Imagine a modified Ebola virus that would spread like the flu: Flubola. Imagine its target being people who tend towards narcissism.

Gee, how convenient for those who don’t at all mind seeing people die so they can get what they want.

Not really...Ebola really never goes away in Africa....especial areas like the Congo....and for all the regualar reasons it’s a battle to get it under control when it flares up again...Superstitions and burial rites often get in the way as welll as peoples lack of ability to understand how and why it needs to be treated.

Quick! Lock down the country before its too late! Not second to waste!!

WHO via Rooters. Not even going to look.

At least this time there will be no bringing sick patients here to treat them and potentially spread it.

Straight from the CDC site from the last outbreak was they had no clue how Ebola was transmitted.

CDC and WHO swore CV wasn’t transmitted person to person and masks are dangerous.

NIH swore CV wouldn’t be a problem in the US and masks are dangerous.

Ebola nurse Kaci Hickox is deeply saddened that she won’t have news crews taping her going out for pizza while quarantined.