On a 500-acre campus in Carlisle, Pennsylvania, Middle East scholar Raymond Ibrahim was finally allowed to give his speech before a packed, mostly civilian audience at the U.S. Army War College’s Heritage and Education Center.  Based on his book, Sword and Scimitar -- Fourteen Centuries of War Between Islam and the West, Ibrahim covered the 7th century origins of Islam, its conflict with Christianity during the hundreds of years that followed, and revisionist attempts to deny Islam’s history of violent warfare and supremacism.

Ibrahim, a Judith Friedman Rosen Writing Fellow with the Middle East Forum, was on the receiving end of such an attempt in June 2019, when the Council on American-Islamic Relations and other Islamists convinced the U.S. Army War College to disinvite Ibrahim from his original appearance, fallaciously accusing the son of Egyptian immigrants of being a “bigot" and “white nationalist.”

However, Ibrahim wasn’t alone. In its press release, CAIR ridiculed the War College as “an academic institution run on taxpayer funds” which was “poised to exacerbate longstanding problems such as racism and human rights violations that exist within the US military.”

Ibrahim explained that CAIR is “well aware how important it is to dominate the historic narrative.” He pointed to his reliance on primary source material and actual quotes from jihadist and Islamists to support his view that there is “a continuity between past and present; Muslim religious leaders and jihadists see Christianity as both antithetical to the Islamic world and inherently ripe for conquest or conversion.”

When CAIR learned that Ibrahim was set to return to the Carlisle campus, it responded by once again suggesting that it suffers from an “internal problem with white supremacists and white nationalists within its ranks,” while claiming that Ibrahim’s talk would “instigate hatred against Muslims.”

Undeterred by his Islamist critics, Ibrahim began his presentation by saying that “since 9/11,” it has “become popular” for media and academia to whitewash the Koran’s objectionable passages.  “They say Mohammad may have done bad things, but so did King David and Abraham,” he said. The difference, Ibrahim noted, is that the Torah acknowledges the wayward path of these leaders and advises against following them, unlike the Koran.

For argument’s sake, Ibrahim offered to “put aside what the Koran says,” and “see what Islamists have done.” Beginning with the Islamic conquests of the Middle East and North Africa, Ibrahim argued that Islamists’ consistent goal has been western submission to Islamic supremacy. This region, which is identified today as Muslim-majority, was home to more Christians than Europe in the 7th century. What remained after the Arab Muslim invasion became “the West.”  Ibrahim quoted historian Franco Cardini, who wrote that, “Repeated Muslim aggression against Europe in the 7th and 8th centuries and again in the 14th and 18th centuries was a violent midwife to Europe.”

Ibrahim referred to the late historian of Islam Bernard Lewis, who said, “We forget that for a thousand years since the advent of Islam from the 7th century to the siege of Vienna in 1683 Christian Europe was under constant threat from Islam, the double threat of conquest and conversion violently wrested from Christendom.” Ibrahim noted that modern historians often fail to acknowledge this simple truth.

He argued that Mohammad’s guidance to spread Islam was the motivation behind the Islamic conquests. The only way peace could be achieved was through acceptance of Islam by conversion, enslavement, or paying the jizya -- an enormous annual tribute which the caliphate levied on non-Muslims.

Short of these options, a non-believer’s only recourse was to fight to the death.  He quoted what Islamist conqueror Khalid bin Walid said to a Byzantine general before the Battle of Yarmuk in 636 CE: “We Arabs are in the habit of drinking blood and we are told the Romans are the sweetest of its kind.  Where you love life, we love death.”

Unlike contemporary historians who identify the various inter-civilizational wars of this age as ethnic and nationalistic, Ibrahim emphasized that the primary sources clearly show that these ongoing battles were manifestations of jihad, inspired by Koranic scripture. He called this tendency “a historic fact that modern day historians censor.”

Ibrahim showed that modern jihadists “belonging to groups such as ISIS are well-versed in Islamic historic military jurisprudence” and the Koran and point to historical precedents to justify their violence and brutality.

At the fall of Constantinople, Sultan Mehmed II motivated his jihadists with the same instructions invoked by modern-day ISIS: “Recall the promise of our Prophet regarding fallen warriors in the Koran; the man who falls in combat will be transported bodily to Paradise [and] will dine with Mohammed in the presence of women.”

Next, Ibrahim recounted the American experience with the Islamic Barbary pirates in 1785 and 1786 that attacked U.S. merchant ships and enslaved American sailors. In an effort to ransom the slaves, Thomas Jefferson and John Adams entered negotiations with Abdul Rahman, Tripoli’s ambassador to Britain. The American diplomats futilely explained that they “had done them no injury” and “consider all mankind our friends.”

Abdul answered that “it was founded on the laws of their Prophet, written in the Koran that all nations not acknowledging their authority were sinners, that it is their religious right and duty to make slaves of non-believers, and all Muslims slain in battle were sure to go to paradise.” America’s conflict with Islam did not begin on 9/11. Rather, it dates back to the time of America’s Founders.

To underscore this message, Ibrahim cited Theodore Roosevelt’s 1916 book,  Fear God and Take Your Part, where the former president pointed out, “If the peoples of Europe in the 7th and 8th centuries, and on up to and including the 17th century, had not possessed a military equality with, and gradually a growing superiority over the Mohammedans who invaded Europe, Europe would at this moment be Mohammedan and the Christian religion would be exterminated."

The great English statesman Winston Churchill also criticized Islam for institutionalizing slavery. “The fact that in Mohammedan law every woman is the absolute property -- either as a child, a wife, or a concubine -- must delay the final extinction of slavery until the faith of Islam has ceased to be a great power among men.”

Ibrahim rhetorically asked, if the violent history of Islam is so well-documented, “so ironclad” then “why don’t we know about it?” Older historians who studied Islam unprejudiced by political correctness reached conclusions which no longer comport to what the public is told. Conversely, modern historians get away with academic malpractice by reducing previous Islamic studies scholarship to outdated myths.

This is all part and parcel to what Ibrahim referred to as “propaganda as a form of jihad,” misinformation of which academics and groups such as CAIR are the most vociferous defenders.

In the end, Ibrahim gave Army service members and the community a coherent and fact-driven presentation of Islamic history that everyone in America should hear, one that  dispels the many false, politically correct notions about the nature of Islam.  It lays bare the inconvenient truth that Islamic ideology is what motivates Muslim jihadists to perpetrate acts of terrorism against non-believers, both domestically and abroad.

This is EXCELLENT NEWS! FINALLY!!!

The real nature of Islam is the double threat of violent or political conquest of your people’s minds, capture and seizure of your land, destruction of the God you believe in, and religious conversion to islam by threatening your life.

Islam is real bad news to a free soul. It rots the mind. Like heroin, it alters the mind destructively and permanently.

She enumerates all the negatives we’ve observed for years.

Too bad she got woked the hard way....thru horrendous personal experiences.

BTW, she mentions Somali refugees as the worst of the worst. 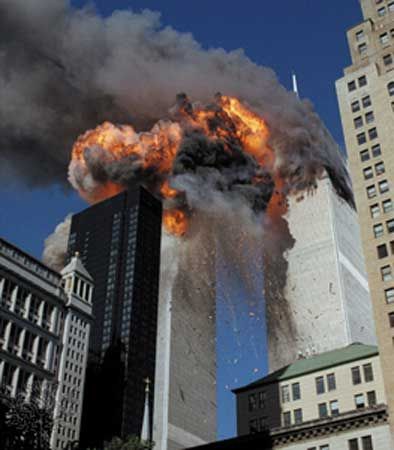 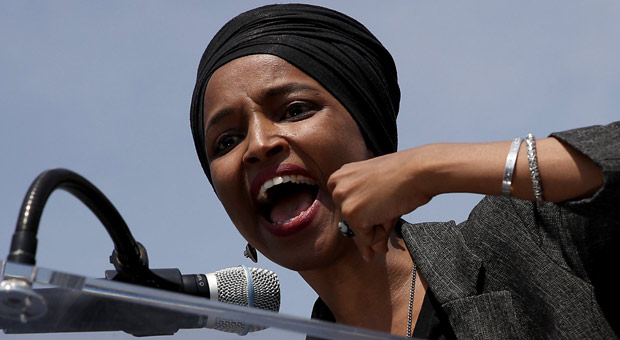 The Left hates Raymond Ibrahim because his knowledge of Islam is encyclopedic, he tells it like it is, was, and always will be -— and he WILL NOT QUIT.

Call it by its real name.

(You don’t see this kind of thing happening in China, Japan, Korea, or Mexico, do you?)

We might also look at writings of Ayaan Hirsi Ali for insights into Islam.