Former Vice President Joe Biden on Monday accused President Trump of dithering in the early days of the coronavirus, saying that a “failure of planning and preparation” by the White House has worsened the health and economic crises the nation faces.

Speaking from a makeshift studio at his home in Delaware, Biden made his first public remarks about the coronavirus in nearly a week, addressing concerns from some on the left that he has been ceding the spotlight to Trump.

The former vice president accused the Trump administration of ignoring early warning signs about the pandemic and of downplaying the disease at critical points when the virus was primarily concentrated in China.

“For too long, the warning signs were ignored,” Biden said. “For too long, the administration said the threats were under control, contained, or like the flu. The president said no one saw this coming. That’s just not accurate. Our intelligence officials were warning about the coronavirus threat in January. Just based on public information I had, I warned the threat was getting worse way back on January 27.”

Health and Human Services Secretary Alex Azar declared the coronavirus a public health emergency on Jan. 31, 10 days after the first case appeared in the U.S.

The president initially said that the spread was “under control” in the U.S. and that the warmer spring weather might help to curb the spread before launching a task force headed by Vice President Pence on Feb. 26 to lead the government’s response.

A shortage of test kits has been among the most glaring shortfalls of the government response, and Biden pointed to South Korea, where testing has been free and easy and the country appears to be on the right trajectory despite identifying its first case on the same day the U.S. did.

“We had none of that, so we’re left with only the extreme social distancing measure in place,” Biden said. “That’s a failure of planning and preparation by the White House.”

The campaign also pointed to a 2009 White House briefing in which then-White House spokesman Robert Gibbs walked back remarks Biden made that the travel industry described as “fear mongering.”

“Biden has already proven he has nothing new to add to the public discourse around the coronavirus, nor can he explain why he sided with the Chinese in opposing President Trump's life-saving China travel restrictions," said Trump campaign spokesman Andrew Clark. "In his rush to politicize the pandemic, Biden is displaying his poor judgement when it comes to protecting America’s public health.”

The former vice president on Monday also laid out four points of action he wants to see the government take.

Trump has been resistant to ordering companies to make certain items, saying the companies know what they do best and are reacting to market pressures to produce the goods that need to be made.

Biden also said the president must employ the armed forces and National Guard to expand hospital capacity; that Trump must “end the infighting and bickering” between political officials and health experts in his administration; and that he must “set the right priorities for the economic response” by directing cash to average workers, rather than big companies and their executives.

A massive spending bill stalled in the Senate on Sunday night amid allegations from Democrats that it was a “slush fund” for large corporations that could be used for executive bonuses and stock buybacks.

“As of last night, President Trump and Mitch McConnell were offering a plan to let big corporations off the hook,” Biden said. “They proposed a $500 billion slush fund for corporations with almost no conditions.”

Republicans are furious over the allegations, noting that the spending package includes direct payments to low-earning Americans and that Senate Minority Leader Charles Schumer (D-N.Y.) had praised the package as a bipartisan achievement as recently as Saturday.

Biden’s address comes as some Democrats have expressed frustration that he’s allowing Trump to take center stage in a time of crisis.

The president’s approval rating has been rising over the past week, even as many in Washington have criticized his handling of the government’s response.

Biden has been taken off the campaign trail due to orders from officials that people stay indoors. He had not spoken in front of cameras since last Tuesday, as his team outfitted his home with a television studio so that he could address the public from there.

Biden says he expects to make regular on-camera appearances going forward, although the first one was not seamless.

The former vice president appeared to run into an issue with his script at one point. He waved at a staffer to move along before abandoning one of his talking points.

Still, the address should quell some concerns that he’s been absent at a critical moment.

“I hope today and in the days ahead the president will give us the unvarnished truth," Biden said. "I hope he lets the medical experts and FEMA leaders take center stage, to hear from them directly. And I hope we hear less talk and see more evidence of fast action." 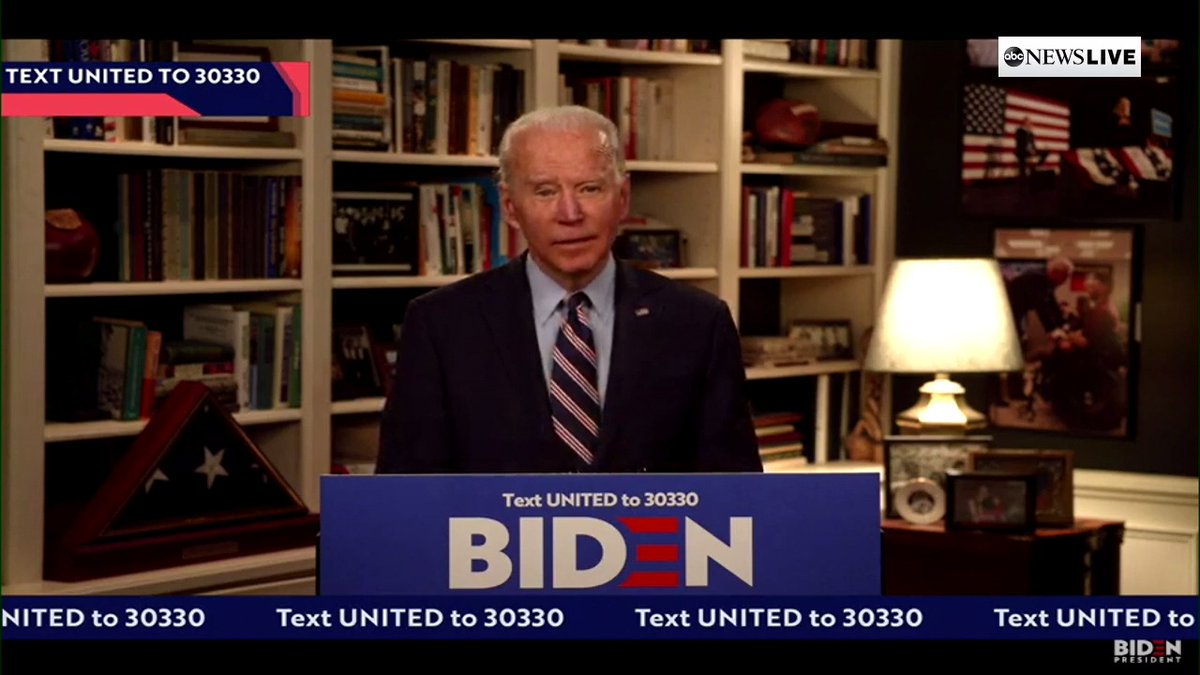 TOPICS: Front Page News; News/Current Events; Politics/Elections
KEYWORDS: nationsidiot; oe; sloppyjoe Navigation: use the links below to view more comments.
first 1-20, 21-40, 41-60, 61-63 next last
Attempting to blame the spreading Chinese disease on President Trump is a typical Democrat loser tactic. Those who can read and understand know that had a pants suited Clinton or a sloppy Joe had been in the Oval Orifice at this time...or any time for that matter....would be catastropic.
1 posted on 03/24/2020 5:02:42 AM PDT by yardboyd
[ Post Reply | Private Reply | View Replies]
To: yardboyd

Biden is a 77-year-old cancer survivor. His odds of living through this aren’t high.

He can’t speak off teleprompter either. Another Obama fake empty suit.

So now they blame Trump for what the Democrats did.

OK Biden, let me know when you are actually able to organize a virtual town hall without massively screwing it up, let alone come even close to dealing with a major crisis.

That would be H->!’s Dr. Fauxy’s fault for poor planning and lack of development of treatments and testing at the CDC/NIH/FDA.

Wow! I was going to vote for trump, but after seeing this I’m voting for Biden.

Thanks, Joe, for setting me straight!

Biden, as in the case of Obama as well...is the kind of speaker that needs an audience there to ‘pep’ him on. When it’s just ten people around, a camera or two, and no clapping going on...Biden is just an empty suit delivery-guy. I think Hillary actually did better in a quiet studio room, and worse in front of 2,000 people.

And then there's this moment to remind us about how she would have handled this situation.
10 posted on 03/24/2020 5:13:06 AM PDT by OttawaFreeper ("The Gardens was founded by men-sportsmen-who fought for their country" Conn Smythe, 1966)
[ Post Reply | Private Reply | To 4 | View Replies]
To: yardboyd

So Slo Joe is accusing Trump of being slow. Ha

Did anyone hold the a##clown and his court jester responsible for the 14000 deaths from swine flu they made no big deal about, the economy for what it was Worth was still going and the scumedia hid it all from the American people? SCUMBAGS ALL OF THEM!

We knew they were going to say that.

He READ what someone else wrote off a teleprompter, flanked by his deceased son’s funeral flag (he wasn’t killed in combat, was a Reserves lawyer, had a brain tumor, all very sad but Biden never ceases to use dead relatives to advance his career). When the prompter malfunctioned, he didn’t know what to say bc he doesn’t know what he is talking about. In addition, all the points he criticized Trump for NOT doing the latter has already DONE. Leave it to the stinkin’ press to try to make a silk purse out of a pig’s ass.

This from a clown

- whose party couldn’t even add votes for a caucus

- whose campaign couldn’t operate the teleprompter he read this from

- whose administration couldn’t even develop simple websites to roll out ObamaCare.

It is going to be hard to pin this on the guy who wanted to stop Thirdworlders from “shitholes” from flooding this country... 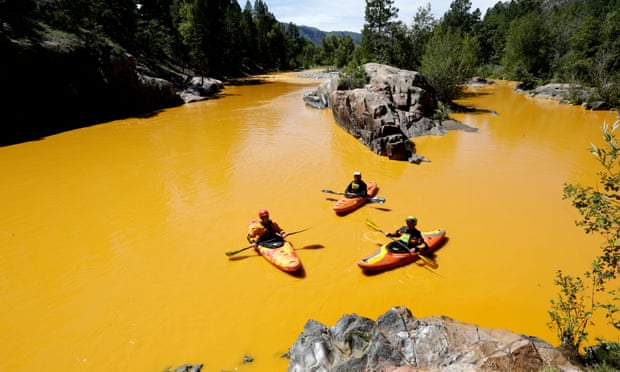 And half as smart.
As usual 'Rats accusing repubs of their own shortcomings.
Masters of Projection