End the Hoax: There Are No Palestinians!!!
Front Page Magazine ^ | February 3, 2020 | Robert Spencer

The “Palestinian people” is a propaganda fiction. It’s time to stop playing along.

President Trump’s “Deal of the Century” was a brilliant illustration of his mastery of the art of the deal. This extravagantly generous proposal, and the Palestinians’ contemptuous rejection of it, severely damages the international Left’s claim that the Israelis are the obstacles to peace, and exposes the Palestinian leadership for the genocidal warmongers they are. Now it is time to take one more crucial step: end the recognition of the “Palestinian people” altogether!! There is no such nation, race, ethnicity, nationality, or culture, and never was! Returning to reality on this matter will pave the way to the adoption of sane policies for the region.

“The Palestinian people” was born in 1963, when the foes of Israel hit upon a new strategy that would turn the tide of international public opinion against Israel and give new impetus to the jihad against it. Before that, as The Palestinian Delusion: The Catastrophic History of the Middle East Peace Process shows, amid all the drama surrounding Jewish settlement in Palestine, the rise of Zionism, and the establishment of the Jewish state, the Palestinians are nowhere to be seen. Palestine was the name of a region, like Staten Island or Dubuque, not the name of a people.

It is no accident that neither Mark Twain, nor any of the series of English travelers who visited the area, nor anyone else who traveled through desolate Palestine over the centuries ever mentioned the “Palestinian” people. They spoke of encountering Arabs, as well as Jews and Christians and others, but no one, among multitudes of people who wrote about Palestine, ever refers to any Palestinians. Nor do the many British White Papers and other documents the British government produced during the Mandate period ever mention the Palestinians. The opposing factions in those documents are the Jews and the Arabs.

There is a very simple reason for this: there were no Palestinians.

During the Mandate period, the Arabs of Palestine generally considered themselves to be Syrians, and Palestine to be Southern Syria. Early in 1919, Arab Muslims in fourteen Palestinian municipalities, calling themselves the Muslim-Christian Association, presented a petition to the Paris Peace Conference, which was deliberating about the postwar fate of Syria, Palestine, and other former Ottoman possessions.

The petitioners insisted that Southern Syria, i.e., Palestine, be considered to be “insep­arable from the independent Arab Syrian government,” for it was “nothing but part of Arab Syria and it has never been separated from it at any stage.” Arabs in Palestine, they said, had “national, religious, linguistic, moral, economic, and geographic bonds” with Syria, and therefore insisted that Palestine must be “undetached from the independent Arab Syrian Government.” Pal­estine “should be part of Southern Syria, provided the latter is not under foreign con­trol.” Those who were making these demands would all today be considered Palestinians. Yet they would be baffled beyond measure if they could be transported a century ahead and made to listen to today’s rhetoric about the Palestinians, the indigenous people of Palestine. So would Musa Kazim al-Husayni, who as head of the Jerusalem Town Council declared in October 1919: “We demand no separation from Syria.”

Even Ahmad Shukairy, who in the 1960s was President of the Palestine Liberation Organization, conceded that at the close of World War I, no one was talking about the rights of the Palestinian people; instead, what was in the air was union of the Arabs of Palestine with the Arabs in Syria: the slogan went “Unity, Unity, From the Taurus [Mountains] to Rafah [in Gaza], Unity, Unity.” In fact, the word “Palestinians” was more often applied to Jews than to Muslim Arabs. During the Mandate period, some Arabs rejected the term, explaining: “We are not Palestinians, we are Arabs. The Palestinians are the Jews.”

Auni Bey Abdul-Hadi, an Arab Muslim leader, regarded the term with the same disdain, telling the Peel Commission in 1937: “There is no such country as Palestine! ‘Palestine’ is a term the Zionists invented! There is no Palestine in the Bible. Our country was for centuries part of Syria.”

In 1946, the Arab-American historian Philip Hitti testified before the 1946 Anglo-American Committee of Inquiry: “There is no such thing as Palestine in history, absolutely not” – meaning that there had never been a nation bearing this name.

By the early 1960s, however, the situation had changed, and changed drastically. The 1963 draft constitution of the Palestine Liberation Organization refers matter-of-factly to “Palestinians,” as if they were a distinct and readily identifiable people. “All the Palestinians,” it states, “are natural members in the Liberation Organization exercising their duty in their liberation of their homeland in accordance with their abilities and efficiency.”

The Arab Muslims of Palestine knew this as well. Syrian President Hafez Assad once told Yasser Arafat: “You do not represent Palestine as much as we do. Never forget this one point: There is no such thing as a Palestinian people, there is no Palestinian entity, there is only Syria. You are an integral part of the Syrian people, Palestine is an integral part of Syria. Therefore it is we, the Syrian authorities, who are the true representatives of the Palestinian people.” Prince Hassan of the Jordanian National Assembly put it simply on February 2, 1970: “Palestine is Jordan and Jordan is Palestine; there is only one land, with one history and one and the same fate.” PLO executive committee member Zahir Muhsein likewise acknowledged that the Palestinian people was a propaganda invention in a 1977 interview with the Dutch newspaper Trouw:

For tactical reasons, Jordan, which is a sovereign state with defined borders, cannot raise claims to Haifa and Jaffa, while as a Palestinian, I can undoubtedly demand Haifa, Jaffa, Beer-Sheva and Jerusalem. However, the moment we reclaim our right to all of Palestine, we will not wait even a minute to unite Palestine and Jordan.

Abdul Hamid Sharif, the Prime Minister of Jordan, would have agreed. He said in 1980: “The Palestinians and Jordanians do not belong to different nationalities. They hold the same Jordanian passports, are Arabs and have the same Jordanian culture.”

King Hussein of Jordan put it most succinctly of all in 1981: “The truth is that Jordan is Palestine and Palestine is Jordan.”

Nonetheless, the myth has taken hold, and it is now widely taken for granted, in our age that has little historical memory and scant interest in gaining more, that the Palestinians are a genuine nationality, and are the indigenous people of the land that Israel illegally occupies.

This is a propaganda success that Josef Goebbels and the editors of Pravda would have envied, and it became the foundation for more. Having established the Palestinians as a tiny indigenous people whose land was stolen by rapacious, well-heeled, and oppressive foreigners, it was time to return to the negotiating table – not in order to achieve any genuine accord with Israel, but to exploit the victimhood status of the new tiny people they had invented in order to win valuable concessions from the Israelis.

If all this were recognized, the onus would be on Jordan, Syria, Lebanon and the other Arab states for not welcoming their Palestinian Arab brethren. The contention that the Palestinians are a people who must have a state would lose much of its force. Returning to reality and discarding propaganda fantasies can never have a downside. It’s time to take that step.

Robert Spencer is the director of Jihad Watch and a Shillman Fellow at the David Horowitz Freedom Center. He is author of 19 books, including the New York Times bestsellers The Politically Incorrect Guide to Islam (and the Crusades) and The Truth About Muhammad. His latest book is The Palestinian Delusion: The Catastrophic History of the Middle East Peace Process. Follow him on Twitter here. Like him on Facebook here.

TOPICS: Foreign Affairs; Front Page News; Government; Israel; News/Current Events; War on Terror
KEYWORDS: israel; jerusalem; letshavejerusalem; palestine; palestinians; palihoax; waronterror Navigation: use the links below to view more comments.
first 1-20, 21-40, 41-60, 61-63 next last
Good article about the hoax of Palestine and the so-called Palestinians. Here are not and never has been a people called by these names UNTIL the Romans, not the as the Arab leader in the above article, one Auni Bey Abdul-Hadi, an Arab Muslim leader, claimed that the "Zionists invented" the term. The Zionists DID NOT invent the term, the Romans did. After the destruction of Jerusalem and the Temple in AD70 and the rebellion of AD132-135, the Romans started to call Judea by the name of Palestine, after Israel's old enemy, the Philistines. They also attempted to change the name of Jerusalem, but that term did not catch on as Palestine did. Until Arafat and his mob started to claim the term, the Jews were the Palestinians of the region, not the Arabs as this article reports.
1 posted on 02/09/2020 6:16:18 AM PST by RetiredArmy
[ Post Reply | Private Reply | View Replies]
To: RetiredArmy

Return to the biblical borders of Israel.

During a discussion with a lib hole prattling on about the “Palestinians” i asked her to show me Palestine on a map. She had no idea where to even look, she couldn’t find Israel

Since Britain was a former Roman Province (Britannia), it was natural for them to grab the Roman name for Israel. The Emperor Hadrian named Jerusalem Aelia Capitolina in order to erase the names of Judea, Samaria, and all of Israel (He thought forever). The Emperor Hadrian built “His” wall to separate Britannia from the Northern tribes in 122, which secured Britain. He then destroyed Jerusalem (again) during the Bar Kochba Rebellion in 136. He died in 138. Syriana Palestina was never more than a Roman Province and was never a recognized country. Israel will live forever.

What? I speak Palestinian and will do so in the rest of this post!

There’s no such thing as Palestinians... nothing new here.

That’s like me saying North American and I want all of California so we need to call on the elimination of Californians.

We've devolved into a society willing to call biological males "women" and codify it in law. Good luck overthowing the myth of the Palestinians.

But theys (libs) is da ‘brains’ of Kanadahar and the USSA! Theys be so much more smarter than us conservatives.

This has always been my understanding as well. The issue does come up though because the Bible makes reference to the Philistines.... similar name but as a race, the Philistines disappeared at the time of Nebuchadnezzar or perhaps a bit later under the Assyrians. 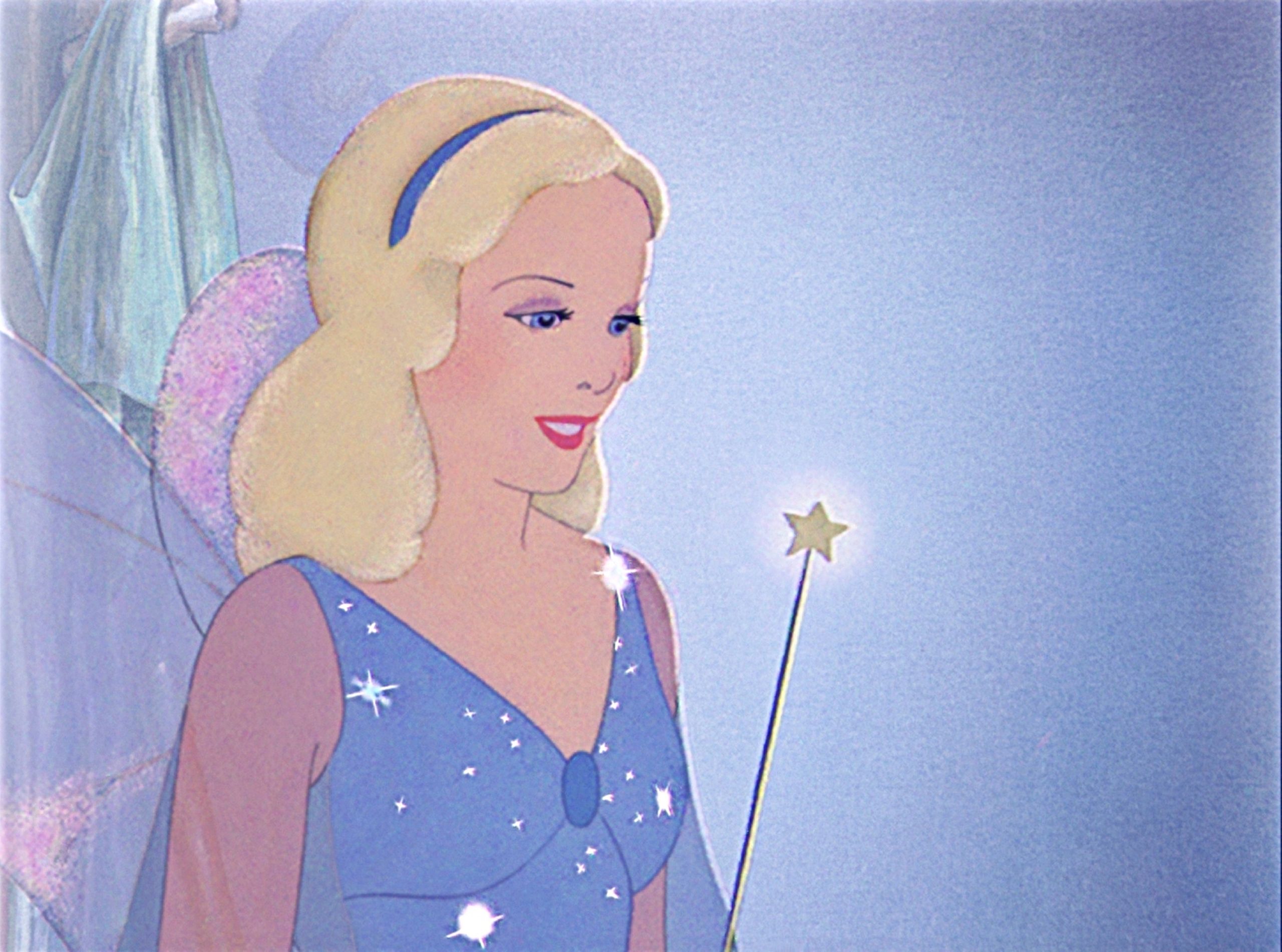 As long as ‘Palestinians’ were generic Arabs, their Arab brothers were all in on the scam just as a way to attack Jews. Over the years, those generic Arabs have developed a ‘Palestinian’ identity and their fellow Arabs are abandoning them in the way that they have no interest in a Kurdish national homeland.

I think the Israelis in the “West Bank” area should call themselves Babylonians and claim the land.

Call them Jordanians or Hashemites or whatever

There was an Israeli state in the land of Israel 2000 years before the evil prophet of Islam allegedly flying on a "magical horse" from Mecca to Jerusalem.