I still remember 1952 when they “ONLY wanted to register handguns. Rifles will not be affected!”

And 1981 when actress Lee Grant, on Good Morning America, yelled and poked holes in the air declaring...”THE NRA IS A RIFLE ORGANIZATION! THEY SHOULD GIVE UP THEIR HANDGUNS AND THEY CAN KEEP THEIR RIFLES!”

Then,in 1984, they made a grab for the rifles, and missed. They showed their hand that all gun owners are always up against a stacked deck.

Additionally, there have been several bayonet charges by Coalition troops in the Sandbox - as recently as 2011. 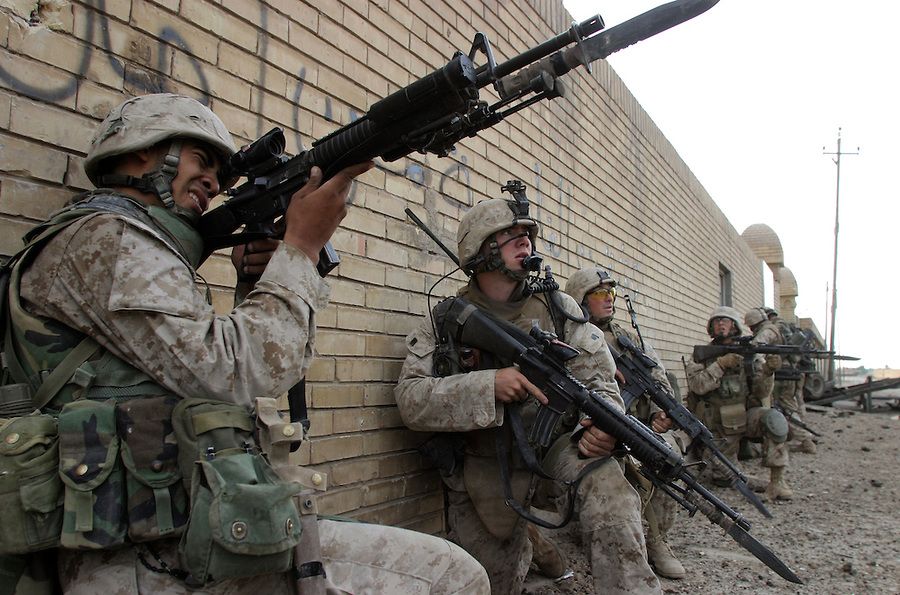 The latest autheticated bayonet charge: https://www.forces.net/services/army/bayonet-charge-foiled-taliban The bayonet may be much more limited in use these days, but when you *need* one, nothing else will do and the psychological impact on the enemy is ugly. It's usually a weapon of desperation these days (which is why to increase utility, it's also basically a fighting knife in form now) - out of ammo, out of hope, enemy closing in, likelihood of seeing tomorrow pretty much gone? Affix bayonets and charge. I have heard rumors of Kurd units, perhaps including female YPG squads, affixing bayonets to what they had (usually AKs) and charging home more recently than the above, but never seen any proof. If so... well, I don't think the day of the bayonet is quite over. If it ever will be before energy weapons are introduced to infantry combat.

There will be massive non compliance with HB961 if the language as described survives into law. Then will come the attempts at enforcement and criminalizing ordinary citizens who have never used any weapon improperly or in any threatening manner. People will have to decide what to do if this tyranny becomes law.

Just a point of correction. He was known as “coon man” at VMI rather than “Jolson”.

Do these communists understand that gun laws infringe on my right to bear arms and are unconstitutional?

It is a good time to get rid of all of the unconstitutional gun laws that infringe on the right to bear arms.

The Democrats communists do not know what they are talking about. Vote them all out!

The Dems need something to stimulate them. I drove through Va. from East to West not too long ago and parts of the State were beautiful. There were some towns that looked like a third world African country. The Dems have not been too helpful to Va. from what I have seen.

I would also point out that there are adapters to allow bayonets to be affixed to weapons that have full length Picatinny rails that cover the bayonet lug or never had one to begin with as well as bayonets that directly affix to the Picatinny rails themselves. While existence does not prove usefulness (you can get a set of folding eating utensils and a duck call that mount on a Pic rail, after all) there is still a case to be made for the bayonet in real world use and it will likely persist for at least a while longer.

Not any sort of compromise at all. It boils down to we’re going to take all your food and let you starve ok we’ll only take 3/4ths of your food now and come back for the rest later. Gun owners get nothing in this “deal”

I’d like to see the Dems go too far and end up with a judge declaring a preliminary injunction on their law.
Meanwhile there can be a political reformation in the state. Our ‘permit’ to have firearms is the 2nd Amendment.

It's a right given to us by God, and guaranteed by the government.

Doesn't work that well though...

It's called "Boiling the frog."

Our side should counter with Constitutional Carry and no new laws.

I’m in Oregon. Seen all kinds of shenanigans.

Chalk up one for the Sheriffs....

It can be done using a deferred purchase plan which would allow for the payment of the collection and delivery at 1 month intervals.

Sure, but would someone from outside really want to sell his 200 piece collection to someone in Virginia on that basis?

Probably not. I wonder how the State would track that? I go to the guys house after word of mouth gets to me, hand him a bag of cash and leave with the weapons.

Cash deals fly under the radar all the time.