61 posted on 01/02/2020 11:16:44 AM PST by Perseverando (Liberals, Progressives, Islamonazis, Statists, Commies, DemoKKKrats: It's a Godlessness disorder.)
[ Post Reply | Private Reply | To 2 | View Replies]
To: kiryandil
"They purely and simply deserved everything that happened afterward."


One good literary reference deserves another:


My take away from the manual: No enemy collaborators or supporters can be allowed to live in your area of operation.

No one in their right minds will give these jack booted aholes life insurance.

Or fire insurance, either, because their homes will go up in flames when freedom lovers learn where these Nazis live.

“The right of the people to be secure in their persons, houses, papers, and effects, against unreasonable searches and seizures, shall not be violated”

"No person shall be a Senator or Representative in Congress, or elector of President and Vice President, or hold any office, civil or military, under the United States, or under any State, who, having previously taken an oath, as a member of Congress, or as an officer of the United States, or as a member of any State legislature, or as an executive or judicial officer of any State, to support the Constitution of the United States, shall have engaged in insurrection or rebellion against the same, or given aid or comfort to the enemies thereof. But Congress may, by a vote of two-thirds of each House, remove such disability."

Article VI of the Constitution:

“The Senators and Representatives before mentioned, and the Members of the several State Legislatures, and all executive and judicial Officers, both of the United States and of the several States, shall be bound by Oath or Affirmation, to support this Constitution...”

Try messing with our Amendment II and VI rights and we will get you thrown out & barred from public office under Amendment XIV, Section 3.

He will be holed up in the statehouse. Hard to get the 19th bag filled.

Anyone remember the movie “Battle of Athens”?

Northam is playing this like the Charlottesville riot created by MacAuliffe. Objective: provoke comments and incidents he can portray as lawless white supremacists run amok. I would not put it past him to pick a mostly black enforcement squad to create a racial dimension, cynically hoping for LEO deaths he can exploit. Don’t go for the bait.

Defeating the funding for his goon squad is a good move. Why would the legislator fund enforcement of laws that do not yet exist, and well may not pass? At least some Dem Senators and Assemblypersons have to know that they will never be re-elected if they pass Northam’s agenda.

Aim for their crotches!

67 posted on 01/02/2020 11:29:22 AM PST by july4thfreedomfoundation (I'm triggered by liberals and other assorted moonbats.)
[ Post Reply | Private Reply | To 53 | View Replies]
To: voicereason; Travis McGee
Ummm? An 18 person gun ban force? I seem to have read about a similar "government gun control" force in a fictional novel several years. And if I'm not mistaken much of the story took place in southeast Virginia.

Now what was the name of the book? And who was the author? I think it may have been:

Here's an excerpt from Matt's book titled The Raid.

RED FLAG LAWS: INNOCENTS WILL DIE!
https://www.brighteon.com/75473592-13e5-45c4-85e3-73ec524d3c02
(INCLUDES LINK TO JOHN LOTT/JOHN STOSSEL VIDEO RE. THE LEFTIST LIE ABOUT U.S. MASS SHOOTINGS!)
Sad that so many are not concerned that the ravenous alligator of statist government devours our neighbors while hoping
the creature is no longer hungry when it gets to them. NEWS FLASH: The damn thing is ALWAYS HUNGRY!
PLEASE SHARE WIDELY...BEFORE IT GETS TO YOU! 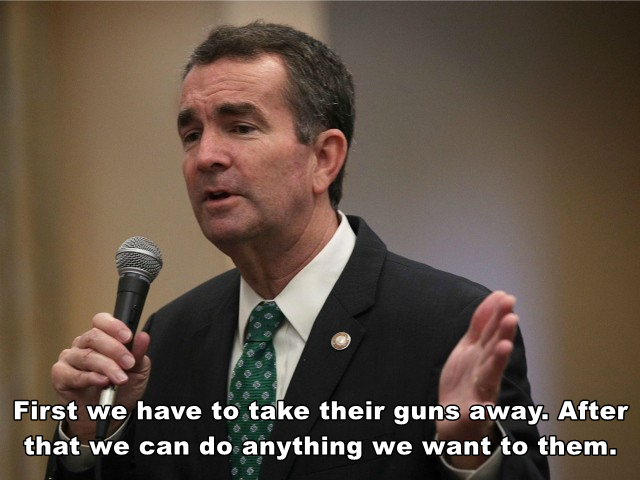 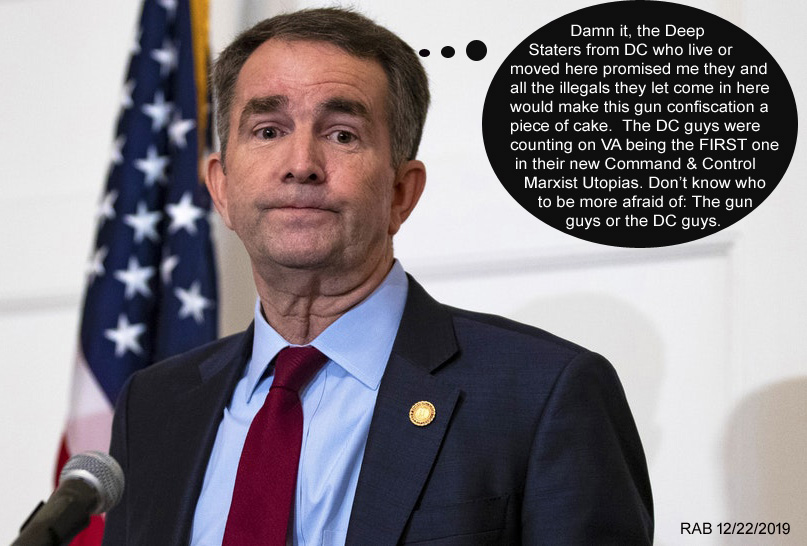 “I lived in NORVA Fairfax County for much of the 80s and it was always a bastion of conservatism. The liberals lived in Maryland. WTF happened?”

The same thing happening in Commierado
The ‘tards screwed up California so badly they moved to Colorado and brought their idiot beliefs with them.

Remember .. take down the names of every politician who votes for any of this. And, don’t forget them come the next election!

These 18 better ask Gov. Coonman what provisions they’ll be for their families.

The Virginia version of CARB.
They want to ram this thru and make it permanent with non-elected officials.
Virginia will never get rid of it.

“The mask slipped way back in 1962 when they ONLY wanted to register handguns, Rifles will not be affected!”

Rest assured if they get a ban on semi-auto rifles, they will be back for the handguns, and more, and more and more. 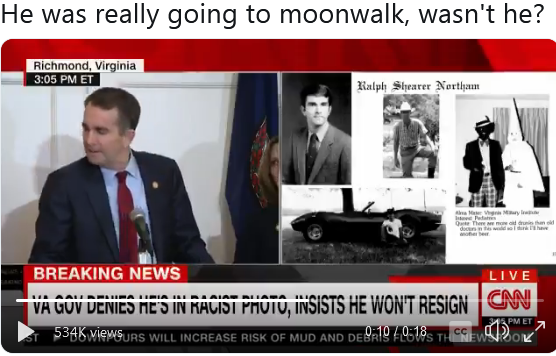