Happy Kwanzaa! The Holiday Brought to You By the FBI
Townhall.com ^ | December 24, 2019 | Ann Coulter

IIRC “kwanza” was invented by some scumbag habitual felon.

Rochester NY makes a big deal of this. Of course, free food helps to make it a success. It’ll go away....just like....Festivus. LOL

Si I be quanza’ed left, right and center.

There is not one thing wrong with the fact that I am involved in completely fictional cultural appropriation.

And I love to dance.

Hanuka , take a back sheet!

(Kwanza even has a minora!)

Had no idea about Patty Hearst, the 7-headed snake/dragon/whatever it was and Kwanzaa principles.

The things I’m learning this morning!

‘Twas the night before Kwanzaa And all through the ‘hood,
Maulana Karenga was up to no good.

He’d tortured a woman and spent time in jail.
He needed a new scam that just wouldn’t fail.
(”So what if I stuck some chick’s toe in a vice?
Nobody said revolution was nice!”)

The Sixties were over. Now what would he do?
Why, he went back to school — so that’s “Dr.” to you!
He once ordered shootouts at UCLA
Now he teaches Black Studies just miles away.

Then to top it all off, the good Doctor’s new plan
Was to get rid of Christmas and piss off The Man.

Karenga invented a fake holiday.
He called the thing Kwanza. “Hey, what’s that you say?

“You don’t get what’s ‘black’ about Maoist baloney?
You say that my festival’s totally phony?

“Who cares if corn isn’t an African crop?
Who cares if our harvest’s a month or two off?
Who cares if Swahili’s not our mother tongue?
A lie for The Cause never hurt anyone!

And we heard him exclaim as he drove out of sight:
“Happy Kwanzaa to all, except if you’re white!”

I just listened to a Steven Crowder podcast where he discussed his “Change My Mind” thing where he went to a “Kwanzaa Fest” and set up a table with a sign saying something like “Kwanzaa is a fake holiday-change my mind” and it was pretty funny...he had one of his crew who is black man the table, and had interactions with people. Almost nobody knew the “founder” of Kwanzaa and the crimes he was convicted of.

Most were good natured about it, they just accepted that Kwanzaa was real and admitted they had no idea.

Does anyone have black friends who celebrate Kwanzaa. I don’t and that’s out of 7 families

A friend of mine in Sacramento was in us at UCLA and even slept with Mere fact. Not unusual. He attracted women even though he was abusive

He intended to draw millions away from Christmas to destroy the white mans holiday. She thought him high iq but a megliomaniac

13 posted on 12/24/2019 6:12:47 AM PST by olesigh
[ Post Reply | Private Reply | To 1 | View Replies]
To: Kaslin; MadMax, the Grinning Reaper; piasa
Despite modern perceptions that blend all the black activists of the '60s, the Black Panthers did not hate whites. Although some of their most high-profile leaders were drug dealers and murderers, they did not seek armed revolution.

Actually they did, and they worked with Castro's network and white leftist groups towards this end, but various factions of Marxists (CP, SWP, Maoists, sub-groups of Maoists. . .) often disagreed on ideology and tactics, leading to splits and rivalries such as those with Karenga. The FBI agent supervising the COINTELPROs tasked with the civil rights movement and the BPP, William C. Sullivan--who was by then a CIA asset within the FBI--encouraged these rivalries.

Woo hoo, lets get out the electric cords and water hoses and dance around like Moo.

This event would totally disappear if we didn’t publicize it each year.

I was doing just fine not hearing about it.

Or you could say "mokele mbembe." It's not rude, but a total non-sequitur. It does, however, refer to a mythical creature, and they are referring to a mythical holiday. 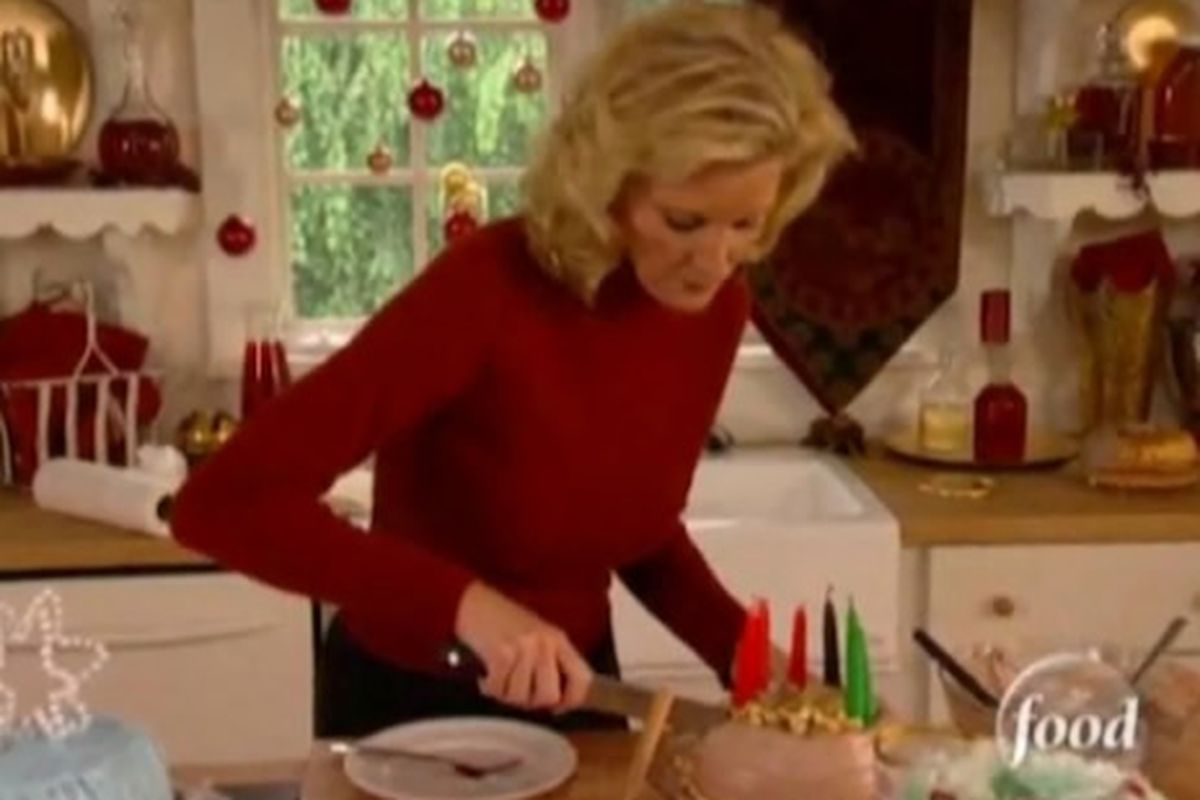 Oh, sorta like ‘stinko de piehole’? A non holiday foisted on fools by someone making a buck. Still looking for investors to open a giant store built like a quonset hut and call it the Kwanzaa Hut. You know for all your holiday needs.

(Would you believe that the food stylist that actually created that thing for SLop/FN, actually admitted it a few years ago?)