MOSCOW -- In a rare public display of frustration between Moscow and Beijing, Russian state defense conglomerate Rostec accused China of illegally copying a broad range of Russian weaponry and other military hardware.

"Unauthorized copying of our equipment abroad is a huge problem. There have been 500 such cases over the past 17 years," said Yevgeny Livadny, Rostec's chief of intellectual property projects on Dec. 14. "China alone has copied aircraft engines, Sukhoi planes, deck jets, air defense systems, portable air defense missiles, and analogs of the Pantsir medium-range surface-to-air systems."

Rostec's complaint about Chinese reverse engineering comes at a time when the arms trade between the two countries is thriving. According to the Stockholm International Peace Research Institute, Russia was by far China's largest weapons supplier between 2014 and 2018, accounting for 70% of Beijing's arms imports during that period.

Even Russia's most advanced weaponry is not off-limits. Russia sold six of its S-400 anti-aircraft systems and 24 of its Su-35 fighter jets to China in 2015 for $5 billion.

Despite Moscow's ire over Beijing's theft of technology, it is unlikely to cut back arms exports to China anytime soon. Geopolitical and economic interests provide Russia with a strong incentive to downplay Chinese reverse engineering, experts say.

"It's always bad when someone copies your weapons without permission," said Andrei Frolov, editor-in-chief of Arms Exports journal. "But I think it's fair to say that since Russia continues to cooperate militarily with China, this is not very critical [for Russia]." Russian President Vladimir Putin, left, and Chinese President Xi Jinping: Russia was by far China's largest weapons supplier between 2014 and 2018, accounting for 70% of Beijing's arms imports during that period. © Getty Images

Such blatant reverse engineering alarmed many in the Russian arms industry, prompting Moscow to push back against the theft, explained Vadim Kozyulin, director of the Asian Security Project at the PIR Center.

Russia adopted several measures to stop the practice. For example, it insisted that China purchase arms in bulk instead of buying just a few samples -- a sign that the arms were likely to be reverse engineered. Russia also pressed for assurances against theft in its contracts, and even tried to obtain royalties from Chinese copies of Russian arms.

But Kozyulin admitted that the measures were far from effective. "We tried combating this problem in a variety of ways, but without much success," he said.

Russian concern over China's reverse engineering contributed to a rapid decline in arms sales between the two countries in the mid-2000s. Whereas China accounted for 60% of Russian arms exports in 2005, the figure fell to 8.7% by 2012.

It was only after the Ukraine crisis in 2014 -- when Russia began courting China following its estrangement from the West -- that the arms trade and military cooperation between Moscow and Beijing picked up again.

Today Russia has come to accept China's technology theft as the inevitable price of doing business with its southern neighbor, explained Vasily Kashin, a senior fellow at the Institute of Far Eastern Studies of the Russian Academy of Sciences.

"[Technology theft] is a shared problem for all companies who do business in China, but there haven't been any cases of reverse engineering causing anyone turning away from the Chinese market -- the most valuable market in the world," he said. Closer ties between Moscow and Beijing on the geopolitical front has helped ease Russian concerns about arming China. © AP

Kashin added that Russia now feels Chinese reverse engineering is not all that threatening. He argued that even if Beijing successfully copies the arms, Russia will still retain its technological edge.

"It's impossible to copy some technologies in a reasonable amount of time," Kashin said. "Copying old technology takes the same amount of time as developing new technology. It's much easier to take China's money, invest it in our own development, and let the Chinese do whatever they want."

"If we look at how the Chinese are building up their military, we see that they are constantly cutting ground forces while strengthening their navy. That tells us something about their intentions; that their growing military power is aimed at America and its allies," Kashin said.

But there are other concerns. China's emergence as a major arms exporter in its own right, fueled by decades of high military spending and reverse engineering of foreign technologies, represents both "a crisis and an opportunity" for Russia, contends Arms Exports' Frolov.

"On one hand, Russia is concerned that China will gradually squeeze Russia out of its traditional arms markets," he said. "But on the other hand, China has money and a desire to cooperate, so this might be an opportunity for Russia to advance with the help of Chinese money and technology."

Another challenge for Moscow will be keeping China interested as an arms partner, Kozyulin said. He noted that China's military industrial complex has already surpassed Russia's in a number of areas.

"It's becoming increasingly difficult to offer China anything new, so Russian policy is to move away from arms sales to joint development," he said. "I don't know to what extent this new model will interest China, since it prefers to make everything on its own and only imports technologies from abroad. But Russia will try to find mutual interests and understanding."

How comical is this? The idea that enemies would somehow agree to not steal each other’s war making technology is ludicrous.

How comical is this? The idea that enemies would somehow agree to not steal each other’s war making technology is ludicrous.

The big prize is Siberia. A billion Chinese with 20 million of them unmarried military age men. Gotta start a war to give them something to do. If they die what’s a million Chinese?

You’d think after the Molotov-Von Ribbentrop Pact, the Russians would know better.

My big laugh for today. Though It’s easier for China to steal tech from us because we have so many Chinese living here and working in tech. Russia does not have this problem.

I highly doubt the Russians are so naive as to be surprised by this. The only surprise is that they are publicly saying so.

Why so suprised, Ivan? It’s what they do. To everybody, friends and enemies alike.

that’s like shoplifting from the island of misfit toys.

So the Russians are pissed because the Chinese stole the technology from them that the Russians stole from us?

As an employee of China Russia has no patent rights...
everything belongs to the boss.

So now they know what we feel like, the Russians/Soviets been stealing military tech from the USA for much of the last century. Russians steal from us, the Chinese then steal it from Russia. Someday both Russia and the USA may be stealing it from China (but we seem to only be able to lose tech to others, courtesy of Clinton and Obama).

Did they expect anything different?

Did you ever read one of Clancy’s last books:

“The Bear and the Dragon”

It involved the invasion of Siberia by China. 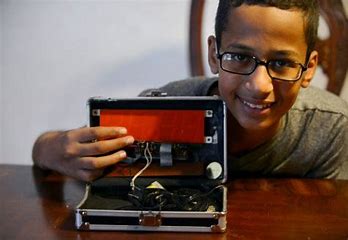 Right up there with the Chicoms honoring US intellectual property rights.