It’s Not an Impeachment — It’s a Coup

There has been nothing in American history that compares to the coup attack against President Trump. It has been nothing but a wild abuse of the Constitution. Frankly, the word impeachment should be replaced with the word coup, because the president was illicitly targeted for removal from office for doing his job in asking questions about Ukraine corruption and its ties to Joe Biden, his son Hunter Biden and Burisma. To be clear, the president was also attacked for objecting to the House Democrats’ abuse of his office.

And Pelosi’s game of withholding the articles of impeachment in order to deny President Trump’s justice in the Senate is an another unconstitutional violation of his God-given due process rights! Incredibly, Pelosi has expanded her coup from the presidency to include the United States Senate.

The U.S. Senate should reject these acts of tyranny by the House of Representatives. In the meantime, you can be sure that we will investigate the Biden-Ukraine scandal, as well as the Deep State scandals and the illegal spying on the President of the United States. Our republic is at stake.

Rep. Adam Schiff (D-CA), in potential violation of law, abused his power to secretly subpoena and then publish the private phone records of innocent Americans.

In response, we have filed a lawsuit against Schiff and the House Intelligence Committee for the controversial subpoenas issued for phone records, including those of Rudy Giuliani, President Trump’s lawyer. The phone records led to the publication of the private phone records of Giuliani, Congressman Devon Nunes, journalist John Solomon, Trump attorney Jay Sekulow, attorney Victoria Toensing, and other American citizens.

We sued under the public’s common-law right of public access to examine government records after we received no response to a December 6, 2019, records request ( Judicial Watch v Adam Schiff and U.S. House Permanent Select Committee on Intelligence (No. 1:19-cv-03790)):

1. All subpoenas issued by the House Permanent Select Committee on Intelligence on or about September 30, 2019 to any telecommunications provider including, but not limited to AT&T, Inc., for records of telephone calls of any individuals;

2. All responses received to the above-referenced subpoenas.

Schiff is a member of the U.S. House of Representatives, currently serving as Chairman of the United States House Permanent Select Committee on Intelligence. We’re suing Schiff in his capacity as Chairman of that committee. This lawsuit states:

The records are of critical public importance as the subpoenas were issued without any lawful basis and violated the rights of numerous private citizens.

Disclosure of the requested records would serve the public interest by providing information about the unlawful issuance of the subpoenas.

The requested records fall within the scope of the public’s right of access to governmental records as a matter of federal common law.

What else is Mr. Schiff hiding? He and his committee ran roughshod over the rule of law in pursuit of the abusive impeachment of President Trump. This lawsuit serves as reminder that Congressman Schiff and Congress are not above the law.

Judicial Watch Back in Court on Clinton Emails and Benghazi

U.S. District Judge Royce C. Lamberth is considering whether to allow us to question Hillary Clinton and her top aide in person and under oath about her scandalous misuse of personal email and her despicable behavior during the Benghazi slaughter.

At a hearing this week, our attorneys also requested permission to depose Paul Combetta , who was the IT specialist working on the Clinton server at Platte River Networks. Judge Lamberth specifically raised concerns regarding Combetta’s transfer of Clinton’s emails into a Gmail account , carterheavyindustries@gmail.com.

We asked the court for permission to subpoena Google for information from that account. Hillary Clinton is also fighting the court’s previously ordered release of an “after action memo” created by Clinton lawyer Heather Samuelson in December 2014 that memorializes the Clinton team’s review and processing of Clinton’s emails.

Our lawsuit seeks records concerning “talking points or updates on the Benghazi attack” ( Judicial Watch v. U.S. Department of State (No. 1:14-cv-01242)). In 2014 we famously uncovered that the Obama White House created the “talking points” that provided the basis for Susan Rice’s false statements. This Freedom of Information Act (FOIA) lawsuit led directly to the disclosure of the Clinton email system in 2015.

In December 2018, we announced court-ordered discovery into whether Secretary Clinton’s use of a private email server was intended to stymie FOIA; whether the State Department’s intent to settle this case in late 2014 and early 2015 amounted to bad faith; and whether the State Department has adequately searched for records responsive to our request. The court also authorized discovery into whether the Benghazi controversy motivated the cover-up of Clinton’s email. The court ruled that the Clinton email system was “one of the gravest modern offenses to government transparency.” The State and Justice Departments continue to defend Mrs. Clinton’s and the agencies’ email conduct.

The Clinton email scandal and the related Benghazi scandal are not going away. Here is some background to put this all in perspective.

As recently as October of this year, we forced the release of new Clinton emails on the Benghazi controversy that had been covered up for years and would have exposed Hillary Clinton’s email account in 2014 if the emails had been released when the State Department first uncovered them. The Clinton email was first identified by the State Department in September 2014, but was withheld from us despite its specific reference to Benghazi talking points. After it was described in an Office of the Inspector General report , the court ordered its production. It was only after we informed the State Department we were prepared to file a motion with the court to compel production of the records that the Department relented and produced the email in question.

In an August 2019, hearing , Judge Lamberth ordered production of the record in granting us significant new discovery in the case. Judge Lamberth said , “There is no FOIA exemption for political expedience, nor is there one for bureaucratic incompetence.” The judge also stated that the government has mishandled this case and the discovery of information including former Secretary Clinton’s emails so poorly that we may have the ability to prove they acted in “bad faith.”

Our discovery over the last several months found many more details about the scope of the Clinton email scandal and cover-up:

The judge told us to “ shake this tree .” And we are. Just imagine if we had not been so relentless!

Christmas 2019 finds the foundations of our republic under attack.

So, at a time like this, it may be best to step back and try to focus our hearts and minds on things that unite us.

As we do, I am reminded of one of my favorite stories from Christmas past. It’s a story that proves anew that the essential message of Christmas – “Hail the newborn Prince of Peace.” This is as powerful today as it is poignant, as timely as it is timeless. It’s the tale of a truce … a brief, fleeting truce … that turned a World War I field of fire into a pageant of peace. As Time magazine reported it several years ago:

On a crisp, clear morning 100 years ago, thousands of British, Belgian and French soldiers put down their rifles, stepped out of their trenches and spent Christmas mingling with their German enemies along the Western front.

Most accounts suggest the truce began with carol singing from the trenches on Christmas Eve, “a beautiful moonlit night, frost on the ground, white almost everywhere”, as Pvt. Albert Moren of the Second Queens Regiment recalled , in a document later rounded up by the New York Times. Graham Williams of the Fifth London Rifle Brigade described it in even greater detail :

The next morning, in some places, German soldiers emerged from their trenches, calling out “Merry Christmas” in English. Allied soldiers came out warily to greet them. In others, Germans held up signs reading “You no shoot, we no shoot.” Over the course of the day, troops exchanged gifts of cigarettes, food, buttons and hats. The Christmas truce also allowed both sides to finally bury their dead comrades, whose bodies had lain for weeks on “no man’s land,” the ground between opposing trenches.

I believe you will agree that there is a lesson to be learned there – an enduring lesson that transcends the temporal and, especially at this time of year, elevates us above the trials and traumas that beset us. It is the Christmas message of “Peace on earth,” which caused the bloodied and battered Allied and German soldiers to lay aside their enmity and arms and “sing in exultation … joyful and triumphant.”

Truly, as rifleman Graham Williams wrote, the spirit of Christmas “is really a most extraordinary thing.” There is one particularly extraordinary Christmas message that should give us indomitable courage even in these troubling times. It’s from Isaiah 9:6, and it defines the hope that lies within us all: “For unto us a child is born, unto us a son is given – and the government shall be upon his shoulders.”

Ultimately, man’s power is limited on this Earth, contrary to what some politicians and their antecedents might try to tell you. Even in the most dire of times, we rest secure in the words of one of my favorite Christmas carols, “the wrong shall fail, the right prevail.”

Merry Christmas (and Happy Chanukah!) to you and yours from all of us here at Judicial Watch.

A great read. Thank you!

And I love this guy. He’s a Patriot. 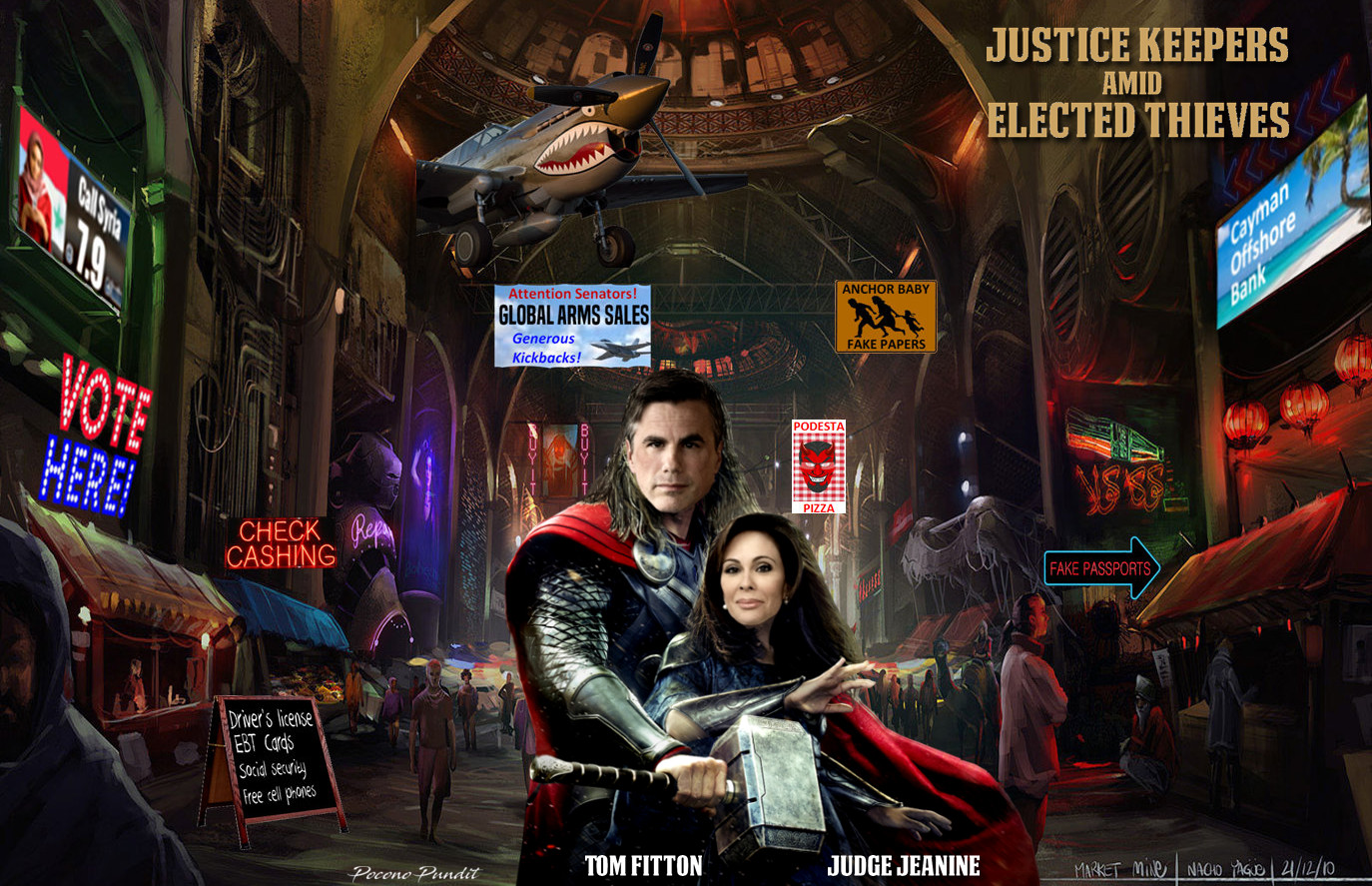 It’ls not a coup. It’s an attempted coup but Pelousy can see it’s been a devastating failure. McConnell can end this entire farce by adopting senate rule that any impeachment charges must be filed within 24 hours or deemed untimely. She won’t file because she know just hkw embarrassing it will be for her just as soon as the debate starts calling witnesses. Therefore the entire farce will be brought to a quick and merciful end before Christmas

Excellent! Thanks for taking the time to post.
all the best

I wish you were right. I see it differently this is an attempt to block any Supreme Court nomination. It won’t go to the senate they will say he is impeached and he is now illegal. It won’t matter what McConnell does they have what they want. Congress has impeached him deal with it. This doesn’t end here take that to the bank. We must stop thinking logically. Schiff has not acted logically for three years why should he change. They have what they want. We are left holding our schvanzes.

JW is doing this just as I was told. Geoff you magnificat lawyer.

Whatever you do, Nancy, it will only be make believe.

They can say anything they like. But with no articles delivered to the senate there’s been no impeachment. And either way it would t stop any judicial appointments. The senate’s work duties continue

18 posted on 12/20/2019 5:54:02 PM PST by olesigh
[ Post Reply | Private Reply | To 17 | View Replies]
To: jazusamo; All
Coup is probably good insight for the motive behind the mock impeachment inquiry that Pelosi and her lawmaking Democrats gave PDJT imo.

I am slowly wising up to the idea that Pelosi possibly never intended for the Democrat’s mock impeachment to be tried by the Senate, but by the court of public opinion.

Regarding the court of public opinion, the following strange (imo) video of Pelosi is making more sense regarding her juvenile approach imo to leadership.