Who’s the Chairbitch? What happened to Jabba? (I’ve been away.)

FOX10 Phoenix on Youtube usually has good clips of the Pubbies

Depends change and a nap

On a bright side (for the guys here) Blonde Impeachment Girl finally made an appearance today, behind Castor

Thanks for FOX 10 info and .....LOL for the reason for Nadler’s absence.

Thanks for the oann lutsenko interview link. 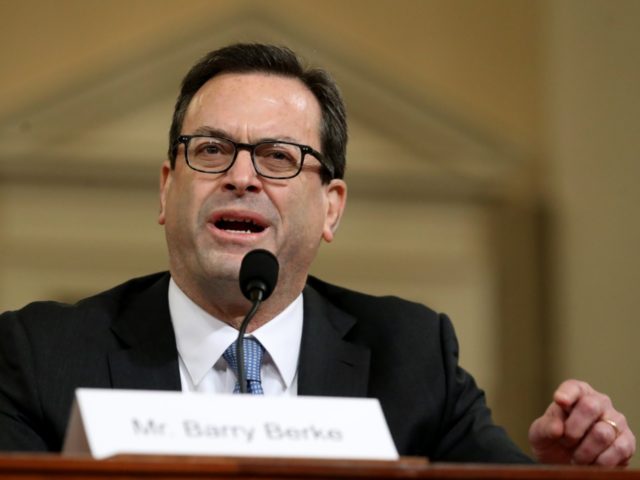 Gohmert one of the few excellent jurists in Congress. Ratcliffe also a former Judge is succinct and follows the facts.

Where TF is Jerry Nadler and who TF is the woman that is now holding the gavel?

Thanks for reviving the live thread.

Correction on the use of the term crampon (which i think is a better name for what i was talking about and constantly interchange them). Not crampon, but a “Bolt” and the commonly used “stoppers” (high tech, hardened wedges which have support cables of high-weight bearing capacity, measured in Newtons of force permanently looped/affixed through the meta/carbon fiber wedge). The “bolts” have to have a top climber with a portable drill (!) who drills holes and places permanent expansion bolts in the holes and metallic superglue/resin to fix in and around the expansion bolt that fills the space around the bolt. This all done while the top climber is linked on their harness to another “bolt” suspended.

The “stoppers” or “toppers” are used to place in natural cracks in rock face— the wedge shape facing not able to be pulled out by the weight of the carabiner attached to the cable attached to a climber (that is— if the crack is not uh...soft or suspect fragile degraded rock— yikes!).

Also share your terror in this. While getting older, moved away from such needless recreational life risk, as opposed to the military warfare applications of this knowledge- to fight and win combat. For example on D-Day the climbers of Point du Hoc 100 foot cliffs had only hand thrown grappel hooks with wet ropes, and ropes held by free climbers who had established “good” footing and held ropes for others!- All the while germans were cutting some of the ropes from up top, throwing down grenades— incredible bravery of 2nd and 5th Ranger Battalions 1st Army. 225 went to climb the cliffs, and 90 were able to continue fighting once they were up (an entire landing craft was sunk and they all drowned from the weight of their gear. Bless their Memory.

Generally stick with historic secret traditions of Single Malt, personally. In company of fellow Scot skeptics of the ruling class of morons. Body of Christ, “sip of Islay” a blaspheming toast.

335 posted on 12/10/2019 8:45:03 AM PST by John S Mosby (Sic Semper Tyrannis)
[ Post Reply | Private Reply | To 286 | View Replies]
To: FRinCanada2
Warning to Democrats, leftists and liberals. The fabric of the nation was tearing with the start of the persecution of Donald Trump following the 2016 election. Now, with this impeachment fiasco, you have torn the fabric.

It doesn't matter who wins the Presidential election the next time or probably some lesser election, one or both sides are NOT going to accept the results. It will be widely believed by BOTH sides that someone cheated to win. This will end in conflict eventually, all for a power grab, not for real, valid reasons to go through this process. How foolish.

336 posted on 12/11/2019 6:12:13 PM PST by MeneMeneTekelUpharsin (Freedom is the freedom to discipline yourself so others don't have to do it for you.)
[ Post Reply | Private Reply | To 1 | View Replies]
To: metmom
They are misusing it as a tool with which to remove a duly elected President from office whom they did not want to win.

As was predicted by Hamilton? as the congressman said....