Klacik said that “Democrats talk about everything but helping black neighborhoods and ‘actively vote against things that offer the black community more opportunities.’”

Just curious. How is her last name pronounced? Like classic or is the a long? 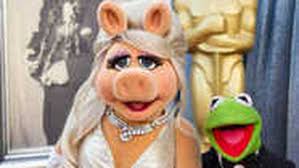 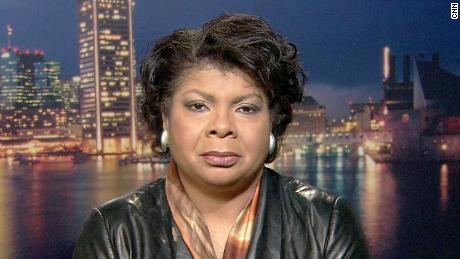 She pronounces it with a long A, like John Kasich (spit).
Here she is on Laura Ingraham’s show.

Ridiculous. Simple fact is that Cummings was called home because the Devil needs him to do his work.

Thank goodness no one has had the bad taste to post an image of that pig, April Ryan. Since the daily press conference was nixed I just assumed she was unable to root out of her pen any more.

Poor soul, you were just too high strung.

You had to ruin this tread by posting that hog’s pic, thanks for nothing.

Brown sugar, how come you dance so good...

Ryan, a Baltimore native, attempted to ask Trump a question about voter suppression at a news conference. Trump repeatedly told Ryan to sit down, adding that the media was hostile. He refused to respond to her question.

“I mean, you talk about somebody that’s a loser. She doesn’t know what the hell she’s doing,” Trump said of Ryan on Friday. “She gets publicity, and then she gets a pay raise. ... She’s very nasty, and she shouldn’t be. You’ve gotta treat the White House and the office of the presidency with respect.”

Ryan, who has worked as the White House bureau chief for American Urban Radio Networks for more than 20 years, said in an emailed statement to The Baltimore Sun that she is “numb.”

“It has been going on for two [years],” Ryan wrote. “But I am okay and continue my job with the support of both CNN and American Urban Radio Networks.”

Ryan also tweeted her love for the country and her respect for the office of the president Friday morning.

“I will continue to ask the questions that affect America, all of America,” she wrote.

“My friend AprilDRyan is an incredible journalist and a wonderful person,” Acosta stated. “If you got to know April as I know her, you would love her too.”

“The most powerful man in the free world is verbally abusing journalists,” said NABJ President Sarah Glover in a written statement. “The past two years have been filled with assaults on the media and Donald Trump’s comments this week have reached an all-time low with attacks on three black female journalists. His dismissive comments toward journalists April Ryan, Abby Phillip and Yamiche Alcindor are appalling, irresponsible, and should be denounced.”

The organization, who named Ryan the Journalist of the Year in 2017 also demanded “an end to hostilities against the journalism community and to the continuous string of untruths and misinformation that have become staples of the Trump administration’s dialogue with the press. Trump’s dismissive personal and demeaning attacks on the press are a disgrace to the presidency. ”

NABJ Executive Director Drew Berry wrote in a statement that it’s acceptable to have opinions based on fact, “but when those differences are blatant lies or attacks, you cross the line.”

“A journalist’s job is to hold the powerful accountable through relevant questions about intent and actions,” he stated. “The expectation is for honest answers.”

Actually, the cause of death for Cummings has not been released, which leads me to believe it was “complications related to AIDS”.

Yes but he also betrayed this country. An example was set.

Like that French Actor that Dave Chappelle talks about, Jussie Smollett?