A study conducted by Washington Post reporters uncovered evidence of a gender and racial pay gap at their own newspaper.

A contractual agreement between the Washington Post Newspaper Guild and the Post allowed the union to compile a report detailing how female reporters and editors as a group were paid less than their male counterparts. The analysis, released Wednesday, also found that people of color were paid less than white men even when controlling for age and job description.

The report also found racial disparities in the paper's performance evaluation results, which are a key metric for determining compensation.

"The Post tends to give merit raises based on performance evaluation scores, but those who score the highest are overwhelmingly white," it continues. "But in 85 percent of instances in which a 4 or higher [out of 5] was awarded to a salaried newsroom employee, that employee was white…. On the flip side, 37 percent of scores below 3 were given to employees of color in the newsroom (the newsroom is about 24 percent nonwhite)."

The full report, compiled by a team of dozens of Post reporters and led by Pulitzer Prize-winner Steven Rich, also contained testimonials of pay discrimination in the workplace. One female reporter described how she learned that "the man who previously held her job, a reporter of the same age with more managerial experience but a fraction of her experience at the Post, was making $50,000 more than her."

In one bright spot for the paper, the report found that men and women on the commercial side of the business are paid about the same, though the median pay for employees of color was about 5 percent lower than their white employees. That disparity increases when adjusted for age, "suggesting that employees of color in commercial are paid less than their white peers despite having more experience."

The Post has run frequent editorials lamenting the existence of a wage gap in America.

In a statement to the Free Beacon, the Post said it is "committed to paying employees fairly for the work they perform, and we believe that we do so, taking into account relevant factors like position, years of experience, and performance. It is regrettable that the Guild published a report on pay that does not appear to accurately account for these and other relevant factors, which have nothing to do with race or gender."

"We believe the report is seriously flawed," they added. "It is disappointing that the Guild chose to issue it—the Post told the Guild before its release that we had many questions about their methodology."

It’s my experience that the best writers are white males. We don’t miss deadlines, either!i

Have they been fired yet?

5 posted on 11/07/2019 7:17:58 AM PST by mass55th ("Courage is being scared to death, but saddling up anyway." ~~ John Wayne)
[ Post Reply | Private Reply | To 1 | View Replies]
To: MarvinStinson
A study conducted by Washington Post reporters uncovered evidence of a gender and racial pay gap at their own newspaper.

Really? I wonder if Trump should be impeached for that? 😁

What if white men really are better at this job? Maybe I’m wrong but didn’t a good reporter used to be one who could write a story that had facts and left emotion out?

7 posted on 11/07/2019 7:33:18 AM PST by DouglasKC
[ Post Reply | Private Reply | To 1 | View Replies]
To: MarvinStinson
Remember when people thought that our nation would constantly advance and impprove?
That was before libtards discovered the Race Card.

"Lowest Common Denominator" used to be just a math term.
Now Liberals have made it their objective for the nation. 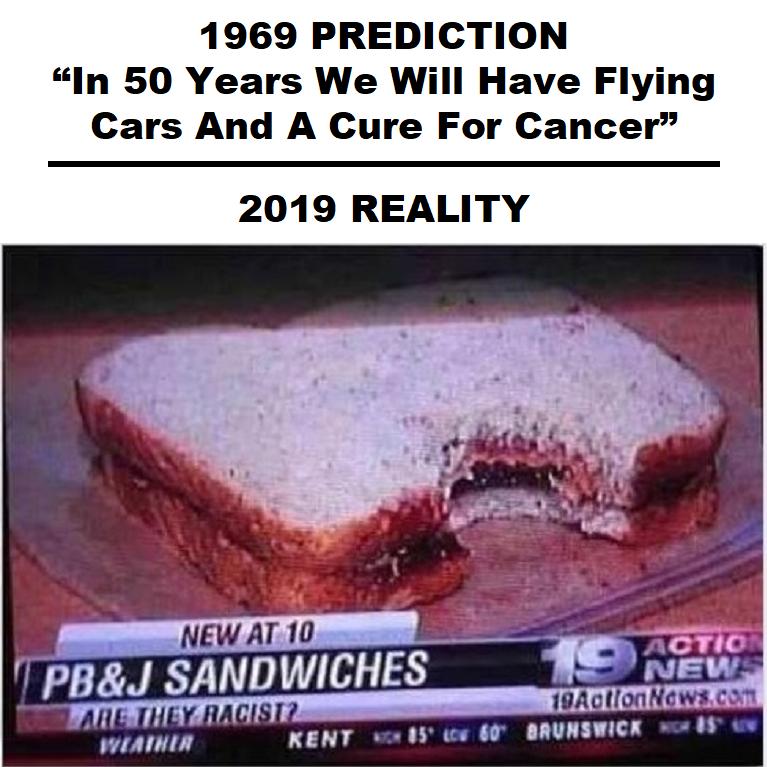 Of course the WaPo is too far to the Left, in its owners and managers, to look at see that among the female reporters there are/were factors other than gender - continuous length of time in the profession since college (**no time off for a pregancy or child rearing), length of time in on the job at WaPo (same **), seniority and time is a senior position, as well as “merit” ratings, for why ON AVERAGE the females were earning less. Sometimes that answer is readily available in the company’s own data just looking at the work histories of those females who ARE earning above the average for their sexual group. Statistics are just statistics and do not often mean what they imply if the individual cases within the data are examined for those factors besides sex that place a person in one group or another.

While merit is partly subjective, it is not at all impossible that again due to factors other than race or ethnicity the AVERAGES show one demographic group or another is rated higher on their performance.

Again, digging into the data, and looking for the outliers in a group that averages lower than other groups, there is often examples of that ethnic group who individually have ratings as high as found on average in some other ethnic group. THOSE are the individuals that need to be pointed out as proof of the lie that the statistical averages prove any discrimination. They often don’t. They may even prove that too many in their group were hired as an “affirmative action” hire, and THEIR lower performance is pulling down the averages for their group.

100% of my 12 interviewers at Bezos’s Amazon were white males.

There was one token woman, but she literally did not speak while yet another white guy interviewed me.

In 33 years in tech in Seattle, I have never been in such a completely white male environment. Bezos.

For reporters, one important factor in job performance is a willingness to travel to where the info is, meet with news sources at whatever time and place is convenient to the source, etc.

Sometimes, it also involves a willingness to travel to dangerous and unpleasant locations.

You point up some more variables in what can make for a good or better peforming reporting. Those variables may not be sex specific, yet another truth about them may be that women and men do not have the same degree of willingness and unwillingness about them. What differencees there are may also have nothing to do with “sex discrimination” but lifestyle choices about careers that are different between men and women. For instance among unmarried reporters there may be more men than women, and unmarried workers are often more flexible when it comes to work-related travel.

Again, it is the actual data, and more of it, that proves or disproves actual “sex discrimination”, not statistical averages. If the statistical averages point to anything, they point to the need to thoroughly examine the underlying data before jumping to any conclusions about its meaning.