According to Jeffrey Epstein's brother, the dead pedophile had "unexplained" injuries to his wrists and shoulders found during his autopsy.

While urging the Justice Department to publish all the medical examiner files during an interview with Fox News on Wednesday, Mark Epstein revealed that the injuries were found while examining Jeffrey Epstein's body.

On Wednesday, New York City chief medial examiner Dr. Barbara Sampson doubled down on her assessment of Epstein's death saying that it was a suicide by hanging.

Last week, Baden spoke out on Epstein's death, revealing that his autopsy showed many signs "the evidence points towards homicide not suicide."

Check out what the Daily Caller reported:

Ever since prison guards found Epstein dead in his cell Aug. 10, many have questioned the conclusion that Epstein took his own life, with his lawyer saying he did not sound like a man on the verge of suicide when he talked to the convicted sex offender shortly before he died. Epstein signed his will just two days before his demise.

Baden particularly noted a series of fractures on Epstein's larynx, on or near the Adam's apple, which he told Fox News are not consistent with a suicidal hanging.

"Those three fractures are extremely unusual in suicidal hangings and could occur much more commonly in homicidal strangulation," Baden said.

"I've not seen in 50 years where that occurred in a suicidal hanging case," he said while speaking of the neck fractures.

Baden continued by discussing the bleeding in Epstein’s eyes and said this is common of being strangled but almost never happens when someone hangs themself.

“The prominent hemorrhage in the soft tissues of the neck next to the fractures is evidence of a fresh neck compression that could have caused the death,” Baden said to Fox News.

The Daily Caller reports: "The forensic pathologist believes he might find a smoking gun in his investigation. Baden has requested a DNA test on the bed sheet that was found wrapped around Epstein's neck. Baden says this "ligature" should be covered with DNA evidence."

"Whoever it is would have their DNA all over the ligature," he continued. "We don't have those results yet," he said, hoping that any information would "be reported quickly to give an idea and lessen the speculation."

Everybody knows it but pretends it was suicide.

Just like we pretend Obama is a natural born citizen.

Can you prove it was murder? You’re dealing with pros here.

My son did not commit Suicide.

It was Colonel Mustard in the library with the candlestick...

BWAHAHAHAHA!
Good one! That was beautiful, and I may have to appropriate that.

Maybe the Sweathogs did it. Did you ever think of that?

It was Colonel Mustard in the library with the candlestick...

Get a Clue. It was the former Vice President’s lackey in the cell with a rope. 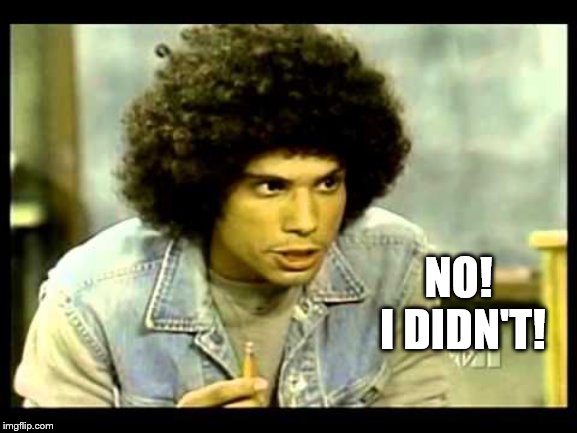 I heard that someone called the cops to do a welfare check on Epstein.

There is nota single American who believes he committed suicide, including, I suspect, the NYC Chief Medical Examiner.

“Hillary, in the bathroom, with a cloth”

Who did he will his island to? The Clinton Foundation?

Don’t the guards have to know? Aren’t they the weak links?

”Who did he will his island to? The Clinton Foundation?“

This is a huge story and the media is missing in action.

The Media is hiding the Identities of the Guards for a reason.

And Eric Ciaramella, they protect him, too, what a coincidence.

The Amazing Lucas just gets it.