Two men who were awaiting trial on unrelated murder charges when they escaped from a California jail early Sunday were arrested by federal officials Wednesday, the Monterey County Sheriff's Office said.

Santos Fonseca, 21, and Jonathan Salazar, 20, were taken into custody by U.S. Customs and Border Protection agents, the office announced in a tweet.

Further details about their arrests were not immediately available, but police are expected to provide updates during a press conference at 2 p.m. ET.

Both men are gang-related murder suspects and had been considered dangerous since their escape from a jail in Salinas early Sunday. 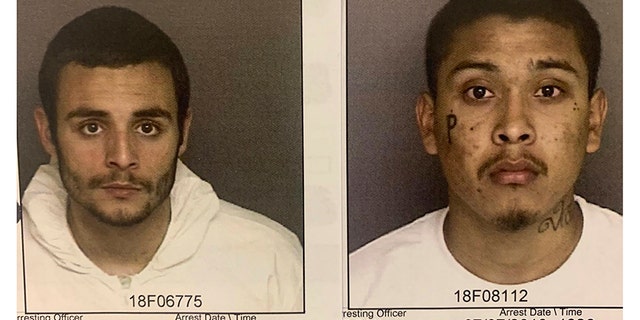 Salazar and Fonseca busted out of the Marin County Jail after climbing through a hole they made in the ceiling of a bathroom, squeezing through a hollow wall and kicking open a hatch.

Two more Democrat voters just trying to get to the polls to vote early, and then go to Mexico to kill Mormons.

They just wanted to get back to Mexico and get hugs from Prez Obrador.

why do we even capture these assholes? Cant we just shoot them?

CBP, not any CA agency, arrested these illegals who happen to be murders.

One has to wonder, how did the Feds find them, and why couldn’t CA find them?

Only if you’re a police officer, and they are dressed as a dog.

The article has been updated and even retitled.

“Two men who were awaiting trial on unrelated murder charges when they escaped from a California jail were arrested by federal officials at the U.S.-Mexico border Wednesday when they tried to “walk across to get back into the United States,” the Monterey County Sheriff’s Office says.”