he Portland Trail Blazers announced that they have severed relations with a company that does business with Israel following a pressure campaign by activists tied to the anti-Semitic Boycott, Divestment, and Sanctions movement.

As the NBA is facing outrage after the general manager of the Houston Rockets capitulated to censorship by the Chinese communist government, the Trail Blazers quietly severed ties with the manufacturer Leupold, which has a contract to produce accessories for the Israeli Defense Forces.

Trail Blazers president and CEO Chris McGowan recently announced the decision to bow to pressure from BDS activists, telling a reporter for the Bleacher Report that "Leupold is no longer a part of the organization."

The move was celebrated by anti-Israel activists and picked up by the pro-BDS blog Mondoweiss, which stated that the decision came "after a year-long campaign by local activists to pressure the Blazers to drop the sponsor." 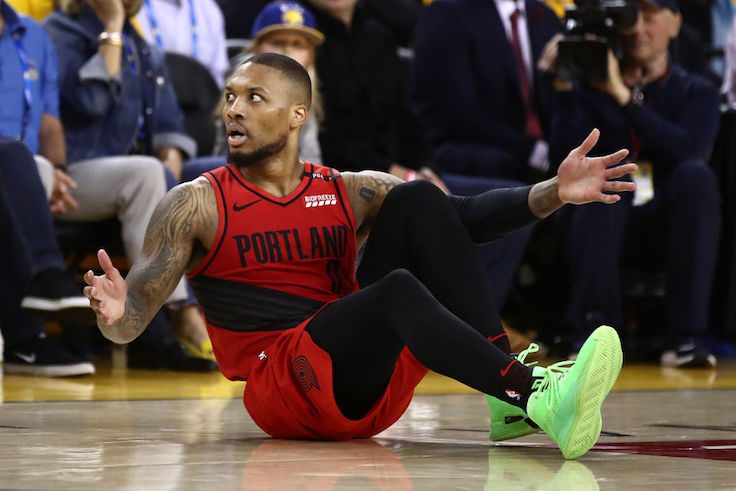 Unbelievable. The NBA kowtows to Chinese communists, and goes along with BDS crazies. Simply Un-effing-believable.

If someone is someday permitted to write the book on the Making of the Second American Civil War such incidents will be chapters.

Hope all of us here today will be there to read it.

There are no sports I will watch

Loving Commies and hate Jews! What a way to represent those values

The same NBA that kisses China’s ass has issue with Israel, a TRUE Democracy..telling isnt it

Strictly college sports for me...

High school for me

Adam Silver must be thrilled.

They just wrote their own sentence.

Stopped watching NBA years ago. I could not decide which set of black tatoed players to root for. It was too confusing.

Messing with God’s most favored nation, Israel. . .not a good idea. Who in their right mind would support this idiots. Collegiate and professional sports. . . for the most part IMHO have turned into nothing but a joke. Role models for the youth of this nation . . . NOT!

oh btw...going to Silver’s wiki page it shows he’s a dim as far as politics goes so maybe he is thrilled

Him and all those Jewish owners

Bingo! Or how many bastard children they all had. I call it the thug and no father league.

They want to be sooo NFL. Piss on basketball!

At what point are people going to realize that a virtual communist takeover is about to happen in this country. When institutions are taking stands that are antithetical to the basic values that our country has followed forever,it’s a warning. The takeover is from within corporations,churches,sports,you name it. The cover for this are phony social crusades such as woke and gender obsession. Gird your loins folks.

OK folks, don’t give me names of wines or this or that, that Israel produces.

Give me Websites if you know them.

I will search on my own too.

I dont even know what Israel makes and sells.

I only know wine because someone told me.

Because our colleges and universities are such staunch defenders of conservative values.

It is unbelievable.
Killer commies are OK, but Jews trying to stay alive in the worst part of the world are bad.

I’ve lost a great deal of the taste I once had for posting in these sorts of threads, because, sadly, there is also a small and very loud pocket of Anti-Semites right here on FreeRepublic as well, and after a while it’s just like whac-a-mole.