Contrary to suggestions by some, most Trump supporters are not automatons or blind supporters. What bothers them, and should bother others, about the latest Ukraine hysterias is the familiar monotony of this latest scripted psychodrama.

The best analogy I ever heard about Trump is that he’s like a 1950’s sci-fi monster. He absorbs the energy rays you fire at him and he grows larger, more powerful.

At least the D's solutions are consistent.

Memo to all Trump Supporters: (Metaphorically speaking only of course, in case some bet-wetting SJW is reading this):

The time has come to “Fix Bayonets”. The attempted coup/2020 election campaign has begun.

Our President has never stopped fighting. We must follow his example.

“A wearied public has reached the point of no return. From now on, it is far more likely that each new feigned outrage will have the opposite effect of helping Trump and hurting his accusers.”

D@mn Skippy it will! Not tired of WINNING, though!

The problem is, once it falls on the Democrats, they have to have something good to sink Trump with. And some CIA agent passing along second hand rumors is not it.

But did Biden intend to and can you prove he intended to.

“...nothing there for an impeachment...”

Not only that, there’s zip to even start to think about an IG investigation. Not one fact, just hearsay.

This puke should’ve been frog-marched into a rubber room for the remainder of a very short career. And should be billed for the cost of the investigation.

And the IG is no better. The report should have read: “No substance, case closed.”

IOW they have nothing, so they are trying to use innuendos, unsupported allegations, and expect people to believe them.

Problem: Squirrels are getting into the attic

When all you have is the house, all your problems look like impeachment

Henry Bowman is right around the corner!! 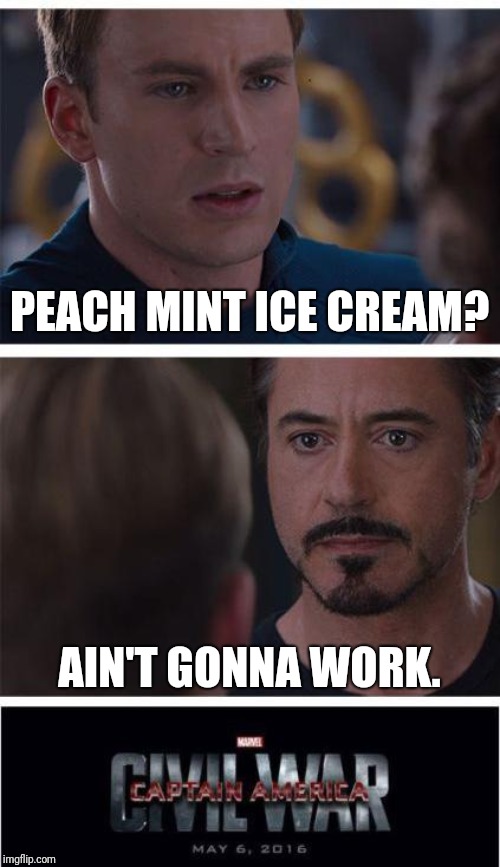 This whole thing is ridiculous and dangerous. If foreign leaders think that their private conversations with POTUS will not be broadcast and distorted by a hostile press, there will be nothing but canned missives instead of real working partnerships.

The word frenzy is an excellent term to describe the Democrat’s passionate efforts to destroy Donald Trump and undo the 2016 election. They have plotted, attacked with no real evidence or facts and will not be dissuaded from their irrational quest no matter how many times they are rebuffed. They are blinded by hate.

This will not end. Given their bizarre irrationality and hard turn to the left,it is likely that they will lose the next national election. This very well may be too much for the crazies to bear. Suspect there will be overt violence in 2020-21 way beyond the Antifa nonsense. The seeds of a civil war have been sown.

I just heard that Nancy has said...paraphrasing...that if this is not enough to impeach President Trump, they have MANY MORE ACCUSATIONS TO USE.

I believe that the Constitution has some language that basically says THAT THE GOVERNMENT CANNOT HARRASS ONE CITIZEN IN MOST CASES. I HOPE THAT IS CORRECT.

I know that there some wise constitutional experts/lawyers who are Freepers.

My question is: WOULD THE PRESIDENT BE PROTECTED IF THAT IS IN THE CONSTITUTION.

I can’t imagine that Pelosi would be allowed to have a bag of accusations and keep pulling them out again and again.

I’m off to make dinner now, but if someone knowledgeable could take the time to answer, I would be grateful. 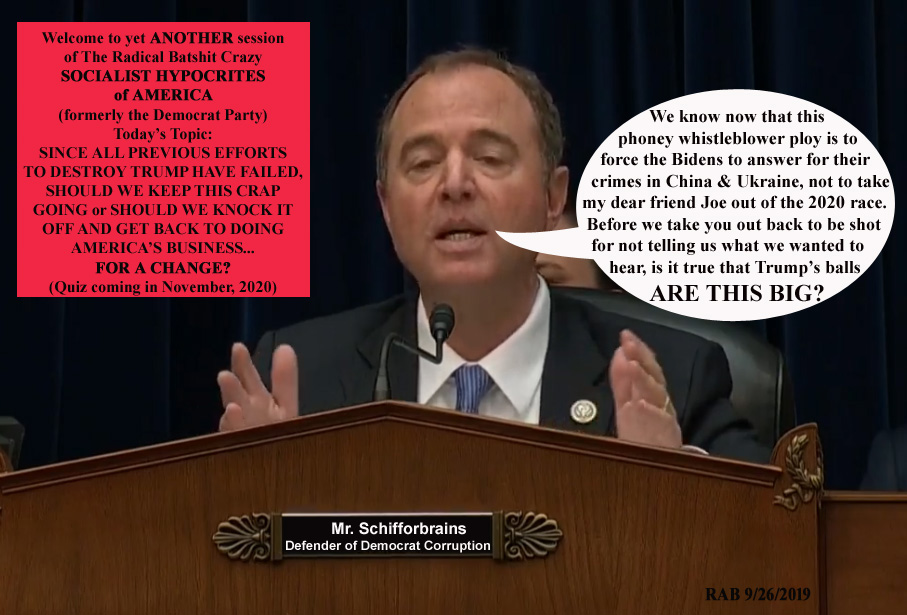 And it will NOT be just for Trump; it’ll be for every single president who follows him!

The more they talk, the more they reveal of themselves and their true objective: the destruction of America.

Those who try to reason with these people overlook a very important point: The Democrats and their fellow travelers don't care if they destroy the USA. In fact--that is their objective!