The Washington Post is closing down its free daily commuter paper, Express, this week.

The final edition of Express will be published on Thursday. The staff learned of the news at a meeting at noon on Wednesday.

In a post on its public relations blog, WaPo said that the growth of WiFi in D.C.’s Metro is partially the cause for the closure: “More and more readers are consuming The Post’s content digitally, and The Post will continue to serve those who commute via Metro with digital products, including its mobile site, apps, newsletters, and podcasts.” (Earlier this year, WaPo partnered with Metro to promote the internet connection, offering riders a free 30-day subscription when they logged into the transit agency’s WiFi, as ARLnow’s Airey points out.)

An article published in the Post also cited declining circulation, from its peak of 190,000 daily readers in 2007 to 130,000 this year. The publication lists a decrease in Metro ridership as a partial cause of the drop.

Unlike the Post, which relies on subscriptions and digital advertising in addition to print ads, print advertising is “our entire source of revenue,” Dan Caccavaro, the executive editor of Express, tells DCist. “It’s been a rough half a year for us,” he says, listing Metro’s partial shutdown and the government shutdown before that among the causes. “I don’t know that our performance recently necessarily reflected what it would be going forward.” He points to a spate of recent hiring as evidence that the decision to shutter Express must have “been made pretty recently.”

“On the editorial side, we’ve been really fired up lately and doing some of our best work,” says Caccavaro. “We’ve done more original work than we’ve ever done.”

In addition to repackaging journalism from the Post and the Associated Press for the tabloid-sized paper, Express also had its own stable of writers who reported on local D.C. arts, food, and news. The paper is known for its playful covers and pithy headlines.

Unlike their colleagues at The Washington Post, staffers from Express are not a part of a union. Express employs 20 journalists and about 75 people who distribute the paper at Metro stations and in newspaper boxes, per the Post.

Caccavaro confirms to DCist that all 20 journalists lost their jobs, though doesn’t know what will happen to the “hawkers” who distribute the papers in the mornings. (“I’ve received more emails about our hawkers over the years than anything else,” he says. “Just absolutely the nicest emails you can imagine.”)

Molly Gannon, the Post’s communications manager, would not comment beyond the statement released on the paper’s PR blog. She declined to say if or when Express started losing money, or the current status of the near-100 Express employees, including whether the workers will receive severance or retain any benefits they have for a period of time.

Caccavaro wouldn’t provide specifics about severance or benefits, though tells DCist that “it’s better than the horror stories we’ve heard [about other publications]. I think they’ve been fair.”

The Washington Post Newspaper Guild, the union representing many Post staffers, released a scathing statement condemning the closure and calling for the paper to hire Express’ staffers, noting that Express employees had explored unionizing earlier this year.

“These employees, many of them young women, performed the same jobs as other staff in our newsroom for substantially lesser pay,” the statement reads. “They were excluded from a union contract that would have protected them only by legal and bureaucratic fictions that labeled them a different entity within our company, though Post Express and The Washington Post are both owned by Jeff Bezos, the richest person in the world.”

Caccavaro, who says he learned about the impending closure earlier this week, says he has a “sense that someone from Express would be considered very highly” for a job at the Post, but that there’s not currently an explicit plan in place to transition them into other roles.

Express staffers have been outspoken about the news. “We are fired!” tweeted features writer Sadie Dingfelder. “Or let go or whatever.”

“I moved to DC specifically for this job and signed a 12-month lease literally two weeks ago so I guess I need some DC-based work,” tweeted Sarah Kelly, sports editor at Express. “This is my fifth time getting laid off/having my position eliminated in the eight years I’ve been working full-time but [to be fair] only three of those were in the news industry.”

Mark Lieberman, the local news editor at the paper (who has freelanced for DCist), wrote that, “Today is my last day at a job I started less than four months ago.”

Vanessa H. Larson, the copy chief at Express, took issue with the way WaPo handled its announcement about the closure. “Ridiculous that @washingtonpost announced this on Twitter while we were still in meeting learning we’d been laid off and before most of us could even tell our families,” she tweeted.

Martine Powers, now the host of WaPo’s Post Reports podcast, wrote on Twitter that “I can’t count the number of times readers reached out to me about my transportation coverage because they’d seen it appear in @WaPoExpress. This sucks.”

The Post says it will offer Express readers a 60-day, free trial for unlimited digital access to the paper.

Express began publishing in 2003. “For a period of time, we were a really important part of people’s mornings in the nation’s capital,” says Caccavaro. “As heartbroken as I am, I’m not losing sight of that.”

This story has been updated with additional information and comment from Dan Caccavaro.

When I moved to DC in 2010...I found this ‘little’ paper to be mostly worthless, but it did have localized news in the DC area (something that the Washington Post rarely ever covered). As you entered every subway area, there would be some guy to hand it out....free of charge. I seriously doubt that they employed more than twelve journalists, and probably paid the hand-out people $25 each morning to stand there and just give it out.

When I moved to DC in 2010...I found this ‘little’ paper to be mostly worthless, but it did have localized news in the DC area (something that the Washington Post rarely ever covered). As you entered every subway area, there would be some guy to hand it out....free of charge. I seriously doubt that they employed more than twelve journalists, and probably paid the hand-out people $25 each morning to stand there and just give it out.

Oh well if they’re women, that’s totally different. Who cares if men get fired, but at least keep the women employed.

It was a worthless paper. It was yet another liberal rag spewing out lies to daily riders. It was juvenile and the reporting was awful. The only thing I liked it for was the crossword and maybe every once in awhile they had a good edition that let the readers know of fun upcoming events in the area.

Around here we have the City Paper. Restaurant and concert reviews wrapped around insane whacko Far Left and Queer propaganda.

The stiffness of the paper and lack of perforations made it unsuitable for the only purpose it could be used for.

Bummer. How many pony riders are being laid off?

10 posted on 09/13/2019 10:53:01 AM PDT by Texas Eagle (If it wasn't for double-standards, Liberals would have no standards at all -- Texas Eagle)
[ Post Reply | Private Reply | To 1 | View Replies]
To: tomkat
lib drivel and fluff - most of them ended up cluttering up the trains. I'll miss the friendly homeless guy who passed them out but no loss.

It was the Wash ComPost’s free newspaper that was available on the DC Metro transit system for rail and bus. 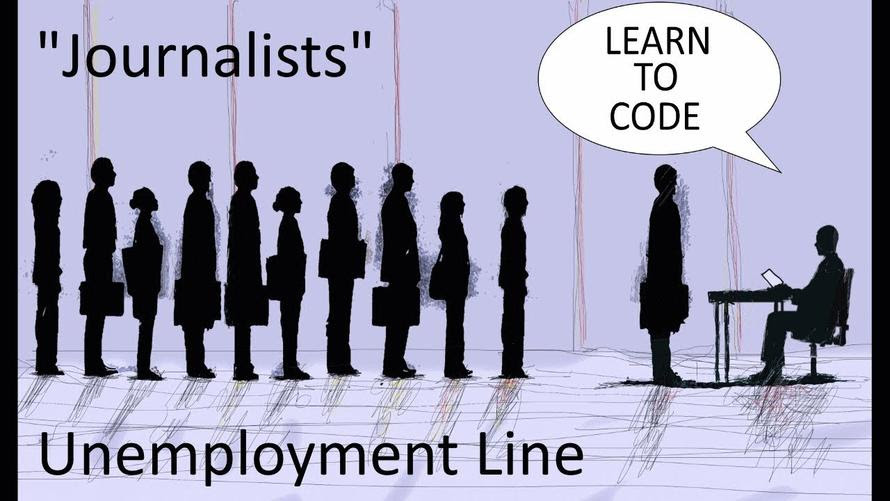 Yep - might as well be reading the LaRouche handouts the commies distribute (at least they did the last time I was in DC some years ago)..they even handed them out to folks on their way into the Pentagon.