Antifa is big on college campuses.

H P U is not inexpensive, loans only pay a part of costs. I suppose his family picked up the rest. This is now an excellent and pretty conservative school. This person must have been mulling over this idea back in high school.

Something about the Constitution, and “peaceful assembly” comes to mind, so I say classify Antifa as the enemy of State they are. Classify them as a Terrorist Organization, and start tossing their butts in jail where they belong, and make them pay for the destruction, and pain they have cost America, and Americans. They have no right to destroy our property, our people, our nation.

I think he went off his MKUltra script and got stopped before he could do anything.

Go crawl back to stormfront.

"You were planning a mass shooting with these here guns, weren't ya boy?"

26 posted on 08/31/2019 4:10:48 PM PDT by E. Pluribus Unum ("If liberty means anything at all, it means the right to tell people what they do not want to hear.")
[ Post Reply | Private Reply | To 1 | View Replies]
To: CondoleezzaProtege
In every one of the mass shootings that I can recall, someone had warned the FBI, local police, or whoever the authority at the site of the shooting was when it was a school or similar setting.

Maybe the guy who shot up a movie theater was an exception, but some of my links to that incident are dead and gone now so I'm not sure whether anyone knew he was off his rocker and wanted to shoot people.

When you study the shootings and realize that nearly half of the shooters were Jewish, tough, you can count on this whole red flag business getting the democrat scum riled up if police start actually pursuing all the warnings they get rather than putting some red flag warnings in the circular file because of the individual they'd have to investigate being a non-Pc target.

Of course, building failure into the red flag stuff is also something they may have thought of in advance, too. That way they knock the whole stupid Red Flag thing out of the argument as a failure by never investigating warnings against some categories of potential shooters. After all, if the ones they don't look into shoot up a Republican softball game or a Trump rally, all the better from their POV.

When I was in college, I and my friends had our firearms close at hand. Especially during hunting season. Nobody every got shot. It's not the guns-- it's the soulless killer kids these days. No religion, no morals, no soul.

30 posted on 08/31/2019 4:23:01 PM PDT by backwoods-engineer (Enjoy the decline of the American empire.)
[ Post Reply | Private Reply | To 1 | View Replies]
To: CondoleezzaProtege
IF the media and especially Fox News as they are about the only ones to report 24/7 on the shooters etc. would not give those needy people any air time, certainly by name or what their neighbors say or their family's opinion if any. DON'T GIVE THE CRAZES ANY NOTORIETY AT ALL. It would help the police not to have to give those time consuming statements and the reporters asking questions that have nothing to do with the public.
31 posted on 08/31/2019 4:23:44 PM PDT by yoe
[ Post Reply | Private Reply | To 1 | View Replies]
To: myerson

Kind a neat looking shotgun at that.

A guy at the end of the hall on our 7th floor dorm emptied his .357 hog leg out the window, and, the next morning, the RA told him not to do that anymore.

33 posted on 08/31/2019 4:29:38 PM PDT by VanShuyten (Er"...that all the donkeys were dead. I know nothing as to the fate of the less valuable animals.")
[ Post Reply | Private Reply | To 1 | View Replies]
To: myerson
He had a muzzle loading percussion shotgun and an old Star 9mm. Whoopie. Reports say he told authorities that he was going to kill himself and his roomie if he wasn’t accepted into a frat.

They’re working on it.

Not bad for t’ree fitty.

My daughter’s best friend goes to High Point University. This must be very frightening for her and her parents.

(I’m sure my daughter, who is in the Marine Corps, will tell her friend to buck up!) 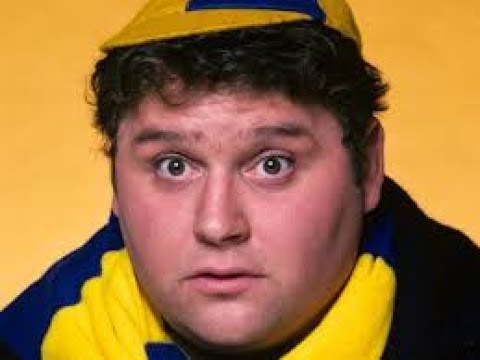 He looks like he has down syndrome. I am not saying that to be snarky just an observation.

It’s changed so much it’s unrecognizable from back in the day.