so he’s a climate heretic ?
I am pretty sure “they” claim that human activity is causative not contributing...
or did I miss another narrative shift ? 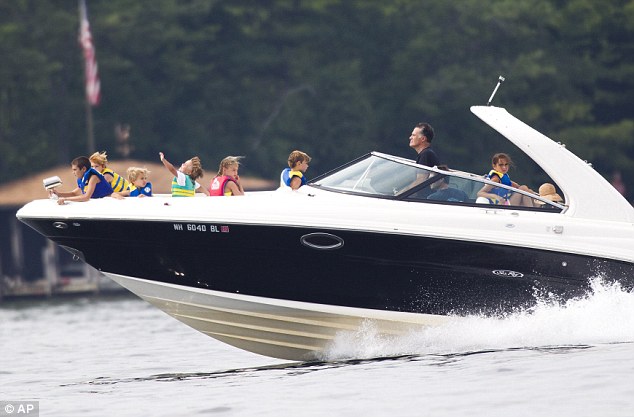 Mitt, shove your speedboat up you a$$.

(borrowing from a comment I read somewhere in the last few months) Mitt Romney is to climate science what Cap’n Crunch is to maritime law.

The only humans causing global warming are those seeking to spread chemtrails,...(and they are cooling it).

Ryan could join him again!

65 posted on 08/19/2019 8:23:07 PM PDT by Theodore R.
[ Post Reply | Private Reply | To 3 | View Replies]
To: ptsal
the senator acknowledged that the position is rare among his fellow Republicans, but one that younger people seem to respond to more strongly than older conservatives.

So doesn't matter if it's true, just if it is "popular". Talk about pandering.

I sure hope Utah voters don’t make us put up with more than this turd’s 6 year term.

He’s just still desperate to get his grandchildren and the media children to like him.

This carpet - bagging LIB nitwit and loser is an embarrassment to humanity .

Romney’s just spilling this Bravo Sierra from that piehole of his because he is a never Trumpster. What the hell is wrong with you Utah? RECALL THIS PREENING LOUDMOUTH.

Anyone that states a claim is on the hook to provide the metrics to prove that those statements can withstand cross-examination in a court of law. Otherwise general, sweeping statements are nothing but conjecture and most likely hearsay.

Mitt should jump in on the Dem primary.

“I say we throw Mitt into a volcano. Someone needs to be sacrificed who won’t be missed.”

huge mistake. huge. sacrificing someone as lame as Mitt would be guaranteed to P.O. the volcano gods ...