If you have some fantasy that this is somehow a new stance for him, it behooves you to read up on Mitt Romneycare’s term as Governor of Massachusetts.

Then look at how many of the people he put in charge of various functions were later called by Obama to hold those same positions at the national level.

This is Romney being the same as always.

If he is angling for Rat votes, he should change parties.

No one is going to be perceived as far enough left for the Rat vote if he has an (R) after his name. No amount of pandering sells Republican to Rat voters.

Romney was too stupid to beat Obama but now he has mastered he climate? Next lie Senator.......... 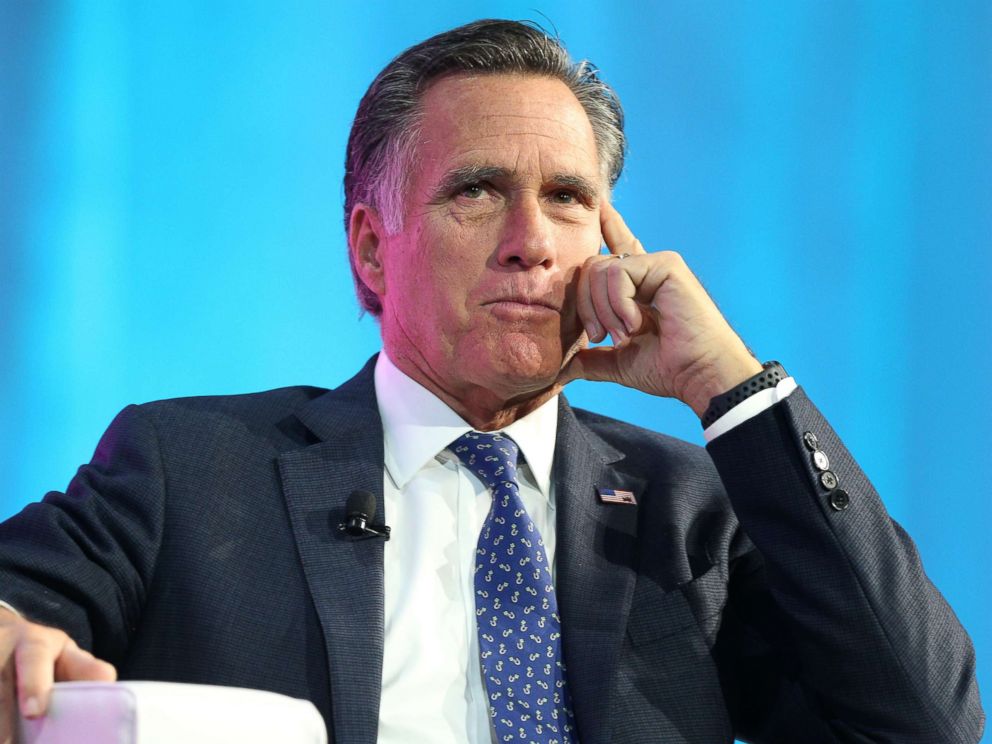 He even cited Romeny as his example.

Exactly what I was thinking.

He is envious that President Trump has more money than him.

THIS “RENEWABLE ENERGY’ FACT PROVES IT A FRAUD!
“Then there are the hydrocarbons and electricity needed to undertake all the mining activities and to fabricate the batteries themselves. In rough terms, it requires the energy equivalent of about 100 barrels of oil to fabricate a quantity of batteries that can store a single barrel of oil-equivalent energy.”
Mark P. Mills, Manhattan Institute Physicist who has written extensively on the subject.
The FULL very long, very informative article is here:
https://tinyurl.com/y5u464au

Mitt is going to run as a Democrat.

Every time Mittens opens his mouth he confirms my opinion that he wouldn’t have been any better choice for President than the turd.

Shut up Mitt. When Americans want any crap out of you, we’ll unscrew your head and dip it out. You’re one of the losers that gave us Obama. Get a job.

It appears that Mitt Romney’s purpose in this world is to deceive.

I don’t want to hear ever again that Mitt Romney is the nicest guy in the world.

Rich idiots like Mitt need to give away 99% of their riches in order to begin to PROVE they believe in Global Warming. Let them earn minimum wage and live in the world they want to create on that.

He considers himself ‘conservative’ ? Really?

His actions and utterances say otherwise.

Great. Let’s see him take Amtrak round trips between DC to SLC.

On many issues we can see loser Romney is trying to position his church so they won’t be a target of progressives.

<< On immigration, Romney said he shared the angst of Democrats over family separations at the U.S.-Mexico border, calling it a “very dark chapter” in the country’s history. >>

Willard sure didn’t share that angst in 2012 when he was running against the very guy (Obama) who started the family separation policy.

Because he’s believed that from the beginning. When he was Massachuetts governor, he signed a cap-and-trade agreement for the state into law. That eventually branched out to become the Regional Greenhouse Gas Initiative, which includes my state, Maryland.

Thank God my wasted vote for this...polititian didn’t get him elected.