At least one woman has been taken to hospital after a bloodied man with a knife went on a stabbing rampage in Sydney CBD, jumping on cars and taunting police.

There is a heavy police presence on King St and Clarence St in Wynyard with the CBD in lockdown.

The woman has been taken to St Vincent’s hospital in a stable condition.

People are being warned to avoid the area.

Footage of the incident, obtained by 7 News, shows a man armed with a large knife jumping on top of a car.

Bystanders are seen rushing towards the man, with one man brandishing a chair.

Multiple people are then seen pinning him down with a crate on his head and two chairs holding his body down. He has blood on his hands.

Sky News has reported an eyewitness heard the man shout “Allahu Akbar” and then screamed at police “shoot me in the face”.

“Witnesses say a fireman from a truck that happened to be at the scene leapt out with an axe in a bid to apprehend the man.”

For some reason, this gives me a warm fuzzy feeling.

“jumping on cars and taunting police.”

Try that here in Chicago. This idiot would have been dead in about 6 seconds. 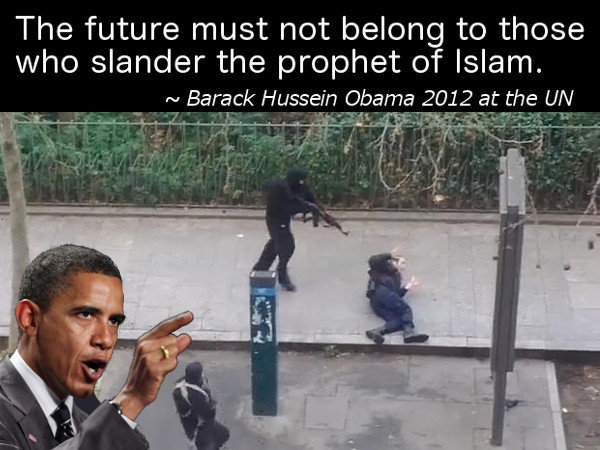 What is this? A peaceful Muslim cab driver flipped to the jihad?

Was anyone arrested for Islamophobia?

SIGH. ANOTHER case of muslims wilding their way through Western Civilization, or what’s left of it.

Looks like he murdered a woman before he terrorized the public. I'd give him allah akbah right between the eyes.

Have the authorities determined a motive?

Good tactics...next time get the edge across the throat and sit on the milk crate.

Here in Australia the nightly news is flooded with the incident... I have heard one report that he shouted allah ahkbar... but that was from an eye witness. The last report the anchor said it was a downtown “shooting” then he passed it off to a reporter on the ground. She then spoke about the “gunman” and then corrected herself! It’s very filtered here. Don’t want to offend any group.

Channel 7 played video that included what sounded like him shouting Allahu Akbar and acknowledged it in their coverage. But some reports are playing up mental illness as the cause.

I heard it from a "cameraman" that was giving his account. Didn't hear it out of any of the anchors or reporters though.

The suspect stabbed a women in the back and shouted “Allahu Akbar”.

According to the local police commissioner that makes him a “lone actor with a history of mental health issues” who “had some ideologies related to terrorism, but he has no apparent links to other terrorist organisations.” “The stabbing is not currently being classed as a terrorist incident.”

To me, that qualifies as “Sudden Jihad Syndrome”

In a way Obama was right. The future must not belong to those who abuse the Pedo Profit Mafia. The future should belong to people who have never heard about Mad Moe because the evil cult has been wiped out of history.

Shouldn’t the term “CBD” be defined early on in this report? I think so. Still don’t know. I assume it’s a district of some sort. But still?

I was kind of wondering the same thing myself, and was wondering if anyone will go to prison for bad mouthing the Muzzard? 😁😆☝️

We’re touring next month; I was going to warn the group about this situation.