WASHINGTON - Democrats running for president on promises to slow climate change are asking young people to do more than just vote for them. Many White House hopefuls are laying out plans to put teenagers and 20-somethings to work guarding the country against the worst effects of global warming.

Core to a number of Democrats' climate plans is the creation of a "climate corps." Akin to the Peace Corps launched in 1961 by President John F. Kennedy as a soft-power check against Russia, a climate-focused national service program would tackle what many presidential candidates see as this generation's greatest challenge by putting young Americans to work planting trees, restoring wetlands and aiding victims of natural disasters.

Inspired by the Civilian Conservation Corps, a New Deal-era work-relief program, Booker's proposed Agriculture Department program would train, house and deploy youths from low-income and minority communities during two-year stints in the restoration of U.S. forests and wetlands.

The aim of Booker's bill is to plant more than 4 billion trees by 2030 and 15 billion trees by 2050 across federal, state, tribal and private lands in an effort to restore wildlife habitat and sequester climate-warming carbon from the atmosphere. The plan calls for more than 50,000 young people to be enrolled in the corps by 2027 and assist them in finding jobs after completion.

If a teenage volunteers falls off a roof, will he/she/it be covered by free Husseincare?

My roof does not leak, having teenagers install solar panels is not a wise idea.

Somehow roof work and insulation work are not the things I see teenagers excited to do, besides them both being skilled labor.

These idiots don’t even know how to drive with a manual transmission.

It sounds like they’re using “volunteers” in the sense of “all-volunteer military,” that is, people who voluntarily sign up for a paying job with the government, as opposed to conscripts.

Given that the potential employees of this program are the same population who are not currently taking the available paying jobs, I’m unsure how he’s going to get them to take his jobs, absent conscription.

My roof does not leak, having teenagers install solar panels is not a wise idea.

Somehow roof work and insulation work are not the things I see teenagers excited to do, besides them both being skilled labor.

You see the leftists do not respect the complexity of working with ones hands. Or the knowledge base required.

They think that any one can do the work of skilled plumbers or roofers or carpenters. 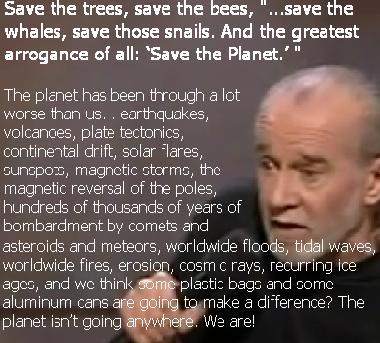 “Somehow roof work and insulation work are not the things I see teenagers excited to do, besides them both being skilled labor.”

Not to mention all the labor rules and regulations, employment laws, insurance issues, lawsuit probabilities, union resistance, the list is endless. What an idiot idea.

Now, I have employed teenagers so they can acquire skills, but only if their dad is with them while they work.

7 posted on 08/11/2019 5:04:20 AM PDT by Gen.Blather
[ Post Reply | Private Reply | To 2 | View Replies]
To: Libloather
And those wonderful teenagers are driven everyplace instead of walking....eat meat, buy leather shoes, gorge themselves with soda....and fart like crazy.

They're part of the problem...not the solution.

“These idiots don’t even know how to drive with a manual transmission.”

Or read analog clocks. Or change a tire. Or buy stamps.

Will rats tell Millenials to “get in their faces”, like Barry did?

Our side needs to repeatedly inform Millenials how much this will cost them.

HA HA HA HA HA.........in their dreams! do the parents have to go with them, pack them a lunch, see they are wearing all their protective gear, soothing them when they get a boo boo. And who in their right mind would allow these snowflakes to punch holes in their roof and install panels with tools they know nothing about?

First things first.. They need to get the guns out of the hands of the masses. Then, commissars, er, I mean, climate corps and other appointments will be easy peasy.

They should sell their cars and phones first to save the eart.

This is the old CCC model with a twist. And we will pay for it how??

Well said. A complete lack of respect of labor from the lazy generations, well taught in school no doubt.

This is not volunteer....They are paid, housed, fed. Tell them they have to leave their electronics home and see how many volunteer.

Another democrat busy-work program for unemployables.

16 posted on 08/11/2019 5:09:50 AM PDT by Vlad The Inhaler (Liberals no longer glorify heroic deeds, They glorify whining that they call heroic)
[ Post Reply | Private Reply | To 1 | View Replies]
To: Sacajaweau
Tell them they have to leave their electronics home and see how many volunteer.

Teenagers doing it for free. What could go wrong?...

I saw the exact opposite of that the other day. I stopped by a friends house and while there was talking to his 19 year old son. He works for his uncle’s heavy equipment company. The young man told me that he was heading out to buy a brush hog.

His uncle hates doing brush hog work but it pays well. This young man is taking on the brush hog contracts in his free time.

From the basement with video games to the roof! Talk about movin on up!