Well, they've gone and done it. The House Oversight and Reform Committee voted to authorize a subpoena for White House Counselor Kellyanne Conway to testify about her potential Hatch Act violations. The panel says that Conway engaged in "egregious, repeated, and very public violations” of the ethics law.

"Here, we have a clear-cut case of a federal employee violating federal law over and over and over again,”  Chairman Elijah Cummings (D-MD) alleged on Wednesday after the panel's vote.

Conway knows what's going on. The Democrats on the panel, she said earlier this week, want to silence her.

"They want a big roll of masking tape over my mouth," was how she put it.

Kellyanne Conway dismisses Office of Special Counsel accusing her of repeatedly violating the Hatch Act -- a law intended to bar federal employees from engaging in political activities while on the job.

The Hatch Act prohibits federal employees from engaging in political activity. The Office of Special Counsel argues that Conway has broken the laws on more than one occasion, including last year when she weighed in on the Alabama special election and more recently as she has mocked some of the 2020 Democratic presidential candidates and their agendas. On June 13, the OSC formally requested that President Trump remove her from office.

President Trump came to the same conclusion and assured Conway that her job and her right to free speech will be protected under his watch. To the dismay of the OSC, Trump said she's not going anywhere. The White House had also blocked Conway from testifying.

But one Republican, Rep. Justin Amash (R-MI), who recently called for Trump's impeachment, voted in favor of the subpoena.

.@justinamash is the only Republican on the House Oversight and Reform Committee to vote yes on a resolution to subpoena Kellyanne Conway for testimony on her violations of the Hatch Act and ethics laws.— Caroline Simon (@carolinesimon66) June 26, 2019

TOPICS: Culture/Society; Front Page News; US: Alabama; US: California; US: Maryland; US: Michigan; US: Ohio
KEYWORDS: adamschiff; alabama; california; cummings; demonrats; douchejones; dougjones; elijahcummings; hatchact; houseoversitecmte; jimjordan; justinamash; kellyanneconway; liberaltarians; libertarians; losertarians; maryland; mayarockeymoore; medicalmarijuana; ohio; roymoore; scaredschiffless; schiffforbrains Navigation: use the links below to view more comments.
first 1-20, 21-40, 41-54 next last
It is interesting that democRat candidate Julian Castro was actually found to have violated the Hatch Act — and not only did no one pay attention, he wasn’t even punished! The Housing and Urban Development (HUD) Secretary admitted that he made a mistake but also said he did not intend to break the law. Yeah right Sarcasm off. He was let off the hook by President Obama.
1 posted on 06/26/2019 10:37:42 AM PDT by Kaslin
[ Post Reply | Private Reply | View Replies]
To: Kaslin
CONgress wasting our tax dollars again. Actually they haven't stopped for a long time. 🐎💩
2 posted on 06/26/2019 10:40:17 AM PDT by rktman ( #My2ndAmend! ----- Enlisted in the Navy in '67 to protect folks rights to strip my rights. WTH?)
[ Post Reply | Private Reply | To 1 | View Replies]
To: Kaslin

Well, then I expect that the Senate will subpoena John “I Was in Vietnam” Kerry to testify re: his actions in violation of the Logan Act.

political activity is so broad, any mention of anyone in politics can be considered activity. 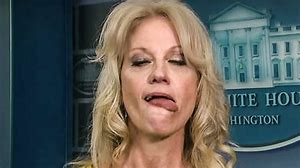 .. were Kellyanne to divorce her other half,, we'd all sleep better at night...

except for The Donald, he hardly ever sleeps, yaknow.

Demonrats are trying to hurt everyone associated with President Trump.

We have to make sure to get an R majority in both the Senate and the House.

Apparently, only Republicans can violate the Hatch Act, regardless of the obvious activities of dummocraps which also fit the bill.

Apparently, only Republicans can violate the Hatch Act, regardless of the obvious activities of dummocraps which also fit the bill.

“...engaged in “egregious, repeated, and very public violations of the ethics law. “Here, we have a clear-cut case of a federal employee violating federal law over and over and over again...”

You mean like Obama, Hitlery, Mueller, Comey, et al did???

I think they photoshopped her picture. She never did this or looked like this.

There’s a necessary and appropriate use of Congressional power... this AIN’T IT!

CBS breaking into regular programs over Trump speaking to Press.

wasting hell, robbing..that is what it has always been about..

More like Congress violating the Hatch Act because they are exempt from it.

We have to remember she helped our President get elected and now they are gunning for her!

Imagine what a blow out the economy would be if Trump had a cooperating House and Senate.

THE DEMONRATS' MOTIVE IS OBVIOUS HERE.

The only way to stop a bully is to beat the sh1t out of him.