Maryland’s Board of Public Works approved the state’s use of private companies to widen highways in the Washington suburbs, but agreed to delay work on the Capital Beltway after running into opposition.

The vote came during a lengthy and tense meeting Wednesday on Gov. Larry Hogan’s plan to enlist the private sector to widen the Capital Beltway and Interstate 270. The private contractors would recoup their investment through tolls charged on drivers who use the new lanes.

The Hogan administration has sold the plan — known as a “public-private partnership” or P3 — as a way to alleviate traffic congestion without relying on taxpayer dollars.

The first phase of the $11 billion project was supposed to be along the Capital Beltway from the American Legion Bridge over the Potomac River around to Interstate 95. But Hogan proposed delaying that part of the project and instead proceeding first with adding toll lanes to Interstate 270, which connects the Beltway and Frederick. Widening the Beltway in Prince George’s County would come last.

Hogan said he proposed the switch “reluctantly.” The other two Board of Public Works members split on the governor’s proposal, with Democratic Comptroller Peter Franchot voting with the governor and Democratic Treasurer Nancy Kopp opposed.

Kopp said she wasn’t clear on the details of the switch and that she still has broad concerns about whether privately-built toll lanes are the right solution to traffic congestion.

“Can we see in writing what was voted on?” Kopp asked after the 2-1 vote was taken.

Kopp said in an interview that she still has unanswered questions about many of the financial and environmental implications of the project.

“I hope there will be a great deal more sunshine,” she said.

FReepers, 99.216% of the Second Quarter FReep-a-thon goal has been met.  Click above and pencil in your donation now.  Please folks, lets end this FReepathon.  Thank you!
...this is a general all-purpose message, and should not be seen as targeting any individual I am responding to... 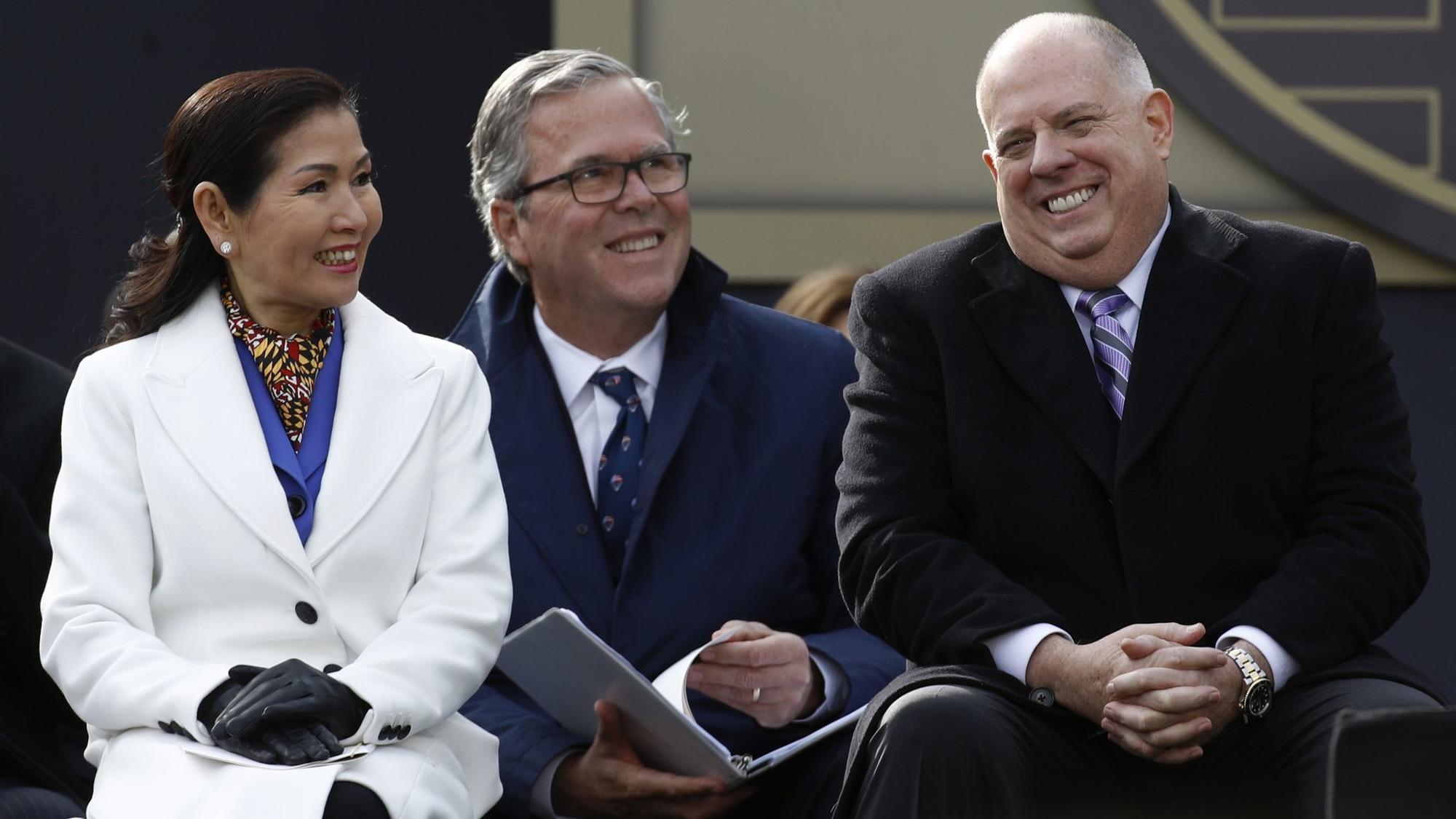 A second bridge across the Potomac from Gaithersburg on an arc towards Dulles Airport would divert a large amount of traffic from the American Legion Bridge. It will never happen with all the movers and shakers who live near the river on both sides of the Potomac.

I remember folks advocating a 2nd crossing of the Potomac above (west) of the Point of Rocks/American Legion Bridge when I was first assigned to the Pentagon by the Army in 1980. It was opposed then, as now, by the NIMBY folks.

Our Guv is the latest limpdick to whine for the slave Tubman’s picture on the twenty.

Connecticut wants to toll entire highways. Maryland will still have free lanes on theirs, alongside the tolled express lanes.

What BS! Is this leftist loony saying that no taxpayers would have to pay the tolls?? Tolls that would have to be enormous, if the construction company is to recoup its investment...

Is he really doing that?

In North Carolina I77, north of Charlotte, is being widened with private toll lanes and public free lanes. The project likely cost GOP Governor Pat McCrory his second term in the 2016 election. The vote shift from Rep to Dem in the counties north of Charlotte was sufficient to shift the governor to the Dem candidate. Trump won NC in 2016.

Moderate Republicans seem to have a knack for ticking off their voters.

The local media have been reporting the Hogan is urging the Feds to modify the twenty ASAP. Pure pandering to the two-legged biomass swarming underneath.

14 posted on 06/15/2019 3:59:47 AM PDT by VietVet876
[ Post Reply | Private Reply | To 11 | View Replies]
To: VietVet876
Stuff like this makes me think America isn't a serious country anymore.
15 posted on 06/15/2019 5:39:03 AM PDT by Vision (Obama corrupted, sought to weaken and fundamentally change America; he didn't plan on being stopped.)
[ Post Reply | Private Reply | To 14 | View Replies]
To: Freee-dame
A second bridge across the Potomac from Gaithersburg on an arc towards Dulles Airport would divert a large amount of traffic from the American Legion Bridge. It will never happen with all the movers and shakers who live near the river on both sides of the Potomac.

If I lived in Montgomery County, I too would be opposed to turning Montgomery into Fairfax North. Suburban sprawl has become a cancer. A new Potomac River crossing would simply spread the cancer 20 miles further out.

I know, I know … immigration to the United States is a global entitlement, and advocates of sprawl think we can just keep building roads to accommodate a doubling of the population every 40 years.

Who else are we building these new suburbs for? The native born U.S. population is below replacement rate in fertility. We dump the illegal immigrants into the cities and build suburbs as refuges for fleeing native born citizens.

I'd rather attack the problem at the front end. Our cities are quite big enough already. We don't need to import the rest of the world so that we can live in an antheap.

P.S. I don’t want people to think I’m anti-progress. A new Potomac River crossing. Fine. Do it with rail. Build a metrorail line from Gaithersburg to Dulles (or Tysons’s which is the real capitol of NoVa). And put it underground. Problem solved. But no more cars, and no more sprawl.

I grew up in Takoma Park in the 60’s. They were talking about a rail line(going exactly where you said) then.

18 posted on 06/16/2019 4:09:33 AM PDT by mad_as_he$$
[ Post Reply | Private Reply | To 17 | View Replies]
To: mad_as_he$$
The Purple Line, now under construction, will connect the existing New Carrolton, College Park, Silver Spring and Bethesda stations. It should probably be extended to Tyson's, but NoVa would probably oppose it because it doesn't involve automobiles and therefore violates the suburban cowboys' articles of faith.

Metrorail does need a loop train to provide efficient intersuburban travel. The hub and spokes model on which all of DC's transportation systems were built has been inadequate for many years. How to finance a major expansion? Easy. How about a $10 a day tax on all parking spaces inside the beltway?

Employer-paid parking should also be counted as taxable income for the employee. Employer paid metro benefits should be treated the same way. Get rid of the subsidies to users. Or if that's too painful for the commuters to consider, make the subsidy universal, with employees who walk or bike or who save money with short metro or bus routes allowed to pocket the difference.