On CNN's New Day this morning, New York Times reporter and CNN analyst Maggie Haberman insisted "Joe Biden's core strength is his decency," and claimed that the Trump campaign is "having a very hard time figuring out how to attack that."

MAGGIE HABERMAN: Biden is in the President's head: there is just no question about it, and you can see it every time he talks about Biden . . . Look, I think that the President is not exactly sure how to go after Joe Biden, because Joe Biden's core strength is his decency, right? That is his, basically his calling card. And they are having a very hard time figuring out how to attack that. 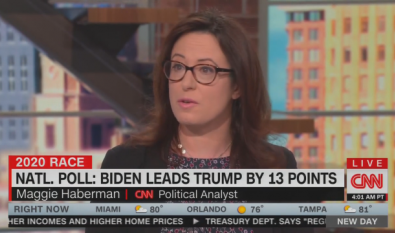 Biden hasn’t had a decent bone in his body since before the brain damage.

For Maggie Haberman of the NY Times, the word is “decency.”

I’m going to go out on a limb and guess the response will be somewhat different here.

Let me guess, Biden also had a successful career in selling ocean front lots located in Nebraska and Iowa. 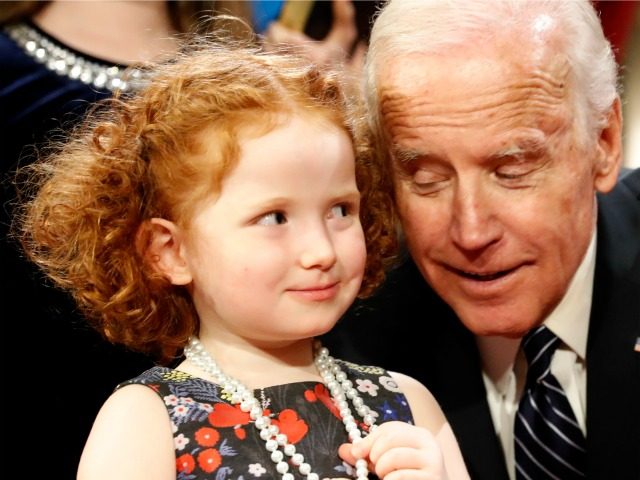 Yup,this kid is literally mesmerized by the decency.

China Joe Biden is a pedophile and he and his son are crooks.

Headline: THANK GOODNESS I was able to swallow my drink of iced tea successfully.

He is not decent. He is vile and lecherous. I hope someone on the GOP side has the guts to confront him over groping and feeling up little girls so many times. In public. Really makes one think about what he might do, when no cameras are around.

.....while fondling and whispering sweet nothings in girls/womens ears and banking his china ukraine millions....

This is a man who claimed that his wife and small child were killed by a driver who “drank his lunch.”

Yes, Joe Biden’s wife and child were tragically killed in a car accident. No, the other driver was not drunk, not in the least. He felt bad about the accident and it haunted him the rest of his life. His family has asked Joe Biden to correct the record.

But you see, this “decent” man took the tragedy of his wife and child’s death and figured that he would get some political mileage out of it by enhancing the story for his advantage.

I used to live in Delaware 30 years ago and know Biden firsthand.

He was a customer at my business and we used to talk extensively....

He is truly a idiot.... believe me on this.... I was in my early 20s at the time and was truly shocked....of course, politics didn’t matter to me then so I didn’t think much of it at the time....other than “peter principal”

As a side note, he had just had his first hair transplant, looked like rows of corn..... :)

And that's all I have to say about that.

Biden’s core strength is his decency.

Biden’s core strengths are his decency and his frequent gaffes.

Biden’s core strengths are his decency, his frequent gaffes, and his plagiarism.

Biden’s core strengths are his decency, his frequent gaffes, his plagiarism, and his relentless groping of little girls.

Biden’s core strengths are his decency, his frequent gaffes, his plagiarism, his relentless groping of little girls, and the dishonesty of the DNC Media.

She’s probably hoping for a good groping by Slo Joe.

It didn't take Democrats long to figure out how to attack Mike Pence or Mitt Romney, both considered to be "decent" people until they got in the way of Democrats.

One thing the Trump campaign will have no trouble with will be attacking Biden. No more target rich environment has existed.

Where’s a bolt of lightning when you need one?