Yeah that’s a problem. For the father.

In France you are not allowed to make muslims look bad. Even if all you do is publicize photographic evidence of their actual activities.

Also worth noting that the leaders of the Muslim world were allied with and continue to love Hitler.

Anti-Semitism has been a long time lingering problem in France, so whether by their own self-induced spiral into darkness or by design of divine retribution — they’re now stuck with their current predicament. They have only themselves to blame.

Whether they get out of it or not depends on how and if they learn from their past. Period.

Marine Le Pen has herself been weird when it comes to the Holocaust, to Jews, and to Israel. She can’t win. Catholics don’t trust her. For numerous reasons. And that’s that.

I understand your position.

I also understand that, right now, the ONLY party that opposes Islamic migration into France is Le Pen’s group.

[[We are witnessing the rise of pure fascism.]]

Yes but we are also starting to see some blowback- the people in venezuala are rioting, the yellow vests in france are, or were at least, rioting-

The people will usually only be pushed just so far- usually-

FReepers, 95.945% of the Second Quarter FReep-a-thon goal has been met.  Click above and pencil in your donation now.  Please folks, lets end this FReepathon.  Thank you!
...this is a general all-purpose message, and should not be seen as targeting any individual I am responding to... 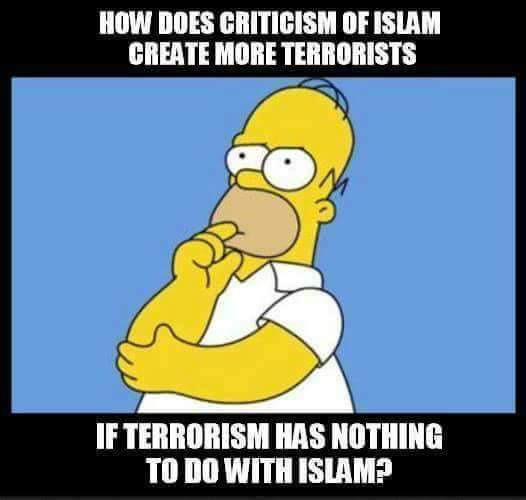 Well it won’t be with Marine Le Pen at the helm I can assure you that. She dug herself into a hole just a week before the last election with some of her most ridiculous comments to date (about France having no responsibility in the rounding up of thousands of Jews in Vel D’hiv stadium in Paris in 1942.)

She is also pro-abortion and not religious.

The entire family is no friend of the truth.

This is political persecution.

While the people who did what the images captured, well, that doesn’t bother the French that much.


Are we responsible for what our parents say or do?

Looks like the Nazis are back in Europe...
—
yup

They’re gonna do to her what they did to Trump.

37 posted on 06/12/2019 10:00:49 AM PDT by wastedyears (The left would kill every single one of us and our families if they knew they could get away with it)
[ Post Reply | Private Reply | To 1 | View Replies]
To: Leaning Right
I was permanently expelled from Facebook for posting gruesome ISIS images. I did it for the same reason the Allies released pictures of the death camps after World War II: Everyone should know the TRUTH about what we are dealing with.

I had posted the same images previously on Facebook, and so had other people. I suspect that the real reason they expelled me is because I had been a fervent supporter of President Trump from the time he announced his candidacy for President, and because I am obviously very sophisticated, well educated, and intelligent, which interferes with the narrative they would like to present to the world, and furthermore, interfering with it even more, I had openly proclaimed on Facebook that among my heroes are Harriet Tubman, Martin Luther King, the French and German Resistance in World War II, the Underground Railroad, and many other heroic figures, adulation of whom would contradict the false narratives of the mendacious Left.

Hitler had a trial too, and we all know what happened as a result.