“This psycho must be charged, tried, convicted" the provocateur and Republican operative wrote, below which he placed a photo of Brennan and then added, "and hung for treason,”

The post was removed by Instagram soon after it was posted, with the company saying it "violated our Community Guidelines."

Stone, 66, was arrested at his Florida home on Jan. 25 and charged by special counsel Robert Mueller with lying to Congress, obstructing justice, and witness tampering. He pleaded not guilty and was released on a $250,000 bond. Stone’s trial is set for Nov. 5.

He has come under fire for his social media posts. On another Instagram story, he posted a photo of U.S. District Court Judge Amy Berman Jackson’s face next to an image of crosshairs. Jackson is the judge in Stone's case. He deleted the post and released a statement denying it “was meant to somehow threaten the Judge or disrespect [the] court.”

In February, Jackson issued a gag order that forbade attorneys for both Mueller and Stone from “making statements to the media or in public settings that pose a substantial likelihood of material prejudice to this case.” She also said Stone is not allowed to speak about the case in the vicinity of the courthouse.

Brennan has been a frequent critic of President Trump and major proponent of Mueller’s investigation, which led to the criminal convictions of other Trump associates, including Paul Manafort and Michael Cohen. He was CIA director under President Barack Obama from 2013 until Trump was sworn into office.

I would rather the guillotine.

Just imagine the slo-mo of the head bounce.

You could put a ramp underneath that leads to a set of bowling pins. That would be cool.

*I heard you was hung.

6 posted on 06/02/2019 8:08:54 PM PDT by Deaf Smith (When a Texan takes his chances, chances will be taken that's fore sure)
[ Post Reply | Private Reply | To 1 | View Replies]
To: E. Pluribus Unum
The Deep State thought they were going to get their revenge. An FBI SWAT
team to arrest Stone? Let AG Barr find out who authorized that. 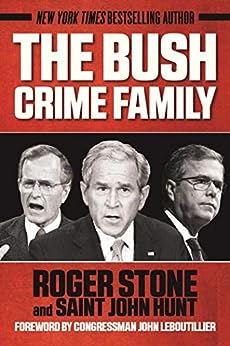 Unfortunately, Johnny’s job gives him a great deal of isolation and protection, and people in the know think it is highly unlikely he will go to jail, or even be prosecuted.

But there are other forms of punishment that can be just as severe. For one, I’ve read the he sees himself as a prime candidate to be Secretary of Defense in a Democrat administration and at the age of 63, he believes he still has a career in government. Exposing his misdeeds and ruining his reputation to the point where those dreams go down the toilet will be very damning to him.

The correct term is hanged.

He most definitely qualifies as a traitor and as an enemy combatant .

Right from the top, soebarkah first, then down the line.

America no longer executes for Treason. In fact, we barely even indict or prosecute. Am I wrong about that?

Who needs a guillotine, just have him walk unarmed across the Gaza strip with a Star of David around his neck.