Trump "My Campaign for President was conclusively spied on... and this was TREASON!
Real Donald Trump Twitter ^ | May 17, 2019

My Campaign for President was conclusively spied on. Nothing like this has ever happened in American Politics. A really bad situation. TREASON means long jail sentences, and this was TREASON!

Already bargained down to just a long jail sentence?

We got your back!

So, Mr. President, what do we do about the foreign actors involved?

Surprisingly, we’ve almost gotten to the point where the leftist media cannot keep this genie in the bottle.

Bring the pain Sir. Bring it.

Q was bound to get something right. Eventually. 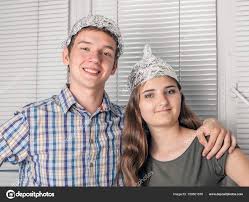 The object of those involved was to get Hillary elected, and those doing so thought that this was best for the U.S.

Someone who kills someone while driving drunk shouldn’t get the chair; someone committing this crime should be sent to a prison that has been subject to the prison equivalent of busing so that they may have prisonmates that reflect the cross-section of the American prison population. They should not receive the benefits of any white privilege.

Segregating prisoners into different prisons is racist unless all prisons have the same racial composition.

I think its sedition, rather than treason.

That was only the objective of some of those committing treason. Much more was covering up their underlying treasonous crimes. (E.g., Uranium One, but many more, such as the real Benghazi story, etc.)

And the racial composition of prisons, etc., is completely irrelevant to the issue at hand, whatever sarcasm/parody intended.

That has been my hope (and expectation) all along.

When certain things happen in life, they take on a “life of their own”, where regardless of what players on one side or another might want or thing, that certain thing is let out of the bottle and obtains an inexorable momentum all of its own.

The media did all they could on their part to keep the genie in the bottle, but once certain trigger points happened, it simply couldn’t say hidden.

And boy, did they ever try.

I made the observation that there has been a significant sea change within the past few months.

People who maintained there was spying and illegal activity (Like Mark Levin and Dan Bongino) against the Trump campaign were branded as cranks and conspiracy theorists.

Now, it is out of the bottle, and they cannot put it back in.

The discussion now seems to be what is the meaning of the word “spying”, that even if spying was done there were good reasons for it, and various players like Brennan and Comey are beginning to point their fingers at each other.

This is all good.

We don’t execute people for Treason anymore and probably never will, conspiring with foreign powers (Britain, Italy) to overthrow the government, but...we should.

I disagree. If someone willingly takes a recreational drug with a weapon at hand for use while under that influence and USES that weapon against a innocent person, they should get the electric chair. The situation was premeditated.

Face it folks. What we are seeing here is looking a whole lot like “Modified, Limited Hangout.” IOW, nothing is going to happen, the gummint is going to blow smoke up our ass for the prescribed ten years and then discover a “forgotten document” that proves the whole thing was due to some low level flunky who will get a wrist tap. Just like the Ludlow Massacre, the Kent State Massacre, and the Twin Peaks massacre.