Did the Obama administration spy on the Trump campaign on 2016? It’s a heavy allegation and one that requires a probe that was just as vigorous, lengthy, and thorough as Robert Mueller’s witch-hunt into the Russian collusion myth. It’s only fair. Based on what we know, all arrows point to some covert surveillance operation that could involve the FBI. Well, that was the long-standing story. Now, it seems the CIA might be involved. What we do know is that Stefan Halper was probably the informant the FBI tried to use to infiltrate the Trump campaign. He’s also a longtime CIA operative—and his identity could’ve been pieced together through public sources. There’s no Valerie Plame here, folks. The Intercept’s Glenn Greenwald was able to make the connection, while also slamming the media for insinuating that his life was in danger with this story. He’s fine. Those involved in this alleged plot are just covering their tracks or at least attempting to do so.

In the spin zone, there are emphatic denials that there was spying, but also there was spying. But have no fear; this was a national security priority. At no point in time has the intelligence community leaked things to try and hamstring the Trump administration, right? Oh wait—they have. Also, it’s funny to see the linguistic gymnastics the Left is employing to say this whole operation wasn’t spying…when it fits its very definition as written in any dictionary. Now, The New York Times’ story all but confirms this operation, saying that a woman named Azra Turk was sent to oversee the operation and posed as a research assistant in a meeting with then-Trump campaign official George Papadopoulos.

Papadopoulos described Turk as a “honey pot,” using her feminine ways to pump information out of him, specifically about whether the Trump team has ties to Russia. He also says he doesn’t think she’s FBI, but CIA. That was his only issue with the Times’ piece. So, the FBI/DOJ had been discussing a way to remove Trump through the 25thAmendment and now this whole spy story has a CIA angle? Yeah, I could see why former Obama Intelligence Community officials are nervous. We already have an impending inspector general report from the DOJ dropping soon about alleged FISA abuse allegations. It’s said to be “scorching,” according to Dr. Sebastian Gorka, a former Deputy Assistant to President Trump and host of Salem Radio Network’s America First program.

Yet, Michael Goodwin of the NY Post wrote a great column, where he torches the liberal media for just taking at face value that this was a legitimate operation, and not a possible plot to keep Trump from becoming president. He also noticed that the publication did not shy away when the NYPD was busted for having a secret spy operation that was monitoring the Muslim community, but with such a program executed under the Obama administration against Trump—it was merely an observing operation. In the era of Trump hysteria with the liberal media, spying on one’s political enemies is not just admitted, but defended. That’s what Goodwin was hitting home concerning the Times’ piece. He noticed a lot of errand boys for the deep-state in the immediate fallout. And all of this drives home why the Democrats and the media hate Attorney General William Barr. It’s not that he’s AG under Trump, though that’s some of it, it’s because he’s a man who will more than likely put a microscope over the very alleged operations these clowns thought would remain hidden because they all thought Hillary Clinton would win the presidency in 2016 :

He wasn't a spy.... he was hired by the FBI to secretly engage in conversations under false pretenses and then report back whatever he learned in those conversations.

But he wasn't a spy.

The story repeatedly suggests she is an FBI agent, but the fact that it doesn’t say so directly probably means she isn’t. Indeed, one of the story’s three reporters, Adam Goldman, told CNN they called Turk a government investigator “for a reason, and I’m going to leave it at that.”

That’s not journalism. That’s being a deep-state errand boy.

Naturally, all sources are anonymous, identified generally as “people familiar with the operation.” My guess is they include Jim Comey, Andrew McCabe and other dirty cops worried they are in Barr’s crosshairs.

They should worry, especially about Barr’s probe into leaks. There is no question that FBI officials were among the same reporters’ sources all along as the Times painted Trump as a Russian agent.

Which is why Friday’s story assures readers there was nothing amiss in the spying, arguing that the existence of an “operation aimed at a presidential campaign” reveals “the level of alarm inside the FBI” over Russian efforts to disrupt the 2016 election.

That’s an odd and extremely biased way to describe the possibly illegal effort by the Obama administration to spy on the presidential campaign of the opposition party. Imagine how that sentence would be written if a Republican president spied on a Democratic candidate.

And why are the reporters certain the spying was legitimate and not a plot to stop Trump from being elected? Because their sources say so, making this a powerful example of why the Times was wrong to abolish its standards.

Papadopoulos also makes a key point the Times doesn’t: He believes Turk is with the CIA, which adds a huge dimension to the scandal. Imagine that headline: “Obama’s CIA also spied on Trump.”

Paging John Brennan, your time in the barrel is coming.

The Times first reported the FBI’s 2016 contact with Papadopoulos in May of 2018, when the paper, along with The Washington Post, simultaneously revealed the bureau sent an “informant” to talk to two Trump aides after the agency “received evidence that the pair had suspicious contacts linked to Russia.”

The fact that both papers had the same story reflects that it, like Friday’s piece, was a defensive leak orchestrated by nervous insiders. And no wonder: Trump was tweeting back then that there was “at least one FBI representative implanted, for political purposes, into my campaign.”

In response, the Times essentially admitted it was true, but protected the operation with the ridiculous assertions that “No evidence has emerged that the informant acted improperly” and that the FBI used informants only because agents were “leery of disrupting the presidential campaign again” after the Hillary Clinton e-mail probe.

In other words, they sent a secret informant for Trump’s own good. This is the same FBI that wrote a letter clearing Clinton before she was interviewed.

Yeah, everyone has a plan until they get punched in the mouth. In the case of the DOJ and the larger IC, it could be multiple punches to the mouth and possibly the throat. I think a lot of bad news is coming down the pipe, which, and I agree with Goodwin and WSJ’s Kimberley Strassel, is the reason why we have as many leaks as the Iraqi Navy on this story.

We already know. It was called Watergate.

Does the name Leon Panetta ring a bell?

They planted the information in the Trump Campaign. Then they used that fact to justify spying...er...ah... investigating. It’s a classic Sting Operation.

Congress has made it clear, they do not trust barr to do a fair investigation. It’s time to appoint a special council. That should satisfy the dems.

Leon Edward Panetta is an American politician who has served in several different public office positions, including the Secretary of Defense, Director of the CIA and White House Chief of Staff.

Makes me wonder if David Petraeus would not do the dirty deeds so they outed him.

Panetta was Chief of Staff for Bill Clinton and served as Director of the CIA for Obama. He is involved.

“Errend boy” is a pretty generous description of the media’s role. In many cases they actively engaged in the coup by not only printing stories they knew were unverified but also suggested stories to embellish the false accusations.

“I got 30 months in prison. Why does Leon Panetta get a pass?”

The confirmation in December that former CIA Director Leon Panetta let classified information slip to “Zero Dark Thirty” screenwriter Mark Boal during a speech at the agency headquarters should result in a criminal espionage charge if there is any truth to Obama administration claims that it isn’t enforcing the Espionage Act only against political opponents.

I’m one of the people the Obama administration charged with criminal espionage, one of those whose lives were torn apart by being accused, essentially, of betraying his country. The president and the attorney general have used the Espionage Act against more people than all other administrations combined, but not against real traitors and spies. The law has been applied selectively, often against whistle-blowers and others who expose illegal, corrupt government actions. 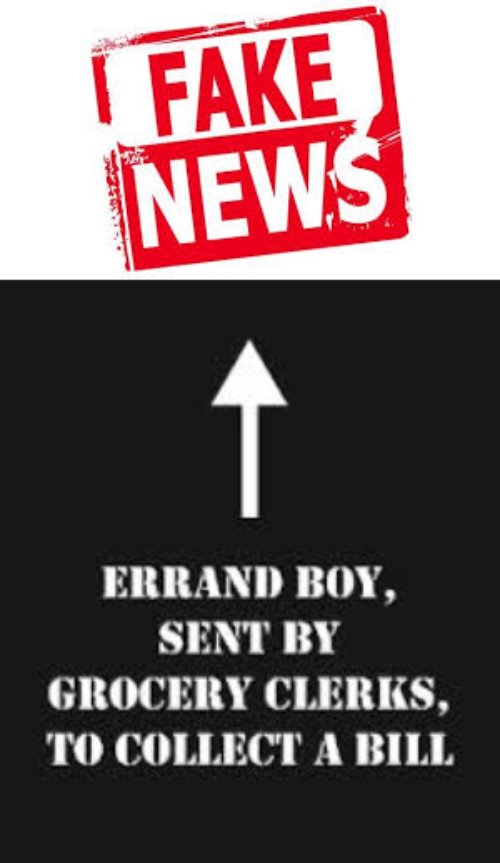 Bullshit, they weren’t errand boys, they were and are cheerleaders!

Anderson Cooper was previously with the CIA. The broadcasting companies admitted on television back in old black and white TeeVee days that they employed CIA. GHW Bush was head of the FBI just long enough to spike Congresses’ attempt to have the CIA name it’s operatives then employed in the media. The CIA has owned and operated the media for decades. The MSM is the “customer facing” wing of the DS. Not every fake news journalist is CIA, but CIA is the reason why you can hear the exact same talking points on most stations.

13 posted on 05/07/2019 1:10:30 PM PDT by ransomnote (IN GOD WE TRUST)
[ Post Reply | Private Reply | To 1 | View Replies]
To: Regulator
“Imagine how that sentence would be written if a Republican president spied on a Democratic candidate” We already know. It was called Watergate.

In context, this makes Watergate look like a non very serious clumsy amateur office break in compared with a total hijacking of most government agencies for illegal corrupt political purposes.

So-called “Watergate” (G_d, I’m sick of that name!) makes my parents generation look like retards. They actually believed every word that came out of that old goat Walther Krankenhouse’s mouth!

I remember when I was only about 7 years old, realizing that Krankenhouse always told the story backwards. I would see Israeli tanks and bottle-thowing rag heads, and only after a half hour of bulging-eyed criticism of Israel would be shown the smoldering wreckage of a school bus full of Jewish children that the murderers-R-us palis had blown up at the start of the day. Even (or maybe only) a 7-year old could figure out what was going on.

Yep, the corrupt liberal media has been corrupt and will continue being corrupt. The only change is people didn’t realize how corrupt Cronkite was, they understand now that the media is really Left Wing activists full of hatred.

What if many top news editors and programers are on call basis CIA contractors? They are recruited out of college. They do it in many countries. They learnt from the KGB that the media manufactures electoral consent. Eg, the climate change hoax.

Yea. They were very sheltered and gullible. Just look at video of stupid hippies spinning around and giggling because they smoked some weed. Freakin sheep.