House Reps. Liz Cheney and Alexandria Ocasio-Cortez clashed on Twitter over each other's understanding of the Constitution.

Cheney, R-Wyo., took issue with a comment Ocasio-Cortez, D-N.Y., made during a recent MSNBC town hall event in which the freshman congresswoman talked about Democrats being in control of Congress in the 1930s and 1940s.

“When our party was boldest, the time of the New Deal, the Great Society, the Civil Rights Act and so on, we had, and carried, supermajorities in the House, in the Senate. We carried the presidency,” she told MSNBC’s Chris Hayes.

“They had to amend the Constitution of the United States to make sure (President Franklin D.) Roosevelt did not get reelected,” Ocasio-Cortez continued.

In response to Ocasio-Cortez’s remarks, Cheney tweeted: “We knew the Democrats let dead people vote. According to AOC, they can run for president too.”

TOPICS: News/Current Events; Politics/Elections; US: New York; US: Wyoming
KEYWORDS: 22ndamendment; againreally; alreadyposted; anotheraocthread; aoc247; aocderangement; aocliveshere; aocrentfree; cheney; derangementsyndrome; dickcheney; duplicatepost; enoughaocalready; fdr; franklindroosevelt; lizcheney; newyork; nonstopaoconfr; ocasiocortez; rentfree; rentfreeonfr; wyoming Navigation: use the links below to view more comments.
first 1-20, 21-25 next last
Is she really this ignorant? And the Civil Rights Acts? Doesn't she know Republicans voted Yea at a far higher percentage from Democrats. Did she learn nothing in college, or did they teach her nothing. Hope whoever paid what was very expensive tuition can get a refund.
1 posted on 04/02/2019 5:48:55 PM PDT by SJackson
[ Post Reply | Private Reply | View Replies]
To: SJackson

Overheard some drunk guy in the bar she was working at.

Always call her Cortez. She hates it and we hate her. 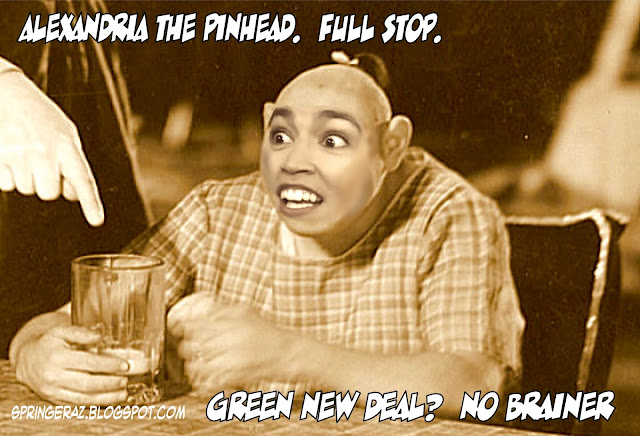 Always call her Cortez. She hates it and we hate her.>> the conquistadors of the inca’s, mayaas and south american indigenous people. fancy bad man.

I caught the civil rights act too. For one this girl has zero knowledge of history at all. Most responsible people when making statements they know nothing about, look it up somewhere, like Google, before opening their mouths.

She has got to be listening to the crap her handlers are telling her, who in my understanding are recent immigrants themselves or outright foreigners.

She’s a stupid puppet on a string, and proud of it.

What a moron. Fdr died 1 month after he was elected in ‘45. It was not radified until ‘51. But it sounds like the b!tch wants it repealed so Trump can run for a 3rd term. Therefore, I support her!

Cheney, who received a J.D. from the University of Chicago Law School in 1996, continued to throw barbs at Ocasio-Cortez and tweeted a video from “Schoolhouse Rock” that talks about the basics of the Constitution.

“Hey AOC, I know you’re busy so I thought this short would be helpful to introduce you to the basics of the Constitution. If you’re still trying to figure out how a bill becomes a law, they have a great video on that, too,” she wrote.

it is not Trump. The socialist want to change rules so next time they have white house they can keep forever

Liz Cheney would mop the floor with Cortez.

Cortez wouldn’t know what hit her. She’d wake up wondering what happened.

So called AOC is one of the many aliens depicted in the motion picture Men in Black. The rest of them were also Democrat Socialists. They were available at the time, and the casting was perfect.

Airhead Of Congress, Boston University should ask for their diploma back.

To be fair, AOC has fewer than 22 fingers and toes.

“Discussion” about a Presidential term limit probably began in the 1700s. When discussion on a topic started is irrelevant. The 22nd amendment was debated and passed after FDR was dead.

Just about every single week, you have some reminder of her mental capacity being that of a 12-year-old school-girl. Just on knowledge alone, she lacks so much education. You really start to wonder how she got out of high school, or college...yet be this lacking.

Be very careful about getting into it with A-OC. A few pithy comments now and again are fine. Anyone actually getting into a conversation or debate will only have their own IQ reduced through interaction with such a moron.

On the other hand, as more and more of her inner socialist self is revealed, we discover the National Socialist, who cannot abide any disagreement or contrary thought. Those not conforming to the National Socialist way of thinking will either be sent to re-education gulags, or just eliminated outright.