WHAT IF BERNIE SANDERS HELD A RALLY IN A BLACK CHURCH AND NO BLACKS CAME?
Powerline ^ | March 20,2019 | PAUL MIRENGOFF

The Washington Post reports that a Bernie Sanders rally held in the gym of a black church in North Charleston, South Carolina drew more than 1,600 people. Fewer than 40 were black.

Sanders has a problem with black voters, especially in the South. As one South Carolina Democratic leader, a Sanders supporter, said:

It’s more. Sanders is uncomfortable with identity politics. He preaches socialism. I’ve seen no evidence that socialism holds any special attraction for blacks, as compared to white Democrats. A great many, I assume, are impressed with capitalism and just want to make out better under it.

Elizabeth Warren also has a problem with African-Americans. The same Post article describes an event in Greenville, South Carolina held at a “politically active” church. More than 800 people attended, but “only about a dozen black faces were visible.”

Unlike Sanders, Warren is fine with identity politics. Indeed, she’s a practitioner of it. But her attempt to prove her status as part-Indian made her a laughingstock. I doubt many blacks were impressed.

Moreover, Warren, like Sanders, is old and sounds like a professor. In fact, she was one not all that long ago.

It’s difficult to see either Sanders or Warren competing successfully for black votes against a riveting African-American stump-speaker like Cory Booker, or even the less than riveting Kamala Harris. And if Joe Biden enters the race, he should do best among black voters willing to back a white contender, given his connection with former President Obama.

Bernie needs to fire his advance people for not hiring enough “followers”.

A lot of blacks hate Jews.

Blacks are big in the Dim primary because of their large percent of population in the southern state primaries. They pulled Hillary Criminal through in 2016. Without them she would have lost to Bernie.

Ain’t nobody got time for that?

One of the biggest reasons Hillary lost was because she failed to inspire blacks and turn them out to the polls - that was obvious the night before the election when there was sparse black attendance at her big rally in Philadelphia - next day Pennsylvania went for Trump - without a black of some sort at some level on the ballot in 2020, ‘rats are in big trouble.......

Hey il sell you a bicycle

But her hubris was so complete she believed she would coast to victory.

There is a far bigger divide between Blacks and Whites in the RAT Party than they and the MSM want to admit. Most White liberals are not gonna vote for a CBC member in a statewide race. That’s why Maxine Waters and Sheila Jackson Lee can only win in overwhelmingly Black congressional districts. I was a Democrat for many years until 2008, and heard more than a few “tolerant” White libs utter the N word when there were no Blacks around to hear it. The White liberal power class has never have nor do they ever truly want Blacks to rise to positions of prominence in this country. It’s about patronizing and controlling them and their VOTES!

Held at a church? Why aren’t Sanders supporters screaming and crying about separation of church and state?

What if Hillary gave a speech in a black church and didn’t trot out a hokey accent to “connect” with the congregation?

At that church meeting, I wonder if Bernie, under his breath, did his Clevon Little imitation, saying “Where the black folk at”?

Bernie sounds like an old man sending soup back at a deli.

17 posted on 03/21/2019 12:34:03 AM PDT by Old Yeller (Auto-correct has become my worst enema.)
[ Post Reply | Private Reply | To 1 | View Replies]
To: Hojczyk; V K Lee
"Sanders is uncomfortable with identity politics. He preaches socialism. I’ve seen no evidence that socialism holds any special attraction for blacks, as compared to white Democrats."

True. Socialist Killing Fields are oblivious to races, ethnic groups, classes, and the color of your skin. Everyone is treated equal. 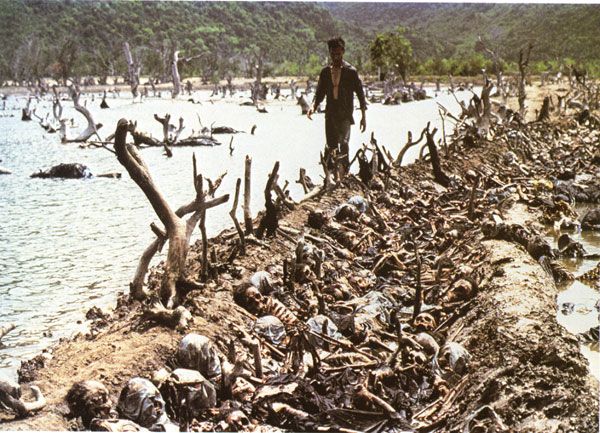 That’s an excellent point. A friend of mine was a black Secret Service agent in the Clinton White House. He told me he’d NEVER heard the “N” word as much as he did in the White House. Likewise, none other than LBJ was a notorious racist - a real one.

Bernie has an exactly zero chance at winning the Democrat primaries. Not because his ideas are too extreme or nutty for Democrats - far from it - but because they’re simply not the sort of extreme or nutty ideas that today’s leftists focus on. Social Justice Warriors on college campuses want to hear about identity politics grievances based on race and sex, not Medicare for all. Radicalized racial minorities want to hear “stick it to whitey,” not about free college attendance.